Watch our next lecture for free online,
broadcast live from Caltech!

SINCE 1992, the Skeptics Society has sponsored the Skeptics Distinguished Science Lecture Series at Caltech: a monthly lecture series at the California Institute of Technology in Pasadena, CA. Most lectures are available for purchase in audio & video formats. Watch several of our lectures for free online. Our next lecture is… 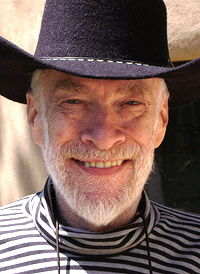 Moral Origins: The Evolution of Virtue, Altruism, and Shame

If the human instinct to survive and reproduce is “selfish,” why do people engage in self-sacrifice, and even develop ideas like virtue and shame to justify that altruism? Many theories have been put forth, some emphasizing the role of nepotism, others emphasizing the advantages of reciprocation or group selection effects. Evolutionary anthropologist Christopher Boehm offers an elegant new theory. Tracing the development of altruism and group social control over 6 million years, Boehm argues that our moral sense is a sophisticated defense mechanism that enables individuals to survive and thrive in groups. One of the biggest risks of group living is the possibility of being punished for our misdeeds by those around us. Bullies, thieves, free-riders, and especially psychopaths are the most likely to suffer this fate. Getting by requires getting along, and this social type of selection, Boehm shows, singles out altruists for survival. This selection pressure has been unique in shaping human nature, and it bred the first stirrings of conscience in the human species. Dr. Boehm offers profound insight into humanity’s moral past—and how it might shape our moral future.

NEW ON SKEPTICBLOG.ORG
What is a “Fair Share” in Paying Taxes, Anyway?

In this week’s Skepticblog, Michael Shermer comments on Mitt Romney’s taxes and asks is it “fair” that Mitt had to pay two orders of magnitude more in tax dollars than he did in 2011, or is it fair that Shermer had to pay double the percentage of income that Mitt paid? It all boils down to what we mean by “fair” when it comes to taxes, and that in turn depends on what we want as a society: equality of opportunity or equality of outcome?

The Latest Episode of Mr. Deity: Mr. Deity and The Signs (Part Deux)

In this week’s eSkeptic, Frank Miele reviews The Last Myth: What the Rise of Apocalyptic Thinking Tells Us About America by Mathew Barrett Gross and Mel Giles (Prometheus Books, 2012, ISBN 978-1616145736).

Senior Editor Frank Miele brings his diverse talents as a researcher, technical writer, teacher, stand-up comic, and musician to Skeptic magazine and Skeptics Society events. He has interviewed many of the major figures in debates over IQ, evolutionary psychology, overpopulation, global warming, and the environment, and other hot topics that may be found on the websites for Skeptic, Human Behavior and Evolutionary Society, and others. 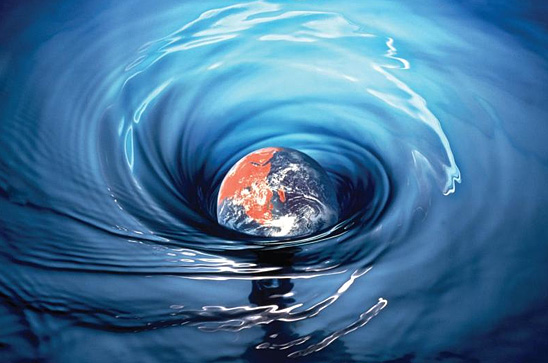 a book review by Frank Miele

Translation: “The finest trick of the devil is to persuade you that he does not exist.”

Charles Baudelaire was a major innovator in French literature (among those he influenced, fellow poets Mallarmé, Verlaine, Rimbaud, composer Claude Debussy)—and the higher artistic regard given the works of Edgar Allan Poe in his country than in Poe’s may in large part be due to Baudelaire’s translations. (As may also be true for those of K. D. Balmont and V. Y. Bryusov in Tsarist Russia). A contemporary, colloquial translation of his above bòn mót was used most memorably in the cult classic neo-noire film, The Usual Suspects.

Baudelaire and Keyser Söze (ranked #48 on the American Film Industries list of all-time movie villains) notwithstanding, the devil’s greatest trick may be to convince us that he does exist. Because if he does, he certainly can’t be us or what we believe in. Therefore he must be some other person, group, nation, or belief. And since it’s the devil we’re after, no ways or means can be spared in routing him out and keeping him caged until the apocalyptic “final showdown” when Ultimate Good gives Ultimate Evil its final Smack Down.

The point to be made is that without some form of existential (d)evil, existential fear of an apocalypse is at a minimum diminished and at maximum rendered meaningless. But if accepted, apocalypticism can be downright dangerous. And that’s the take home lesson and significant contribution of The Last Myth. Authors Gross and Giles entertainingly and informatively, if at times breezily, explain why what they term “apocalyptic thinking,” which they define as “a pattern of thought that assumes that end of our way of life (if not physically the end of the world itself) is imminent” (pp. 11–12) has undermined “our ability to gauge the magnitude of the global challenges rushing towards us” (p. 28). In supporting their thesis, they document that “apocalypticism” is neither “built into the human brain,” nor has it been present always and everywhere, and that even where well rooted (notably the United States from the outset) it has waxed and waned depending on other factors.

In making their case, the authors compare and contrast the optimistic decade of the 1990s, kicked off and epitomized by Francis Fukuyama’s 1989 article, “The End of History,” which argued that with the fall of Soviet communism all political questions had been solved and so liberal democracy would reign peacefully throughout the world, with what they term, “The Apocalyptic Decade” which exploded from lower Manhattan to worldwide cable TV news on September 11, 2001 and, in the minds of many, will end in a worldwide catastrophe at the end of the Mayan long cycle on December 21, 2012 or thereabouts. (They review the evidence, also covered in Skeptic magazine 15.2, that this is a misinterpretation of the Mayan “long cycle”; my own favorite hypothesis is that MesoAmericans simply ran out of stone.)

Among the most interesting items covered in The Last Myth is Todd Strandberg’s Rapture Index. An Air Force retiree and born-again Christian, Strandberg developed the Index in the 1980s, not to specify when the Rapture is coming, since “no man knows the day or the hour” (Matthew 24:36) and an endless string of pseudo-exegetes have turned out to be super-stupid trying, but what is the trajectory of events portending the Tribulation (“the tumultuous days prophesied in the Bible that would precede the return of Christ”). Is it accelerating, decelerating, or remaining the same? 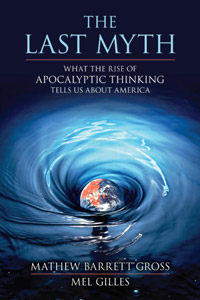 And what really are the signs of the end times? Among those considered for the Rapture Index are such obvious markers straight out of the of the Book of Revelation: False Christs, the Occult, Satanism, Apostasy, False Prophets, Gog (read Russia), Persia (read Iran), the Kings of the East, the Mark of the Beast, Beast Government, and, of course, The Antichrist, as well as Anti-Semitism and Israel (though these had somewhat different valence and interpretation among Bible Belters not that long ago); but also some more often associated with the Wall Street Journal such as Unemployment, Inflation, Interest Rates, and Oil Price; or the Weather Channel such as: Volcanoes, Earthquakes, “Wild Weather,” Famine, Drought, Climate, and Floods.

Giles and Gross note that Strandberg became frustrated because the various apocalyptic timekeepers gave “wild and wildly varying interpretations…to the daily news” and couldn’t even agree whether “earthquakes were increasing or decreasing in frequency.” They note his consternation upon realizing that, “If people can’t even count something as simple as tectonic movements of the earth, what yardstick would they possibly use to measure something like apostasy?” (pp. 29, 217, n. 14).

For all its virtues, the authors of The Last Myth fall victim to the very sort of thinking they warn against, perhaps understandably so given that, like all authors, they want to sell their book. They too easily divide time periods (decades, even centuries), authors, and worldviews into neat, little pigeonholes of Apocalypticism versus Pragmatism. In discussing Francis Fukuyama and his landmark article, ‘the End of History’ they write, “it’s important to remember the earnestness of the delusion that we had escaped history—a delusion that spread from Washington to the NASDAQ to the Top 40 charts—for it represents the starting point in our bipolar shift in consciousness toward apocalyptic despair. Our exuberant optimism would soon boomerang back at us. From the highest hopes come the deepest disappointments” (p.23). Then they go on that, “Indeed, Y2K established the tone for the decade to follow” (p. 28).

No. Widespread apocalypticism did not undermine the greater society’s ability to gauge the magnitude of that “oncoming challenge.” It’s true that media evangelists did churn out booklets with titles like Y2K = 666? (note the escape hatch question mark) which implied that a worldwide crash of communications and computer systems could be the start of the end, and they made real money selling them to their believers. But at the same time real businesses, from Fortune 500 corporations down, with real interests made the necessary changes to software and documentation that prevented even the slightest glitch—and many of us in IT made real money implementing them.

Further, in the interests of being evenhanded, Gross and Gilles stretch their hands a bit too far. They criticize not only the Doomsday Sayers of the Religious Right, but also Nobel Laureate and former Vice President Al Gore and Jared Diamond for their works on climate change and ecology. Nor is sufficient attention given to the demographics of Apocalypticism. What are the age, race, religious, educational, sexual, political, and marital characteristics of those who believe versus those that do not.

With those reservations, however, The Last Myth is still worth reading, especially for those wanting to begin taking a skeptical look at a subject that fully deserves one.

Skeptical perspectives on the end of the world…

A History of the End of the World: How the Most Controversial Book in the Bible Changed the Course of Western Civilization
by Jonathan Kirsch

The question of how and when the world will end has captivated thinkers for centuries. In this lecture, Kirsch takes viewers on a 2,000-year journey and shows how churches, philosophers, clergy and armchair interpreters have promoted their political, social and religious agendas based on their belief that the end was imminent…

The Astrobiology and the Life and Death
of Planet Earth
by Dr. Peter Ward and Dr. Donald Brownlee

Ward and Brownlee use the process of planetary evolution to show that complex intelligent life is likely to be extremely rare in the cosmos, and that we are living near or shortly after Earth’s biological peak. They speculate about how planets die, and what the likely fate of our own planet will be.

2012 — The End of the World Again?
Skeptic magazine 15.2
Read some articles from this sold out issue for free online!

Topics in this sold out issue include: A NASA Scientist Answers the Top 20 Questions About 2012; Large Hadron Collider: Will Physicists Destroy the World? Pro & Con; Why Atheism & IQs Are Rising; Vaccines & Autism: A Deadly Manufactroversy; Skepdoc on Chiropractic; Coriolis Effect Myth; Thetis Lake Monster… Read several articles for free online (click the blue titles in the Table of Contents).