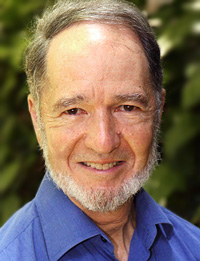 The World Until Yesterday:
What Can We Learn from Traditional Societies?

Mega-bestselling author of Guns, Germs, and Steel and Collapse, Dr. Jared Diamond surveys the differences between “traditional” societies and industrial or post-industrial societies, with an eye to the question: what can we learn from the former that can make the world we live in a better place for all of us? Today, citizens of industrial states take for granted metal, writing, airplanes, police and government, overweight people, meeting strangers without fear, heterogeneous populations, and so on. But all those features of modern human societies are relatively new in human history.…

In the flyer that went out in the mail announcing our Fall 2012 lecture series events at Caltech, this Jared Diamond lecture mistakenly read Sunday January 5. It should have read SATURDAY, January 5.

In 1969, Princeton physicist Gerard O’Neill began looking outward to space colonies as the new frontier for humanity’s expansion. A decade later, Eric Drexler, an MIT-trained engineer, turned his attention to the molecular world as the place where society’s future needs could be met using self-replicating nanoscale machines…

In this week’s eSkeptic, Daniel Loxton warns that skeptics may underestimate the amount of distress caused by fears of a 2012 apocalypse, especially among children. This article first appeared on Skepticblog on June 8, 2010. 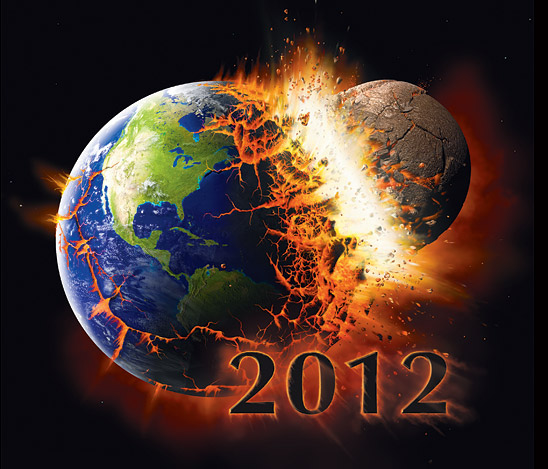 Children Waiting
for the End of the World

As a child in the 1970s and 80s, I often had an experience which must have been even more familiar to children of the 1960s: lying awake at night, alone in my room, paralyzed with terror about nuclear armageddon. In those Cold War days, the end of the world seemed oppressive and omnipresent, especially for a child. Every Hollywood movie, every news story about the arms race and the Doomsday Clock seemed to whisper in my ear at night, “It could happen at any moment. It could happen before you wake up.”

Not every kid my age had that fear, but many did — I think probably millions. Perhaps you were one of the kids who felt yawning horror at each unexpected flash on the horizon, or relief at the sound of ordinary thunder?

I was recently reminded of those feelings when I received a kind letter from a man named Jason Guay. A child mental health therapist with Niagara Child and Youth Services, Jason wrote to share one of the most encouraging things I’ve heard during my tenure at Junior Skeptic:

Many of the children I serve suffer from mental illness and I think they deserve only the best science has to offer if they are to have a chance. Your issues of Junior Skeptic are read to my children in my social skill class and compliment cognitive-behavioural therapy nicely! They often come in with irrational beliefs (phobias/generalized anxiety) and by reading Junior Skeptic they are able find courage to challenge many of these irrational beliefs and start to think like a scientist, resulting in reduced anxiety. …

I often use the Scooby Doo issue to help ease children’s anxiety of ghosts and the unknown and it is very effective. Good job!

I have a young son of my own, so you can imagine what a letter like that feels like. But Jason went on to say something more, something I thought I should share with you.

Lately, I have had a lot of kids who come very concerned about the end of the world in 2012. … These poor children often tell me that have had countless sleepless nights, and have lower grades as a result of their worry.

I think you may be able to imagine how I — as a father — feel about that, too.

I’ve long suspected that we skeptics may underestimate the amount of distress the 2012 idea is causing. Skeptics know that the end of the world has come and gone hundreds of times, and so we feel in our hearts that this 2012 business must be a trivial issue. It’s easy to feel cavalier about fears we don’t share. It’s easy to forget what those night terrors feel like — especially for children.

Of course kids are worried about 2012. Hype about the coming end of the world is everywhere. Nor is it only kids who are concerned. In my immediate circle, I know at least three adults who are deeply worried, and others who have at least occasional moments of “what if?” unease. At a picnic yesterday, sitting there in the evening sun, a friend with a hard science degree asked, “Doesn’t it seem like there’s something weird going on with the Earth? All these earthquakes, volcanoes…?”

That’s not a dumb question. It does seem that way. I know I’m thinking a lot more about earthquakes after Haiti. But seeming doesn’t make it so, and thankfully there are ways to find out. “Well, you have an iPhone in your hand,” I said. “Why don’t you Google it right now?” 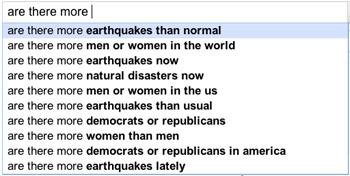 And that’s what she did, right there on the beach. Of course, my friend has the research habits to have done that without my suggestion. She also has the scientific background to feel satisfied with the answers from the US Geological Survey or this short, simple New York Times article from British Geological Survey seismologist Roger Musson. (Incidentally, the answer is “No.” Recent earthquake activity has been especially tragic, but not unusually powerful or frequent.)

But not everyone has those skills (or, for that matter, confidence in science). I don’t mean a word of judgment when I say that. When grandparents hear from their friends or grocers or televisions that the hundreds of thousands of 2010 earthquake victims are just the beginning, why shouldn’t that give them pause? When children hear the same thing, why shouldn’t they be afraid?

As I type this, some of those children are lying awake with the terrified belief that the world will end in two years. Their nightmares are like my own childhood nuclear horror, but different in one critically important respect: 2012 fears are not based on an actual danger. What’s the harm of 2012 scaremongering? Children suffering for no reason.

What do we, as skeptics, do about that? Step one is simply to internalize the same truth again and again and again: when paranormal beliefs burn out of control, people get hurt. Ordinary, smart, good people — people like your loved ones, and mine. 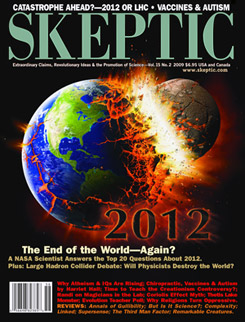 And then, we need to roll up our sleeves. With that in mind, I’d like to ask you to do something this week, something small: try to make someone feel better about 2012. Talk to a friend. Tweet a resource. Share a link.

Here’s mine: Skeptic magazine has made available our recent “A NASA Scientist Answers the Top 20 Questions About 2012” cover story (by Dr. David Morrison, Director of the NASA Lunar Science Institute and Senior Scientist in the NASA Astrobiology Institute). It’s free in both English and Spanish translation.