Our Next lecture at Caltech PATRICK McCRAY January 20th 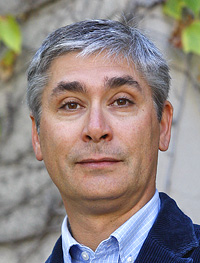 The Visioneers: How a Group of Elite Scientists Pursued Space Colonies, Nanotechnologies, and a Limitless Future

In 1969, Princeton physicist Gerard O’Neill began looking outward to space colonies as the new frontier for humanity’s expansion. A decade later, Eric Drexler, an MIT-trained engineer, turned his attention to the molecular world as the place where society’s future needs could be met using self-replicating nanoscale machines. These modern utopians predicted that their technologies could transform society as humans mastered the ability to create new worlds, undertook atomic-scale engineering, and, if truly successful, overcame their own biological limits. In this lecture, based on the book by the same name, Patrick McCray traces how these visioneers blended countercultural ideals with hard science, entrepreneurship, libertarianism, and unbridled optimism about the future… 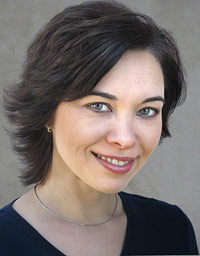 We all survived one more end of the world scare! Now that we are still here, Derek decided to sit down with Doubtful News Editor Sharon Hill to review some of the big skeptical news stories of 2012 and get her thoughts on what might be looming over the horizon for 2013.

Get the Skepticality Podcast App
for Apple and Android Devices!

In this week’s eSkeptic, Michael Shermer reviews Antifragile: How to Live in a World We Don’t Understand, by Nassim Nicholas Taleb (2012, U.S. edition published by Random House, subtitled “Things That Gain from Disorder”). Order the hardcover book or the Kindle Edition. This review was originally published in Nature, Nov. 21, 2012.

Not Fooled by Randomness

Nassim Nicholas Taleb has built his career and reputation around understanding random, rare, and high-impact “Black Swan” effects that he defined, described, and fleshed out theoretically in his first two books, Fooled by Randomness (2001) and The Black Swan (2007). Taleb’s new book, Antifragile: How to Live in a World We Don’t Understand, is the third in what might be considered his trilogy, although he says “Antifragile would be the main volume” (p. 13) with the others as backdrop.

Whatever the relationship of the three volumes, if you like Taleb’s free-flowing stream-of-consciousness style writing, Antifragile offers over 500 pages of it, most of which derives from his personal experiences that he often highlights with snarky asides and personal digs, for example, “practitioners are too busy practitioning so they don’t usually write books, articles, papers, speeches, equations, theories and get honored by Highly Constipated and Honorable Members of Academies” and “We are witnessing the rise of a new class of inverse heroes, that is, bureaucrats, bankers, Davos-attending members of the I.A.N.D. (International Association of Name Droppers), and academics with too much power.” Of his methodology, Taleb explains, “I feel corrupt and unethical if I have to look up a subject in a library as part of the writing itself. If the subject is not interesting enough for me to look it up independently, for my own curiosity or purposes, and have not done so before, then I should not be writing about it at all, period.” (p. 14).

Forewarned is forearmed. This is not a history of the science of randomness and responses to it. It is what Nassim Taleb—no more and no less—thinks on the subject. This approach has it’s pluses and minuses.

In Antifragile, Taleb offers suggestions (commandments, really, that companies pay him a lot for but you can get for the price of a book) on how to live in a world that is unpredictable and chaotic, and how to thrive during moments of disaster. The opposite of “fragile” is not “robust,” Taleb opines, since robustness only strengthens the resolve of an individual or organization to resist change. Antifragile means prospering from randomness, uncertainty, opacity, adventure and disorder, and benefitting from a variety of shocks. Taleb applies the concept in many areas: evolution, politics, business innovation, scientific discovery, medicine, economics, ethics, and epistemology. (Taleb’s nimble mind wanders freely across the knowledge spectrum.) The failure to respond appropriately to randomness and chance shock events has meant the downfall of civilizations, economies, markets, and corporations. Thus, Antifragile also offers solutions on how to avoid the pitfalls of Black Swan events, prosper from uncertainty, and build antifragility into your life (or company or economy or society—this is a big picture book).

Take size, for example. You might think that being big (as in a big nation or big corporation) would build in a buffer to Black Swan events (“there’s a lot of ruin in a nation” Adam Smith famously observed). Business schools teach the virtues of “economies of scale,” but Taleb writes that “size hurts you at times of stress; it is not a good idea to be large during difficult times.” In support, he notes that “some economists have been wondering why mergers of corporations do not appear to play out” in terms of efficiency, and that “the numbers show, at best, no gain from such increase in size” and that studies over the past quarter century confirm “There appears to be something about size that is harmful to corporations.” (pp. 302–303). Think AOL-Time Warner. Or, Taleb conjectures, think of how “large animals, such as elephants, boa constrictors, mammoths, and other animals of size tend to become rapidly extinct.” (p. 303).

Herein lies two caveats I would offer to this style of analysis: the hindsight bias and the confirmation bias. It is easy to look back and pluck out examples from the historical record of animals and corporations that failed to respond in an antifragile way to Black Swan events (dinosaurs and mammoths, Blockbuster and Borders). But, in fact, boa constrictors and other large mammals are flourishing, as are the Brobdingnagian Apple and Google, who seem to be thriving as they gobble up competitors and prey. Taleb knows all about these cognitive biases and rails against them himself, but none of us are above bias and as I read Antifragile I found myself thinking more of the exceptions than the rule.

I have long admired and appreciated Taleb’s insistence that we recognize the power of chance and randomness to rule our lives, because by another quirk of our cognition that I call patternicity we tend to find patterns in random noise and concoct probable causal narratives to connect the dots where no connections actually exist. For that alone Taleb deserves our respect, and his work commands our attention. But much of life is not ruled by randomness and Black Swan events. The 2008 economic collapse, for example, may seem to be quintessentially Black Swanish, but the recovery since has been driven by predictable economic forces implemented judiciously by the Fed. And I’m not even sure the collapse of the housing and banking industries that triggered it was quite so random and unpredictable. Indeed, Taleb himself predicted it, as did others, based on the long, slow bubble build up as a result of easy credit, government policy, Wall Street avarice, and other unsurprising forces. 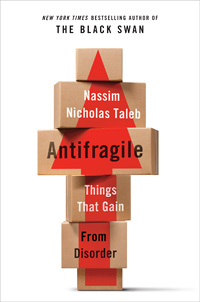 Or take another long-term trend—the decline of violence—thoroughly documented by the Harvard psychologist Steven Pinker in his 2011 book, The Better Angels of Our Nature. This trend has been so slow and steady across so many domains (wars, revolutions, homicide, rape, crime, child abuse, spanking, animal cruelty, racism, lynchings, bigotry, homophobia, and the like) that it took Pinker over 800 pages to document it all, and throughout I cannot think of a single random, Black Swan-like event that triggered anything but a minor wrinkle in the centuries-long trend. Most of the time in most areas of life the laws of nature and society grind glacially along, oblivious to the occasional burp that, in the short run may look devastating, but in the long run gets absorbed in the trend-line. Even an apparently obvious exception, such as the Second World War, was not a random Black Swan event, but was instead the product of at least half a century’s worth of political, economic, and social forces that led from the unification of Germany in 1871 through the First World War and the Great Depression. Placed on a graph, such events appear random and Black Swanish, but when examined more closely they turn out to be the result of known forces that may have seemed unpredictable at the time, but in hindsight can be of great value to us in understanding cause-and-effect relationships in complex systems.

Perhaps this is Taleb’s point in Antifragile. His heavy emphasis on randomness occasionally obfuscates the power of the predictable, and the emphasis on the former over the latter in a narrative of this sweep may distract from this larger point. In any case, there is much to learn from a mind this facile, so don’t take my word for it—read the book yourself. If nothing else it makes you see the world in a new light and that is, quite possibly, the best way to be antifragile.