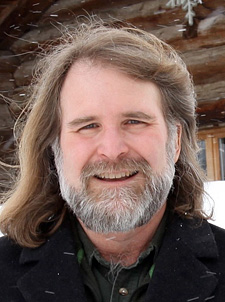 This week on Skepticality, Derek interviews geomorphologist and Professor of Earth and Space Sciences (University of Washington) David R. Montgomery about how his work led him to write his latest book The Rocks Don’t Lie: A Geologist Investigates Noah’s Flood. The book is thoughtful and readable, and attempts to respect both young Earth creationist views and the world of evidence-based geological science. According to the book’s publisher, with “an explorer’s eye and a refreshing approach to both faith and science, Montgomery takes readers on a journey across landscapes and cultures. In the process we discover the illusive nature of truth, whether viewed through the lens of science or religion, and how it changed through history and continues changing, even today.”

The Latest Episode of The Way of the Mister: And I’m a Formon 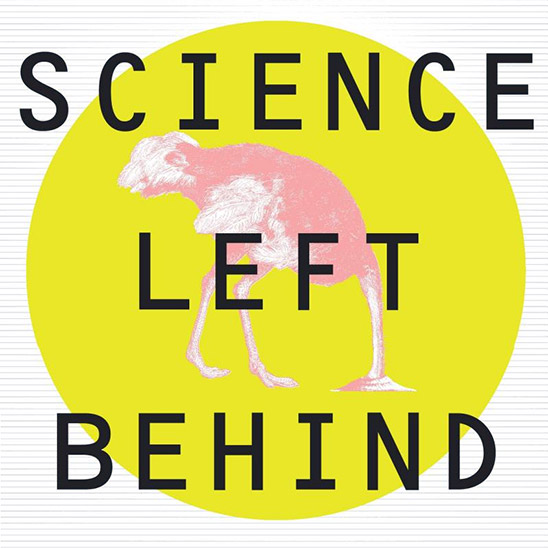 In this week’s eSkeptic, Kenneth W. Krause reviews Science Left Behind: Feel-Good Fallacies and the Rise of the Anti-Scientific Left, by Alex B. Berezow and Hank Campbell (NY: Public Affairs, 2012 ISBN-13: 978-1-61039-164-1). Kenneth W. Krause is a contributing editor and “Science Watch” columnist for the Skeptical Inquirer.

The Progressive War on Science

Let’s settle this thing once and for all—right here, right now. Who are more anti-scientific—Republicans or Democrats, conservatives or progressives? Conventional wisdom would have us believe—or at least so says science writer Chris Mooney—that Republicans have waged an unparalleled and all-out war on science.

Indeed, certain big business interests continue to see basic climate science as an entirely too inconvenient truth. And, yes, some religious leaders will likely always deny the facts of human evolution, abortion, homosexuality, and stem cell procurement and therapeutic cloning. Responsible journalists have documented and exposed these affronts to reason quite thoroughly with appropriate vigor.

But are progressives really so different? Not according to Alex Berezow and Hank Campbell. In Science Left Behind, the authors contend that American media have long bestowed a “free pass” on the political Left (primarily progressives), who are just as likely to “misinterpret, misrepresent, and abuse” science to advance their ideological agendas. In fact, the authors say, progressives are currently waging an “undeclared war on scientific excellence itself.”

They accuse progressives of propagating a number of socially destructive myths, among them the assumptions that everything “natural” is good and everything “unnatural” is bad. Accordingly, homeopathy is just as good as or better than traditional medicine, vaccines actually harm children, and nuclear energy promises unprecedented sickness and loss of life.

Meanwhile, genetically modified foods are decried as both personal and environmental menaces. Never mind that years of testing has yielded no evidence of risk. Forget about the potential of drought-resistant wheat and wilt-resistant bananas to feed starving Africans. And, please, don’t be fooled by researchers’ allegedly noble intentions to use GMOs to combat disease, reduce the use of pesticides, increase agricultural efficiency, and feed starving millions who would otherwise go hungry.

Ideologues also continue to berate scientists for considering cultured, or in vitro meat. Technophobic and anti-corporate, say Berezow and Campbell, progressives claim that laboratory amino acid production will always be more expensive and resource intensive than the obviously foul and unsophisticated system we use on farms today. They have even threatened legal action and years of red tape to discourage the research itself.

But the facts of “slow-grown” meat are compelling, to say the least. Gorging themselves on 40 percent of the planet’s cereal grain, livestock also use and despoil about 30 percent of the earth’s surface, 70 percent of its arable land, and eight percent of its water supply. The world’s 1.5 billion livestock are responsible for between 15 and 24 percent of all anthropogenic greenhouse gases, and beef ranching accounts for 80 percent of Amazon deforestation. Cattle dump 64 million tons of sewage in the United States alone, and pigs, of course, are no less prolific.

The antibiotics we use on farm animals contribute mightily to the emergence of multi-drug resistant strains of bacteria. And what are the most common causes of food-born diseases in the U.S., EU, and Canada? That’s right—contaminated meats and animal products. In rather stark contrast, meat grown in culture doesn’t poop, burp, fart, eat, overgraze, drink, bleed, or scream in agony—and it’s a great deal less likely to poison or infect us.

Unsurprisingly, progressives have corrupted the social sciences too, perhaps to the point of permanent reputational taint among both the general public and the scientific community. Recall, for example, the oppressive and unscholarly manner in which Harvard president Lawrence Summers was vilified in 2005 for merely suggesting that, one, men and women might have distinguishable natural abilities related to math and science, and, two, that personal preference rather than discrimination might account for female “underrepresentation” in high-end STEM careers.

“Summers learned the hard way,” the authors say, “that the feel-good fallacies of progressive thought are stronger than the values of free inquiry and the primacy of the scientific method.” Indeed, where was the intellectual debate before Summers’ resignation in 2006? Is it really so improbable that different genders evolved or learned different talents? Or is it more likely, perhaps, that academics have been bullied into the “gender equality” camp with threats of being branded as sexist?

Berezow and Campbell refer to a “mountain of scientific data” that refutes the unlikely notion of biological gender equality. First, controlling for body size, men’s brains are 100 grams heavier than women’s brains, which results in a 3.6-point intelligence difference. Second, although women have more white matter, men possess more gray matter, which is related to information processing. The jury is still out on the issue of aptitude, the authors admit, but progressives seem to want to “cut science out” of the deliberations altogether.

And the problem appears to reemerge when the question centers more specifically on careers in science. Though progressives continue to “blame sexist men or an oppressive society” for female “underrepresentation” in the high-end STEM fields, say the authors, it has become “increasingly clear” that biology strongly influences our personal preferences. 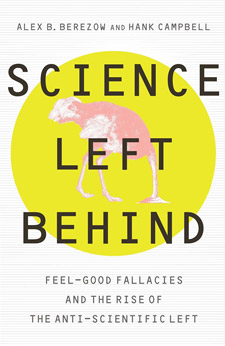 Cornell University researchers Stephen Ceci and Wendy Williams recently published a hard-hitting and no doubt divisive paper addressing this very issue. After reviewing 20 years of data, Ceci and Williams—married with three daughters of their own—decided that the evidence of discrimination against women in math-intensive fields is “aberrant, of small magnitude” and “superseded by larger, more sophisticated analyses showing no bias, or occasionally, bias in favor of women.”

In agreement with their previous analyses, Ceci and Williams surmised instead that the gender gap results primarily from women’s career preferences and fertility and lifestyle choices. In other words, adolescent girls tend to gravitate toward careers focusing on people as opposed to things, and female Ph.D.s interested in childrearing are less likely to apply for or maintain tenure track positions. Incidentally, as a secondary explanation, the duo pointed to evidence for upper tail disparities in cognitive ability.

Richard Lippa, a psychologist at California State University, Fullerton, has recently observed that “[c]ontemporary gender researchers, particularly those who adopt social constructionist and feminist ideologies, often reject the notion that biologic factors directly cause gender differences.” Feminist beliefs are so contrary to mainstream biology, Berezow and Campbell concur, “it is fair to compare their anti-science rhetoric to that of evolution-denying creationists.”

So let’s return to our question—who are more anti-science, conservatives or progressives? Frankly, Berezow and Campbell go too far in their criticisms and provide too little evidence for their claim that all Lefties are “social authoritarians” bent on an everlasting “culture war.”

The fact is that all ideologues are impediments to science, whether libertarians, religious zealots, and free-market fundamentalists on the one hand, or environmentalists, feminists, and social engineers on the other. Science—indeed, truth generally—is served mostly by those who conceive of themselves as individuals first and group members second (if at all). But seldom if ever are its ends advanced by committed disciples to any idea or cause.

The authors are entirely correct, however, in illuminating a salient distinction between politics and science. The former consists of “gotcha” moments and scoring points against the other team. The latter is about proceeding openly and vigorously wherever the data lead, and allowing others the same courtesy. 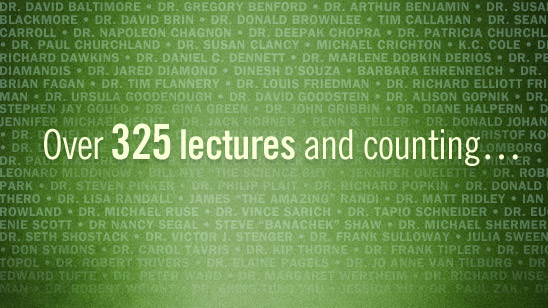 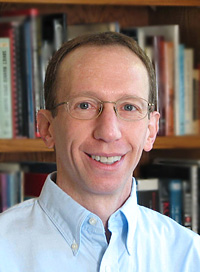 To Boldly Go…Well, You Know: NASA’s Dawn Mission to the Asteroid Belt

THE AMBITIOUS DAWN MISSION, launched in September 2007, is one of NASA’s most remarkable ventures into the solar system. The spacecraft has recently completed a spectacular exploration of Vesta and is now traveling to Ceres; these were among the last uncharted worlds in the inner solar system prior to Dawn. They are the two most massive residents of the main asteroid belt. Ceres is so large that it is included in the category of dwarf planets, along with Pluto. Remnants from the time that planets were formed, Ceres and Vesta hold clues that will help scientists understand the dawn of the solar system. Dawn orbited Vesta from July 2011 to September 2012 and returned astonishing views of this fascinating world. It is the only spacecraft ever to orbit an object in the asteroid belt. Such a mission would be impossible without the use of ion propulsion, a technology that has mostly been in the domain of science fiction, but which was tested extensively on the Deep Space 1 mission, paving the way for Dawn. Dr. Marc Rayman, Dawn’s Chief Engineer and Mission Director at JPL, will describe the Dawn mission and its use of ion propulsion as well as its two exotic destinations. He will also share the excitement and profundity of controlling a spacecraft in deep space.