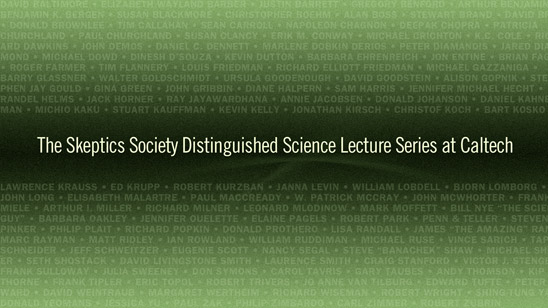 Our Next Lecture at Caltech:
DR. DAPHNE J. FAIRBAIRN 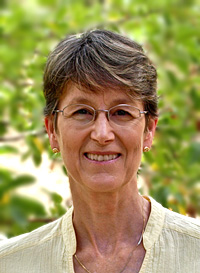 Odd Couples: Extraordinary Differences between the Sexes in the Animal Kingdom

WHILE WE JOKE that men are from Mars and women are from Venus, our gender differences can’t compare to those of other animals. For instance: the male garden spider spontaneously dies after mating with a female more than 50 times his size. Female cichlids must guard their eggs and larvae—even from the hungry appetites of their own partners. And male blanket octopuses employ a copulatory arm longer than their own bodies to mate with females that outweigh them by four orders of magnitude. Why do these gender gulfs exist? This lecture, based on her book, explores some of the most extraordinary sexual differences in the animal world. From the fields of Spain to the deep oceans, evolutionary biologist Daphne Fairbairn uncovers the unique and bizarre characteristics that exist in these remarkable species and the special strategies they use to maximize reproductive success. Fairbairn also considers humans and explains that although we are keenly aware of our own sexual differences, they are unexceptional within the vast animal world.

NEW ON MICHAELSHERMER.COM
Gun Science: How data can help clarify the gun-control debate

In Michael Shermer’s May 2013 ‘Skeptic’ column for Scientific American, he asks “What can be done about gun violence?” Shermer shares some insights that data provides, and dispels some of the myths about guns that don’t stand up to the facts. 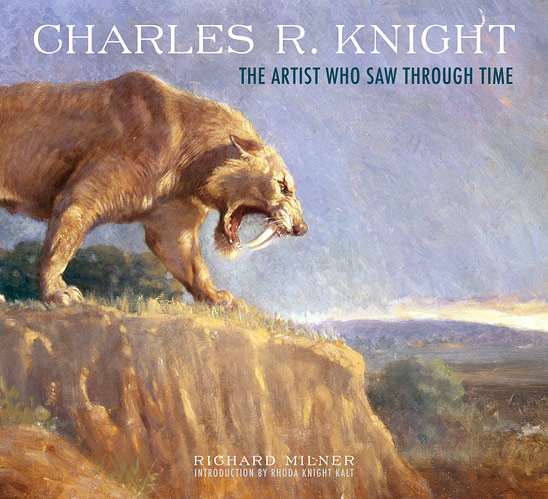 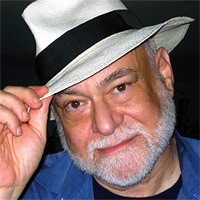 Charles R. Knight:
The Artist Who Saw
Through Time

RICHARD MILNER OF THE AMERICAN MUSEUM OF NATURAL HISTORY has authored a new biography of Charles R. Knight (1874—1953), the famed Brooklyn-born paleoartist and muralist who “invented” our visions of dinosaurs, mammoths and prehistoric peoples.

Milner’s illustrated talk takes us back to the early days of the American Museum and the Bronx Zoo, where Knight sketched a thousand species of living animals before working with paleontologists to bring dry fossil bones back to life. This full-color art book, Charles R. Knight: The Artist Who Saw Through Time (Abrams, 2012), presents the most complete compilation of Knight’s famous works, as well as many “lost” images never before published. Knight’s paintings inspired generations of scientists and filmmakers, as well as children’s imaginations — and the Rudolph Zallinger murals in the Yale Peabody Museum. Rhoda Knight Kalt, the artist’s granddaughter, will briefly share childhood reminiscences of “Toppy.” 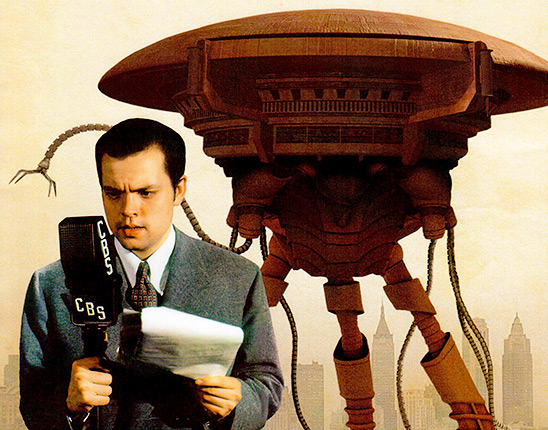 In this week’s eSkeptic, Sharon Hill reviews The Martians Have Landed: A History of Media-driven Panics and Hoaxes, by Robert E. Bartholomew and Benjamin Radford (McFarland, 2012, ISBN: 978-0786464982). Sharon Hill is a researcher and writer specializing in science and the public and is the creator of the critical thinking news blog DoubtfulNews.com.

Of Martians and Media

“Such is the nature of the media with its focus on the unusual and the sensational that it often paints a distorted picture of the world.”

So begins Bartholomew and Radford’s book The Martians Have Landed: A History of Media-driven Panics and Hoaxes.

After this book went to press, we saw additional media panics and hoaxes in the false news spread in the hours before and during Superstorm Sandy that hit New Jersey and New York City in October of 2012, such as the nurse who committed suicide after being the victim of radio hosts calls to the Duchess of Cambridge, Kate Middleton’s hospital ward, and the public outrage, fear and conspiracy mongering that took place immediately after the Sandy Hook shooting. All of these events have their antecedents in stories documented in The Martians Have Landed.

The volume consists of 36 mostly short chapters written primarily by the two main authors but with several guests. The guests’ contributions tend to be slightly longer and more detailed, which makes for unevenness in the flow, but this book is meant to be a panoply of examples. Some of the examples feel familiar (even though I was not there), and readers can see how humans repeatedly react to the same stimuli with different variables even decades later.

Today, the Internet disperses rumor and gossip globally in hours. And once the horse is out of the barn, the act of closing the door is difficult if not impossible. And if it is, only a small sliver of the original audience hears about it. And the myths are perpetuated.

Broken into sections corresponding to the source of the story—radio, television, newspapers, the Internet, friend of a friend, and everywhere at once—this collection contains fascinating stories that you might not believe could happened…but they did. Not all the pieces are satisfying—some are too short or just end abruptly—but collectively, it’s an enjoyable parade of illustrative examples.

The first chapter hooked me. Did you know there was a major radio hoax that terrified London in 1926 before the famous H.G. Wells “War of the World” Martian invasion event? I didn’t. The best part was that American reporters noted that the same kind of thing could not happen here in the U.S. We wouldn’t fall for such mania! Yet, we did and still do. Over and over. Why?

We rely on our networks (the media, our friends and family) to inform us about trouble. It’s not that everyone is just gullible. It’s more about weighing what we see and hear and feel and making the decision we need to make from what we have to work with. If that means thinking that wild animals are on the loose in the city (Central Park Zoo escape hoax) or worrying that there is a razor wielding slasher sneaking around (Ghost slasher of Taiwan) or being paranoid that strangers are waiting around every corner to abduct our kids (Stranger Danger and the Predator Next Door), we reveal what social animals we are.

Problems arise when the information is not accurate or is a deliberate concoction. In the case of radio and TV fictional dramas that (at least some of) the audience thought was real, we see the failure of the disclaimers. People miss them or don’t pay attention. Or, other factors overwhelm assurances, such as a serious tone, historical context, or delivery from trusted sources.

For example, in a chapter devoted to the Satanic Panic of the 1980s and 1990s that was sparked by a best selling book and then fueled by problematic psychotherapy techniques, the authors note that claims of upwards of 50,000 victims of kidnapping and sacrifice went unchallenged. Yet, there was not a single verified case! The tales drew from a societal fear of an evil secret network where victims were subject to horrific scenes with trusted members of the community doing unspeakable things. These stories grew in conjunction with the expansion of television programming. With the explosion of talk shows, hosts such as Geraldo Rivera garnered lots of viewers when the topic generated a moral panic such as the lurid tales of Satanic ritual abuse. 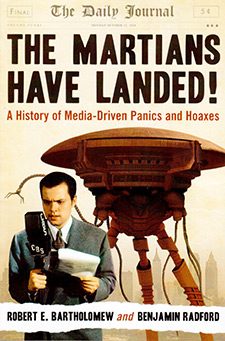 My favorite chapter was about The Batmen on the Moon, an 1835 story that marked the beginning of tabloid journalism. The hoax story included sciencey bits that are so often compelling to readers to convince them of trustworthiness. But the rival newspapers, attempting to fact check, couldn’t confirm the story and worried that they were either missing out on a huge story or, if they bit, they would look foolish for falling for a hoax. Today, with the immediate transmission of news, rumor and gossip on the same social media channels, it hardly matters. The push is for speed, not accuracy. Scoops, not integrity.

The media does not anticipate nor feel very much responsibility for the consequences of spreading less than true tales. We have seen the results in the decline of vaccination rates due to unfounded fears and the spread of conspiracy theories into the mainstream.

That’s why the topic of media-driven panics and hoaxes is very important to comprehend. We are fooled. Often. And we should remember that media is a business more so than a public service. Hyperinflation and sensationalism is the M.O. It has been in the past and will be as far as I can see down the road, and so The Martians Have Landed serves as both a history and prophetic caution for future skepticism of the media.