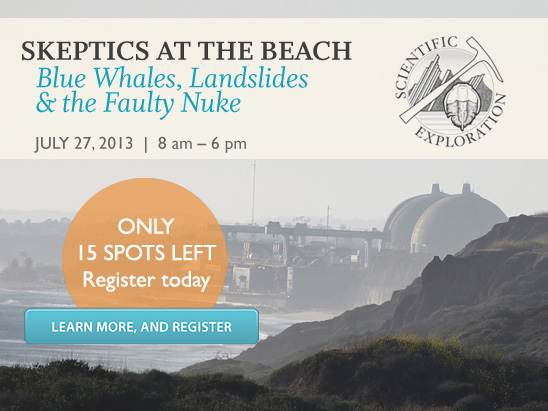 We are pleased to present the second in a series of videos that promote science and critical thinking through the use of humor, wit, and satire. In this video, B.Y.T.H. Busters: The Secret Law of Attraction, Adam Average and Jamie Imtheman put the “Law of Attraction” to the test. If you missed our first video, The Con Academy, watch it now!

If you would like to show your support, please make a tax-deductible donation to the Skeptics Society by clicking the button below. With your support, we hope to produce these instructional, educational, and entertaining videos regularly throughout the year for free viewing and use by everyone everywhere to spread the message of the power of science and skepticism to make the world a saner, safer place.

Make a tax-deductible donation
to the Skeptics Society

CREDITS: Special thanks to David Cowan, Daniel Mendez, and Jim Robinson for their support in launching this new series of Skeptic videos.

The Latest Episode of Mr. Deity: Mr. Deity and the Flood

Body language “experts” claim they can “read” posture, facial expressions, and other body movements. In this week’s eSkeptic, Karen Stollznow discusses some of the ideas promoted by body language gurus and cautions that “reading” body language may be a superficial and unreliable practice. Skeptic magazine volume 17, number 1 (2011). 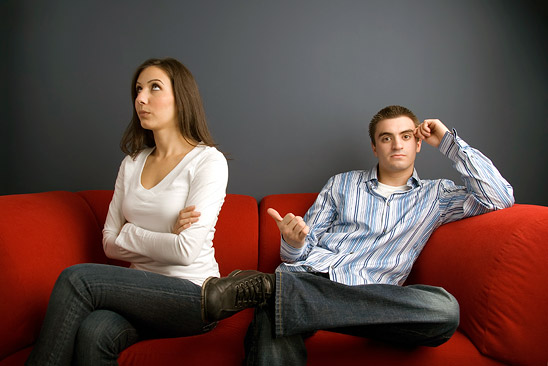 “When you run your hands through your hair like that it makes me think you’re flirting with me,” a colleague once said. Someone’s been reading those self-help books about so-called “Body Language.”

“Maybe I’m not flirting,” I replied, “but instead I’m just getting my hair out of my eyes, or detangling my hair, or it’s a nervous habit, or I have dandruff, or I’m readjusting my wig. There are many possible reasons for any action.” But not everyone believes that.

Linguistics, kinesics and semiotics are among the academic disciplines that attempt to observe and describe gesture and other forms of non-verbal communication. On the other hand (excuse the pun), body language is the new age, self-help interpretation of behavior. Body language “experts” claim they can “read” posture, facial expressions, and other body movements.

The theory seems to be that we conceal the truth with language, but we reveal the truth with body language. Experts on reading body language can supposedly decode our thoughts and feelings, disclose innermost desires, unlock the powers of intuition, provide searing insights, expose secrets, and uncover the hidden meanings behind our behavior. Julius Fast, author of the seminal book Body Language, says: “Your body doesn’t know how to lie. Unconsciously it telegraphs your thoughts as you fold your arms, cross your legs, stand, walk, move your eyes and mouth.”1

Self-proclaimed body language specialists fancy themselves as behavioral scientists, or detectives who see clues in our cues, inspired by Sherlock Holmes and TV shows such as Lie To Me. They are motivational speakers, authors of self-help books, and gossipmongers of tabloids and the talk show circuit. They analyze photographs of celebrities to supposedly decipher personality traits, to guess who’s in bed with whom, and predict who’s dumping whom. They interpret footage of political debates, speeches and interviews, to uncover underlying meaning and detect deception.

With the help of these body language experts, you can be a success. Buy their books, attend their seminars, follow their programs, systems and methods and you too can harness these techniques to achieve your goals. They will provide you with the tools you need to give you confidence, to catch a liar in the act, to ace that job interview, to attract love, and to stop sending out those “wrong messages”. Some fear that body language is so accurate that reading people’s behavior is an invasion of privacy, or a type of unethical manipulation.

Proponents of body language theories claim there is standardized meaning in the way you sit, stand and walk, how you shake hands and lick your lips, or even run your hands through your hair. Like a visual polygraph test, they believe that answering a question and touching your nose a certain way, or an involuntary subtle shift in your eye, betrays a lie. Crossing your arms indicates defensiveness, or a lack of openness, while rubbing the stem of a wine glass suggests that subconsciously, you want to rub something (or someone) else.

Body language gurus promote the use of their techniques in conjunction with other alternative therapies. Allan and Barbara Pease, “Mr. and Mrs. Body Language,” are authors of the self-proclaimed “communication bible,” The Definitive Book of Body Language.2 They recommend the supplementary use of Neuro-Linguistic Programming techniques. Elizabeth Kuhnke, author of Body Language for Dummies, uses body language in conjunction with chromotherapy (i.e., color therapy).3 Shelly Hagen adopts principles of Feng Shui; “Cashmere and cotton, for example, are soft and inviting, suggesting that the wearer is a gentle soul. Hard materials, like leather or boiled wool, keep others at a distance.”4

Some followers believe that body language can do more than reveal if someone is sexually attracted to us. Bioenergetic Analysis is a form of body psychotherapy, pioneered by Alexander Lowen and John Pierrakos. Bioenergetic therapists read posture, gestures and expressions to diagnose their clients, and treat them using exercise, movement and vocal expression. Proponents of Bioenergetic Analysis claim that body language techniques can heal conditions such as anxiety and depression, and even cure cancer.5

Like infomercials that claim we only use 10% of our brains, body language theory claims that only 10% (or 15%, or 20% or 50%) of our communication is verbal. I once taught a course in Verbal and Nonverbal Communication and was expected to teach that human communication consists of 93% body language and 7% language. There has been much research on this topic, but no study has categorically proven there is a precise ratio of verbal to nonverbal communication. This myth seems to have its basis in a study by Albert Mehrabian, who studied the typical responses of people when communicating their feelings and attitudes.6 John Borg, author of Body Language: 7 Easy Lessons to Master the Silent Language7 and other writers generalized these findings to all communication, and created this unscientific sound bite.

Books about body language are full of anecdotes and hype. They include references to authors who support their theories, but no citations to the studies. Their claims, theories and models are unsupported by evidence. They invoke the names of legitimate scholars and irrelevant research to validate the practice. For example, Charles Darwin’s The Descent of Man and Selection in Relation to Sex addresses the importance of gesture and sign language, and suggests that gestures are relevant to the origins of language.8 Books about body language seize this reference, but they misinterpret and overextend Darwin’s arguments.

Many body language advocates believe in the universality of gestures, behavior and expressions. Tonya Reiman of Body Language University has developed the Reiman Rapport Method, a “ten step process to master universally pleasing body language.”9 Dr. Paul Ekman has conducted extensive research into classifying human facial expressions. He claims that a small range of expressions, such as those indicating anger and happiness, are biologically universal to all humans. Yet Amrozi, the Indonesian terrorist known as the “Smiling Bomber” demonstrated that a smile can also signal confidence and defiance. There are immense differences in expressions, habits, behaviors and customs across cultures and individuals.

In a study of behavioral cues, Ekman now claims he has discovered 29 “wizards”; subjects he claims are “geniuses of lie detection.”10 His findings have led to the use of behavior-detection officers by the Transportation Security Administration (TSA), in the Screening Passengers by Observation Technique (SPOT) program. However, TSA’s SPOT methodology isn’t supported by scientific evidence; nor is Ekman’s work in this study. A group of independent researchers who examined Ekman’s research concluded: “Analyses reveal that chance can explain results that the authors attribute to wizardry.”11 Moreover, Ekman’s recent research is not peer-reviewed. He stated he doesn’t publish his findings anymore because enemies of the United States follow his work closely.12

I do not dispute the idea that nonverbal actions carry meaning, or that we are receptive to nonverbal communication. But there is no formula for understanding behavior, and every act has numerous potential meanings and causes. Our “body language” is subject to context, intent and interpretation. It is influenced by culture and socialization and differs at the individual level. Reading body language is simply the subjective interpretation of the observer, and is open to misinterpretation and misunderstanding.

The analogy to “reading” is helpful. Interpreting body language is a kind of cold reading, or a form of body divination to predict thought.

The claims in books about body language show that reading behavior is a superficial and unreliable practice. It is potentially risky too. So be careful the next time you approach the woman who seems to be looking at you and stroking the stem of her wine glass. You might just get that wine thrown in your face.