Because terrorism educes such strong emotions, it has led to at least five myths. In Michael Shermer’s August 2013 ‘Skeptic’ column for Scientific American, he discusses five myths about terrorism.

The Latest Episode of Mr. Deity: Mr. Deity and the Hat 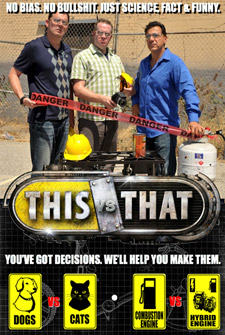 The Science of This vs. That
SKEPTICALITY EPISODE 212

This week on Skepticality, Derek speaks with Jon Hotchkiss, well known for the many science based television shows he has produced, directed, and written, including: Bullshit! starring Penn and Teller, and Pumpkin Chunkin’ from the Science Channel. Jon’s latest television project is another science show, This vs. That, which he is bringing to the masses via the Internet so he can ensure that the show is about the science, without the issues which plague the major media outlets. If you want more science-based entertainment, find out where your next fix might come from in this episode of Skepticality.

In this week’s eSkeptic, Michael Shermer reviews David Epstein’s book The Sports Gene on the relative roles of genes and environment—nature and nurture—in the building of a professional athlete. A version of this article appeared July 26, 2013 in the U.S. edition of The Wall Street Journal.

Midway through the 1985 Race Across America, the 3,000-mile nonstop transcontinental bicycle race in which I rode as a competitor, Diana Nyad of ABC’s “Wide World of Sports” inquired what I might have done better in training in order to be able to catch the lead rider in front of me. “I should have picked better parents,” I answered, explaining that we all have certain genetic limitations that can’t be overcome through training. 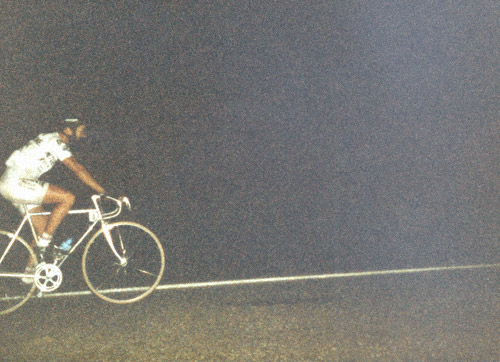 Michael Shermer, during the 1985 Race Across America around the time the camera crew from ABC’s Wide World of Sports pulled up to film him

Anyone who has competed in the top levels of any sport knows what I’m talking about: I trained my heart out for years, yet there were guys who had logged far fewer hours on the road but were always faster than me—including the guy 50 miles ahead of me named Jonathan Boyer, who a few years earlier became the first American to ride in the Tour de France.

Or consider the “tale of two high jumpers” that David Epstein presents in The Sports Gene, his important book on the relative roles of genes and environment—nature and nurture—in the building of a professional athlete. Mr. Epstein spent time with a Swedish high jumper named Stefan Holm, who started jumping at age 6. By the time he won the Olympic gold medal in the 2004 Athens games, he had logged more than 20,000 hours of training. Mr. Holm told the author that, to understand how he became an Olympic champion, Mr. Epstein should read Malcolm Gladwell’s “Outliers,” particularly the chapters on the “10,000-hour rule” discovered by psychologist K. Anders Ericsson—that is, the idea that, to become an expert or professional at just about anything, it takes roughly 10,000 hours, or 10 years at 20 hours a week, of “deliberate practice.” This is practice that is guided, coached or focused in a way that is beyond just mindless repetition.

But then how do you explain Mr. Epstein’s second high jumper? In the 2007 World Championships in Osaka, Japan, the training machine Stefan Holm was beaten by a Bahamas man named Donald Thomas, who had started high jumping only a few months before. Mr. Thomas had boasted to his jock buddies that he could slam-dunk a basketball. Someone challenged him to high-jump a 6-foot-6 bar, which he easily cleared, followed by one at 6-foot-8 and then 7 feet. A successful 7-foot-3 jump in competition landed him in the Commonwealth Games in Australia just two months after he had first heard about high jumping. There he finished fourth in a field of world-class jumpers. At the World Championships—after a total of eight months of high-jump coaching, which included ducking out to shoot baskets, because he found high jumping “kind of boring”—Mr. Thomas defeated not just Mr. Holm but a 6-foot-6 Russian named Yaroslav Rybakov, who had failed to win a single world championship after 18 years of competition.

Today, six years into his high-jumping career and thousands of hours of practice later, Mr. Thomas hasn’t improved his performance by even one centimeter. 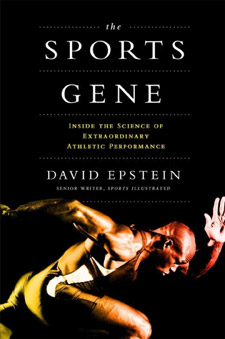 What’s wrong with the 10,000-hour rule? In part, Mr. Ericsson’s research was oversimplified by Mr. Gladwell in “Outliers,” leading everyone from sports athletes to Wall Street hedge-fund managers to employ it in their explanations of success. (The supposedly triumphant example in “Outliers” was the Beatles, who Mr. Gladwell claims owed their success largely to the 10,000 hours they played in dingy nightclubs in Liverpool and Hamburg, Germany—selectively ignoring the thousands of garage bands who put in their 10,000 hours and still stink.) As Mr. Epstein notes, 10,000 hours is an average. What is more revealing is the range. A 2007 study on chess players, for example, found that the average number of hours logged to make it to the level of “master” was 11,000 hours, but the range spanned from 3,000 hours for one player to 23,000 hours for another. Even more telling, several players in the study put in more than 25,000 hours of practice and study and never made it to the master level. That is the mystery that The Sports Gene explains so well.

Science shows that by nature humans vary considerably in both physical and mental abilities, and a good portion of that variation is due to our genes. In the early 20th century, the psychologist Edward Thorndike discovered that, while practice makes a difference, some people benefit from practice more than others. In the mid-20th century, David Wechsler published a book titled “The Range of Human Capacities,” in which he noted that the ratio of performance (measuring by the appropriate criteria) in a wide variety of physical and mental tasks, from best to the worst, was between 2 to 1 and 3 to 1. More recently, Georgia Tech psychologist Phillip Ackerman found that the effectiveness of practice depends on the task. As Mr. Epstein explains: “In simple tasks, practice brings people closer together, but in complex ones, it often pulls them apart.” A study on grocery checkout clerks, for example, found that the more experienced are much faster than novices, but in a group of clerks who all have 10 years of experience, the best are three times faster than the slowest. In the sports realm, a study on darts players by Mr. Ericsson found that only 28% of the variance in performance between players was accounted for after 15 years of practice. The other 72% is coming from somewhere other than practice.

Mr. Epstein’s apt analogy for the interaction of genes and environment is computer hardware and software: “The hardware is useless without the software, just as the reverse is true. Sport skill acquisition doesn’t happen without both specific genes and a specific environment, and often the genes and the environment must coincide at a specific time.” The best study on this is called the Heritage Family Study, which subjected 98 two-generation families to stationary bicycle-training regimens to increase fitness, as measured by aerobic capacity, or VO2 max—the amount of oxygen a person’s body can use. All the families received the same training of three workouts per week of increasing intensity, and DNA was taken from all 481 participants. The results were startling: The range in VO2 max improvement spanned from 0% to 100%, depending on the family heritage. About 15% of participants showed little to no improvement, while another 15% increased their VO2max by 50% or more. According to the study’s principle investigator, Claude Bouchard, “the range of response to training was six to nine times larger between pairs of brothers than within pairs.”

In other words, genes matter. How much? “Statistical analysis showed that about half of each person’s ability to improve their aerobic capacity with training was determined exclusively by their parents,” Mr. Epstein explains. “The amount that any person improved in the study had nothing to do with how aerobically fit he or she was relative to others to begin with.” Rather, it had to do with genetic inheritance. The DNA analysis turned up 21 gene variants related to aerobic improvement, and the participants in the Heritage study who had at least 19 of the 21 genes improved their VO2 max three times more than subjects with fewer than 10 of the gene variants. Maybe this explains why I couldn’t catch Jonathan Boyer in the Race Across America.

The Sports Gene is bound to put the cat among the pigeons in the blank-slate crowd who think that we can all be equal as long as we equalize environmental inputs such as practice. But the science says that it just ain’t so. Not even 10,000 hours of wishful thinking will change nature.