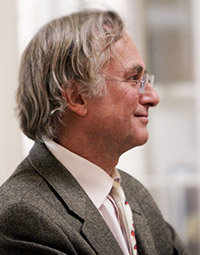 RICHARD DAWKINS’ first book, The Selfish Gene, caused a seismic shift in the study of biology by proffering the gene-centered view of evolution. It was also in this book that Dawkins coined the term meme, a unit of cultural evolution, which has itself become a mainstay in contemporary culture. In An Appetite for Wonder, Richard Dawkins shares a rare view into his early life, his intellectual awakening at Oxford, and his path to writing The Selfish Gene. He paints a vivid picture of his idyllic childhood in colonial Africa, peppered with sketches of his colorful ancestors, charming parents, and the peculiarities of colonial life right after World War II. At boarding school, despite a near-religious encounter with an Elvis record, he began his career as a skeptic by refusing to kneel for prayer in chapel. Despite some inspired teaching throughout primary and secondary school, it was only when he got to Oxford that his intellectual curiosity took full flight, ultimately climaxing in the 2006 publication of The God Delusion, which made Dawkins a world famous public intellectual engaged in social activism.

The views expressed by the speaker are solely those of the speaker. The content of this presentation does not necessarily reflect the opinion of the California Institute of Technology and should not be taken as an endorsement.

Watch the Live Broadcast
on Oct. 20 at 2pm

Daniel Loxton discusses a recent Nessie video case in a short piece originally written as a commission for a daily UK paper. 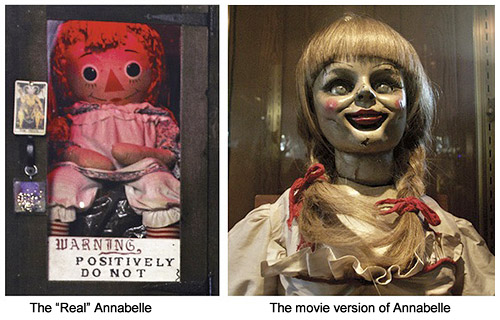 Was the story of The Conjuring the true story of how Ed and Lorraine Warren fought demonic forces in Rhode Island? In this special episode of MonsterTalk, we hear a different side to the story of America’s first family of ghost hunting. Features interviews with investigators Joe Nickell and Steven Novella.

Get the MonsterTalk App

In the Belly of the Beast

I’ve spent over 40 years of my life wrestling with the problem of creationism, while trying to maintain my research career, keep up with book deadlines, teach my classes, and take care of my family. As I described in my 2007 book Evolution: What the Fossils Say and Why it Matters, battling the evolution deniers seems to be a thankless, never-ending task because no amount of effort in science education or good science in the media seems to make any difference. Their numbers (around 40% of Americans) have remained constant in the polls over many decades, no matter what approaches are tried. This is an endless source of frustration for many of us, since creationism is like the many-headed Hydra in the labors of Hercules: every time you cut off one head, it grows back two more. Science never seems to make any progress in blunting their efforts to contaminate schools with their religious dogma. At the end of my 2007 book, I attempted to delve into the psychology and motivation of creationists, and to understand why they can deny obvious reality and tell outright lies over and over again without any guilt or self-awareness. 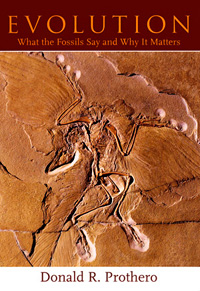 But I rarely spend much of my time reading their literature any more, let alone paying my hard-earned money to hear them speak. Listening to the way they lie and distort the facts, and call professional scientists evil, is too much for me to sit through without losing my cool. But Jason Rosenhouse has a much stronger stomach for their garbage than I. He attended one creation conference after another, calmly listening to their preaching and talking to the attendees while maintaining his cool. For that alone, I am in awe of him.

Rosenhouse is Associate Professor of Mathematics at James Madison University in Virginia, having previously taught at Kansas State University, so he is close to the epicenters of much of the creationist movement in this country. As he describes, he is culturally Jewish but became an atheist, yet he has the patience of Job to sit through days and days of creationist drivel and read their atrocious books without getting angry. He is genuinely interested in understanding who they are, what motivates them, and why they can shut themselves out of so much of scientific reality and believe so much that is patently false.

Rosenhouse’s approach in this book is to recount vignettes and anecdotes of his experiences at various creationist conferences and venues, intermingled with his dispassionate and extremely lucid dissection of the logical, philosophical, and scientific issues raised by creationism. He’s a mathematician by training, so he is personally offended when he hears creationists abuse math or statistics, just as I am when they lie about paleontology and fossils. For a mathematician, his level of philosophical sophistication is very advanced. In chapter after chapter, he runs circles around many of the specious arguments that creationists and theistic evolutionists who try to squirm out of the problem with weak arguments or special pleading. It comes as no surprise that he is also a ranked chess champion as well—he sounds like someone who is brilliant, cool, analytical, and dispassionate. Through all of his sacrifices spending time listening to the creationists, he is still honestly seeking answers to who these people are and what motivates them. 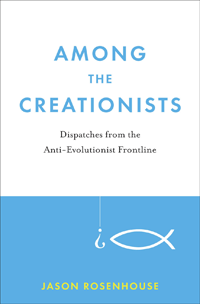 It turns out that the answer in pretty clear and something we’ve known for a long time: creationists place their religious beliefs first, and anything else that science or culture tells them must conform or be twisted to fit their worldview. These beliefs include the idea that God watches over them, that there is a heaven, that humans are the purpose and goal of the universe, and that their religion provides the only source of meaning and morality in life. With such a strong belief filter in place, it’s no wonder that science is such a threat to their worldview. They reject not only the idea that humans are related to the rest of the animal kingdom, but any science (geochronology, cosmology) that places humans at the very end of billions of years of geologic history or away from the center of the universe. No wonder they reject not only the biological and paleontological evidence of our evolutionary relationships with other organisms, but also most of astronomy, geology, anthropology, and any other field that does not conform to this narrow but comforting perspective.

Rolling Stone reporter Matt Taibbi, in his 2009 book The Great Derangement, describes going undercover in an evangelical church for many months. He found that creationists live in a very cloistered cultish subculture, where they read only what their church elders tell them to read, attend many church meetings and intensive weekend retreats to receive constant reinforcement, and avoid listening to or reading any outside sources that might challenge their worldview. No wonder they never bother to learn about the actual facts of science or evolution, but instead they get a distorted view of science from their creationist leaders. And such cult-like isolation from the real world explains why no amount of presenting science to them in an appealing manner will ever reach them. As long as the conclusions of science threaten their cherished worldview, they are not going to change their minds or learn to distinguish real science from creationist bunk. Instead, as Rosenhouse details again and again, they are easily swayed by shallow intuitive arguments that sound good when you don’t think hard about them. But for a true skeptic like Rosenhouse, these arguments are very simplistic and unsatisfying, since he weighs evidence and looks at the totality of the argument from a much broader, less dogmatic perspective than do the creationists.

Among the Creationists is a very insightful book that allows the skeptic and scientist alike to better appreciate the forces that we are up against in the United States. I highly recommend it to anyone interested in the creation-evolution wars as a valuable resource for dealing with the never-ending battle with the forces that deny science.