Since 1992, the Skeptics Society has sponsored the Distinguished Science Lecture Series, hosting 350 of the biggest names in science. This series of lectures has covered the most cutting edge discoveries and controversial topics in all of science, and enabled students, educators, and the general public to hear what’s new in science and skepticism. These lectures have helped people learn how to think critically about claims made in the name of science.

Today, we’re excited to announce that you can watch 22 of our most popular science lectures (over 33 hours!) online, on demand, around the world, at prices we think you’ll really like!

Big names. Even bigger ideas. Available for rent now through Vimeo on Demand. Watch the series trailer below, then choose your preferred rental option.

RENT ALL lectures for $49
on a 1-year subscription. 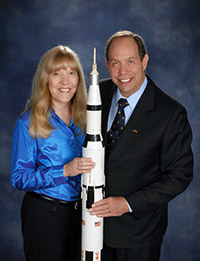 How To Boldly Go Into Space:
An Insider’s Look into How Space Missions are Created, Funded, Built, Launched, and Run

DRAWING ON THEIR DECADES OF WORK FOR NASA and the Jet Propulsion Laboratory (JPL) Drs. Linda and Thomas Spilker give us an inside view of what goes into the unmanned space program, from the origin of a space mission, to how the funds are found to finance it, to how the spacecraft is designed and built, and to the launching and running of such a mission, often designed to last for years and even decades. How do you get a spacecraft to Saturn, anyway? Who decides what it should study when it gets there? What happens when something goes wrong? And, as a society, why do we explore the solar system (and beyond) and what do we learn from it? Don’t miss this revealing account of what rocket scientists do. READ more…

The views expressed by the speaker are solely those of the speaker. The content of this presentation does not necessarily reflect the opinion of the California Institute of Technology and should not be taken as an endorsement.

NEW ON MICHAELSHERMER.COM
Is God Dying? The Decline of Religion
and the Rise of the “Nones”

According to the 2012 Pew Research Center survey, there are 48 million Americans with no religious affiliation. In Michael Shermer’s December 2013 ‘Skeptic’ column for Scientific American, he discusses some of the reasons why we are seeing a declining trend in religious belief. 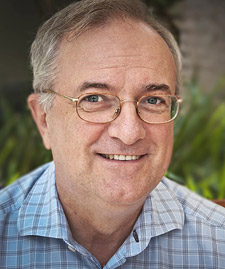 Neuromarketing: You Know You Want This!
SKEPTICALITY EPISODE 220

With the shopping season upon us, Derek decided to sit down and talk with someone who knows a thing or two about swaying people using the power of marketing. Neuroscientist, Dr. Peter Steidl, has been an advisor to the World Health Organization, represented Australia at the European Center for Social Science Research, and is an author and working professional in the world of neuromarketing. Just how much power, or sway, can marketing really have on our spending habits? 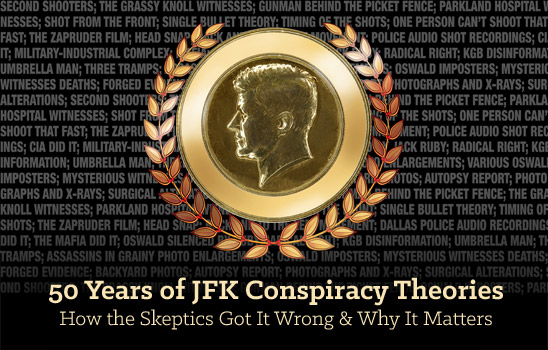 Since late 1964, when The Warren Commission announced its conclusions that Lee Harvey Oswald alone killed the 35th President of the United States, John Fitzgerald Kennedy, and that there was no evidence of a conspiracy, skepticism of its findings has become a persistent obsession that has lasted 50 years.

In Skeptic Magazine issue 18.3 (2013), David Reitzes recounted some of the most durable myths and conspiracy theories, and reminded us that the job of a skeptic is to use critical thinking to properly assess the evidence, and to use our critical faculties to distinguish verifiable evidence from idle speculation, not to merely doubt for the sake of doubting. Michael Medved—a popular national radio talk show host—commented on the air recently that of the thousands of published works he has read about the JFK assassination, David Reitzes’ article in Skeptic magazine was by far the best short piece he had ever seen. You can read that article in its entirety for free on skeptic.com.

Skeptic magazine publisher Michael Shermer did a number of media interviews surrounding the 50th anniversary of the assassination of JFK, and wrote this Los Angeles Times opinion editorial which ran on November 26, 2013. In this week’s eSkeptic, we present a letter to the editor of the Los Angeles Times, from Stephany Yablow, in response to that op-ed, followed by Shermer’s reply.

J. Edgar Hoover came up with the lone-gunman scenario within 24 hours of the assassination as a coverup. Lyndon Johnson backed it, demanding that the case be closed quickly.

The Warren Commission was political window dressing. It failed to thoroughly investigate, interview witnesses and experts and conduct forensic studies. It produced a shallow report.

Maybe people would believe the lone-gunman theory if Jack Ruby didn’t waltz into the jail and kill Lee Harvey Oswald. There was no reason for Ruby to have unilaterally decided to kill Oswald; hence, the theory that someone directed Ruby to do so. There must have been at least two people (the requisite number of actors to define a ‘conspiracy’). If the lone-gunman proponents had a better answer, they haven’t convinced us yet. —Stephany Yablow, North Hollywood

The Warren Commission report was shallow? At 889 pages, I wonder what would be considered deep.

In any case, five different government investigations — along with countless private inquiries — have concluded that the evidence overwhelmingly points to Lee Harvey Oswald as the lone assassin.

Oswald’s Carcano rifle with his fingerprints on it was found on the sixth floor of the Texas School Book Depository building. Three bullet casings there match what 80% of eyewitnesses in Dealey Plaza reported hearing: three shots. It was the same rifle Oswald purchased in March 1963, which he then used the following month in an attempt to assassinate the rabidly anti-communist Army Major General Edwin Walker (Oswald attempted to defect to the Soviet Union in 1959). 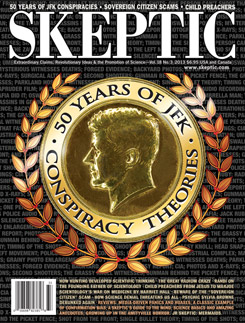 Co-workers saw Oswald on the sixth floor of the book depository shortly before JFK’s motorcade arrived, and saw him exit soon after the assassination. Oswald went home and picked up his pistol and left again, shortly after which he was stopped by Dallas Police Officer J.D. Tippit, whom Oswald shot dead with four bullets. He then ducked into a nearby theater without paying, which resulted in a police confrontation. After he attempted to shoot an officer and was arrested, he said, “It’s all over now.”

Two days later, Oswald was himself assassinated by a pro-Kennedy nightclub owner named Jack Ruby, who said his motive was “saving Mrs. Kennedy the discomfiture of coming back to trial.” Thousands more pieces of evidence all converge to the unmistakable conclusion that Oswald acted alone.

In the 50 years since, conspiracy fabulists have concocted more than 300 different people and organizations allegedly involved in the assassination, and yet not one line of evidence conclusively supports any of these suspects. It’s time to move on and let JFK R.I.P.