The latest issue is available now in print and digital formats. Order a hard copy or download the digital version using the Skeptic Magazine App for iOS, Android, BlackBerry PlayBook, Kindle Fire HD, Mac, PC, and Windows 8 devices. This issue won’t likely hit newsstands for another week or so and current subscribers should receive it by the end of December. 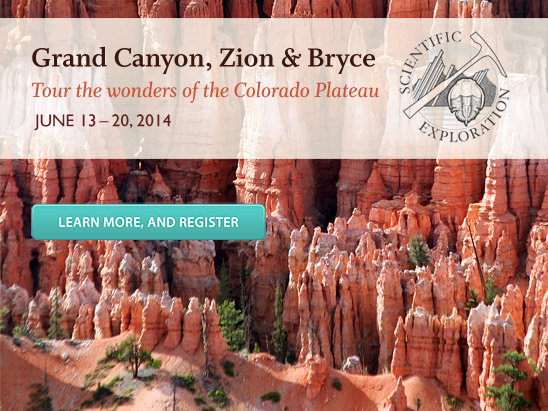 ↑ Image not showing up? View this announcement in your web browser.

JOIN US AS WE TRAVEL through an iconic landscape that reveals one of the most studied sequences of layered rock on earth! We will spend a day and and two nights at the less-visited North Rim of the Grand Canyon, a day to explore majestic Zion Canyon, a day visit to Bryce Canyon, plus additional stops at the Coral Pink Sand Dunes, Red Rock Canyon National Conservation Area and Museum, Calico Ghost Town, Virgin River Gorge, the Dinosaur Museum in St. George, Utah, and two nights in Las Vegas. Through the entire trip, we will learn about the geology and natural history of the majestic scenery, making this a tour you could get nowhere else! Seats are limited — so make your reservations soon!

To view a gallery of 15 images, click any of the 6 images to open the image gallery. Click the right side of the image to advance through the gallery. 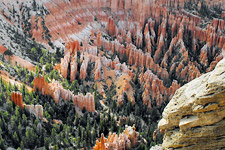 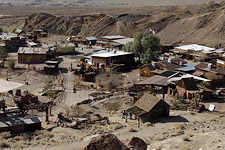 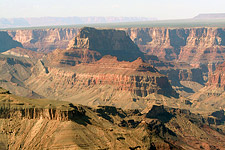 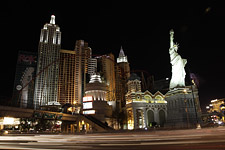 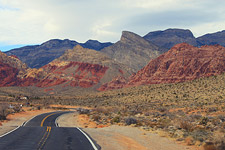 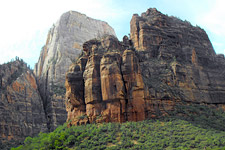 Tour package includes: natural science lectures en route, charter bus, hotels, all breakfasts and lunches during the trip, one dinner at the Grand Canyon (the traditional Grand Canyon Cookout Experience with a live country-western show), museum and park fees, and a tour guide booklet. The fee also includes a $200 tax-deductible donation to the Skeptics Society. 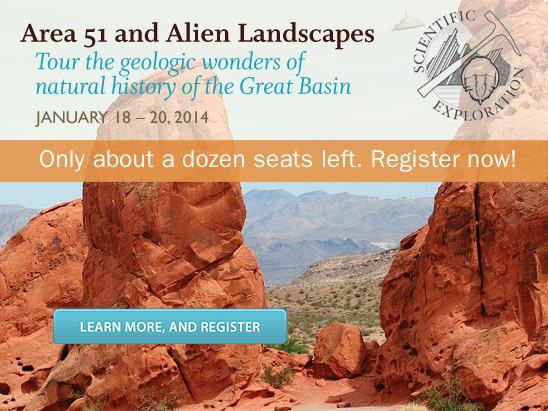 In this week’s eSkeptic, Patrick Arnold reviews The Secret Thoughts of an Unlikely Convert: An English Professor’s Journey into Christian Faith by Rosaria Butterfield.

Patrick Arnold is a PhD student in philosophy at the University of Nebraska-Lincoln, interested primarily in moral psychology and philosophy of religion. A skeptic of Pyrrhonian inclinations, Patrick’s favorite authors range from Sextus Empiricus to Pierre Bayle, though he has a soft spot for dystopian writers like Margaret Atwood.

a book review by Patrick Arnold

Secret Thoughts is a conversion narrative getting wide and overwhelmingly positive reviews in Christian popular media. It is not hard to see why: besides being outright moving and beautifully written, Rosaria Butterfield’s memoir of her journey from atheism to Reformed Christianity is as unlikely as one could imagine. A successful liberal, lesbian and feminist professor of English at a major university who hates Christianity becoming convinced of its truth through a humble conservative pastor—eventually becoming a pastor’s wife and homeschooling mom—it is the sort of unlikely conversion that Christians love to hear. 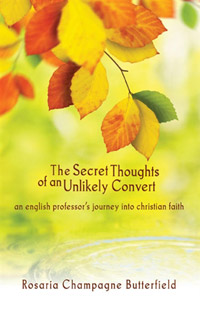 What makes the book fascinating is that Rosaria’s conversion is, as she describes it, as much a self-conscious change in “worldviews” as it was a change in lifestyles. What caused this conversion? Was there decisive evidence against her atheistic worldview and for Reformed Christian theology? Of course, the narrative is not meant to be a complete apologetic but a memoir for a wide audience. Yet it is Rosaria that paints it as the collapse of one “worldview” and triumph of another: “In the normal course of life questions emerged that exceeded my secular feminist worldview” (11).

What exactly was Rosaria’s long-held “worldview”? Unfortunately, beyond vague labels she never tells us. Rosaria was a professor of English and Woman’s Studies at Syracuse University, “working from a historical materialist worldview,” and a lesbian activist involved in her community in every way, from AIDS and disability activism to sexual abuse counseling (16). Yet we are also told she was a “postmodernist who didn’t believe in objectivity,” with no explanation of what that means, or how or whether being a materialist conflicted with not believing in objectivity (22). Perhaps the picture we are to get is of someone who had a promising academic life but lacked a worked-out worldview, and questions began to arise that she could not answer.

So what were these “life questions” that exceeded her secular and feminist philosophy? We are never quite told what objections she faced and could not answer. Rosaria’s conversion began with a project on the Religious Right in America and their view of women. Coming into contact with a humble conservative Reformed pastor, she struck an immediate and lasting friendship that increasingly challenged her beliefs as the years progressed. The friendship not only called into question her assumption that Christians are anti-intellectual and judgmental, but prompted her to rethink her disbelief in God, driving her to intensively study the Bible.

The conversation that seems to play the most pivotal role comes a few years after the beginning of her friendship with the pastor. Why not, he asks, let him speak to some of her classes about why the Bible is a foundation piece of literature? Rosaria dismisses the idea, but is intrigued enough to hear his case herself. She is impressed with his sophisticated understanding of the interconnected themes throughout the books of the Bible, but not yet convinced this says much, if anything, about whether it is trustworthy. “So it all comes down to how and why you claim that the Bible is true,” she replied, and they agreed that “next time he would tell me how and why the Bible is true” (21). One might well think this is a—if not the—key conversation Rosaria and the pastor have (though others, such as what actually convinced her that God—and the God of Christianity in particular—exist, are surely important as well). But the explanation ends there as she moves on to the reaction her friends (and lesbian partner) were having to her increasing openness to the religion she once ridiculed and, shortly after, narrates her conversion and then membership into the Reformed and Presbyterian Church of North America.

Rosaria would later embrace the doctrine of sola scriptura—as she puts it, “the belief that the Bible is authoritative, complete, perfect, and sufficient” (91). The significance of this belief in the inerrancy of the Bible cannot be underestimated in her narrative, since it is the only justification Rosaria apparently has for her many new beliefs, from her eventual rejection of homosexuality to her acceptance of submission to male authority. It is strange, then, that this key debate with the pastor ends with his agreement to tell Rosaria “how and why the Bible is true.” We never get a glimpse of these reasons, just like we are never quite told what her former worldview was, nor any other crucial step in her intellectual transformation—all the things one would think would be behind an intellectual conversion involving a conscious rejection of one worldview for another.

Without these details it is hard to know why Rosaria became a Reformed Christian (and stays one) as opposed to a convert of some other theological tradition, or a different religion altogether. While the narrative is fascinating, it is, in this respect at least, disappointing given that much of the early setup in the book prepares the reader for a battle of worldviews.

Steven Pinker Video, On Demand
The Better Angels of Our Nature 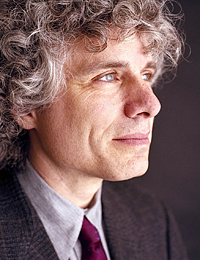 Faced with the ceaseless stream of news about war, crime, and terrorism, one could easily think we live in the most violent age ever seen. Yet as the Harvard University psychologist and New York Times bestselling author Steven Pinker shows in this startling and engaging new work, just the opposite is true: violence has been diminishing for millennia and we may be living in the most peaceful time in our species’ existence. Read more…

INSTRUCTIONS: Click the button above, then click the RENT ONE button on the page that will open in your Internet browser. You will then be asked to login to your Vimeo account (or create a free account). Once you complete your purchase of the video rental for $3.95, you will then be able to instantly stream the video to your computer, smartphone, or tablet, and watch it for a period of 72 hours.