Dr. Kevin Dutton, on Demand
The Wisdom of Psychopaths: What Saints, Spies, and Serial Killers Can Teach Us About Success 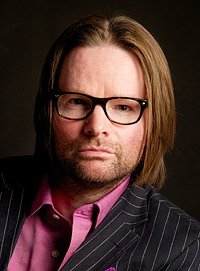 University of Oxford research psychologist Dr. Kevin Dutton reveals that there is a scale of “madness” along which we all sit. Incorporating the latest advances in brain scanning and neuroscience, Dutton demonstrates that the brilliant neurosurgeon who lacks empathy has more in common with a Ted Bundy who kills for pleasure than we may wish to admit, and that a mugger in a dimly lit parking lot may well, in fact, have the same nerveless poise as a titan of industry. Dutton argues that there are “functional psychopaths” among us—different from their murderous counterparts—who use their detached, unflinching, and charismatic personalities to succeed in mainstream society, and that shockingly, in some fields, the more “psychopathic” people are, the more likely they are to succeed. Dutton deconstructs this often misunderstood diagnosis through bold on-the-ground reporting and original scientific research as he mingles with the criminally insane in a high-security ward, shares a drink with one of the world’s most successful con artists, and undergoes transcranial magnetic stimulation to discover firsthand exactly how it feels to see through the eyes of a psychopath. 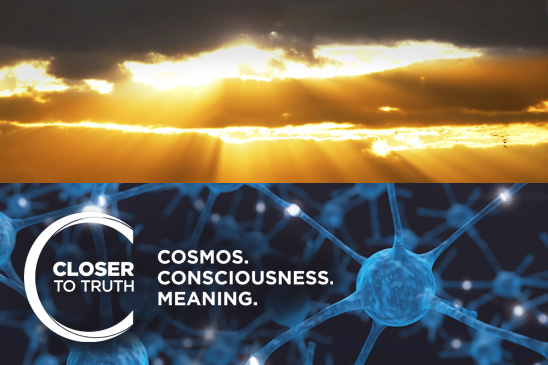 Closer To Truth is the definitive resource for Cosmos, Consciousness and Meaning, a global journey in search of the vital ideas of existence featuring leading scientists, philosophers and creative thinkers.

It is the mission of Closer To Truth to become the most publicly prominent venue for heightened understanding and thoughtful discussion of Cosmos, Consciousness and Meaning for broad television and online audiences.

The completely updated and revamped Closer To Truth website features HTML5-based design for full compatibility with all mobile and tablet devices, including better navigation and search features, which allow you to easily find your favourite Closer To Truth content. You can connect with Closer To Truth on Facebook, Twitter, Pinterest, tumblr, Instagram, LinkedIn, and Google+. 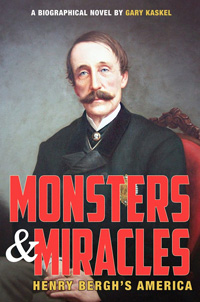 This week on Skepticality, Derek talks with Gary Kaskel, film maker turned animal protection advocate. Gary’s latest book, Monsters and Miracles: Henry Bergh’s America, is a biographical look into Henry Bergh, a man who founded two social justice organizations directly after the United States Civil War. Almost everyone has heard of the ASPCA and about the same number of people also believe that children should be protected and have the right not to be treated as property. However, what most people don’t know is that both of those things were pushed to the forefront of public understanding due to one man, Henry Bergh. Find out more about the man who can be easily called ‘The most famous American you’ve never heard of.’

Sigfried Gold writes and speaks about spirituality, atheism, ethics, recovery, and the spiritual challenges and opportunities faced by religious outsiders and skeptics. Writing by and about him is available at tailoredbeliefs.com. He has Master’s degrees in Creative Writing and Biomedical Informatics and makes a living designing and building interactive information visualization tools that allow researchers to explore and make sense of complex data. He lives with his wife and two kids in Washington, DC and tweets occasionally at @godforatheists.

How do we imagine atheists? What images, what feelings, what associations come to mind when we think “atheist”?

Melanie E. Brewster’s Atheists in America presents 27 first-person “coming out stories” garnered through a national solicitation, giving us something like actual faces to tie to the label atheist—much welcome for anyone who wants to go beyond polemics and think about atheists as people. Dr. Brewster is a professor of Counseling Psychology at Columbia University and her book seeks to redress the extreme paucity of academic research (1,200 peer reviewed articles related to atheism compared to 480,000 on religiosity and spirituality in general) by presenting “personal narratives that will illustrate how people from different cultures, religious backgrounds, cities, ages, sexual orientations, and family structures have reached their identities as atheist.”

Brewster’s commentary makes clear a political agenda in addition to this academic aim: she wants to establish atheists as a stigmatized, marginalized identity group alongside other such groups in the “broader multicultural and social justice discourse.” Beyond framing these as coming out stories (and the obvious reference to Angels in America in the title), she draws parallels between atheism and LBGTQ identity in terms of marginalization and the issues faced in disclosure and closeting. 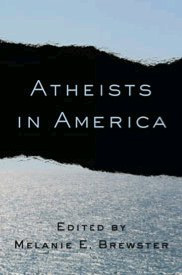 Many of the stories are of people who came from dogmatically religious families and communities, people who had to fight hard against internal conditioning and external pressures and coercion before they could emerge as atheists. The majority of the stories take place in the Bible Belt or other conservative parts of the country. Atheism seems to frequently accompany the awakening of liberal political consciousness. I’m not well-versed in the demographics, but suspect a significant subset of atheists are politically conservative libertarians, sometimes even Republicans; atheists like that don’t seem to appear in the book much if at all. There are also only a handful of stories from blue electoral districts. Brewster did intend to show a cross-section of American atheists. I wish I had a better sense of just how representative her sample is.

Most of the stories speak powerfully to the marginalization and isolation atheists feel in religious families and church communities, in small towns, even in secular workplaces. The stigma attached to atheism for many of these writers turns the process of questioning religious dogma into a long, painful ordeal, fraught with doubt, fear and the disapproval of loved ones.

Between the stories and the commentary we do get a picture of atheist identities, how they are formed, and the obstacles they face. But for all the valuable work this book does, it raises, in my mind at least, a host of questions that are never explicitly asked, much less answered, in the book itself:

Despite these questions, I urge you to read this book. The stories are mostly well-written. Others are interesting in themselves for offering an unvarnished view of some of “our” less appealing qualities. It’s helpful to hear these voices outside the context of heated polemic or reasoned argument; to hear what emerges when an atheist is just telling her own story. We get unguarded expressions of the writers’ intransigent rejection of others’ beliefs, glimpses of an injured, defensive grandiosity, but we also see genuine empathy and efforts to connect with others, to live openly and harmoniously with people of all beliefs. These stories are sufficiently varied to provide a base of source material from which to begin addressing vital questions around belief, unbelief and the space between. Atheists in America offers a forceful provocation to other scholars, researchers and journalists to explore these questions.

More importantly, I am eager to see how non-academic readers respond to this book. Will it act in the revolutionary way that the appearance of gay and lesbian coming out stories have since the 1970s? Will it give closeted atheists a mirror in which to recognize themselves? I personally know few atheists whose unbelief grew out of the hostile soil of an evangelical landscape, but now that I am aware of their prevalence, I hope these stories can reach and encourage others struggling to shape their own ideas.