Part 2 of the Report on the Skeptics’ Conference at Caltech

Over the weekend of May 29–31 skeptics not only listened to world-class talks by world-class scientists and scholars (see last week’s eSkeptic), they enjoyed fun and entertainment, starting with a banquet dinner with the speakers at the Westin Pasadena that culminated with a stage performance by the brilliant Jamy Ian Swiss, one of the world’s top magicians who is also known for his passionate activism in the skeptical movement, employing his magic to teach people how to think and how to avoid being fooled (Jamy calls himself an “honest liar”). 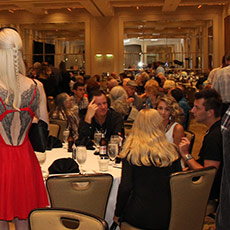 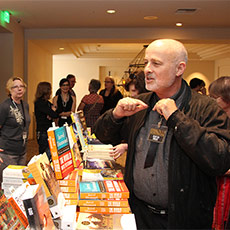 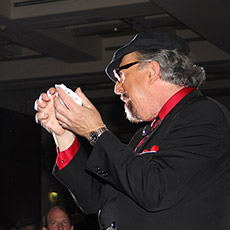 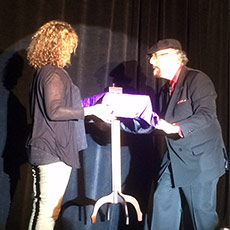 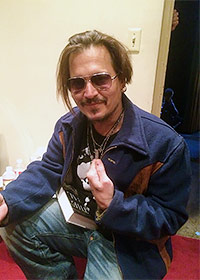 On Saturday during the breaks and meals skeptics had lots of time and opportunity to interact with the speakers, get their books signed, and photographs taken. Some people might have even noticed the mega movie star Johnny Depp and his wife the actress Amber Heard in attendance, as both are official card-carrying (and Skeptic pin bearing) Skeptics who thoroughly enjoyed the talks and meeting the speakers back stage in the Green Room. 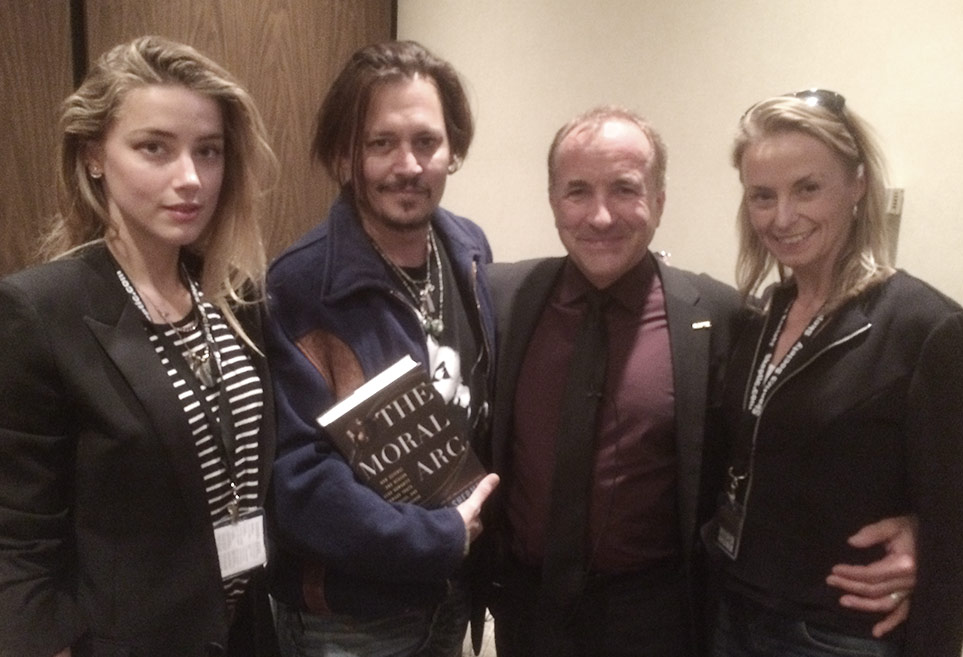 Mega star Johnny Depp proudly displays his Skeptic pin and signed copy of The Moral Arc during the conference, which he attended with his wife Amber Heard, actress and proud card-carrying member of the Skeptics Society, pictured here with Michael and Jennifer Shermer, who organized the musical entertainment for the conference.

The highlight of the day was the evening rock concert in Caltech’s Beckman Auditorium featuring the Las Vegas headliner Frankie Moreno and his band, featuring his brother Tony Moreno on bass, Mathew Belote on drums, and Alex Zeilon on guitar (about whom Frankie joked they hired for his Justin Bieber haircut). It was a rockin’ good time (Frankie even talked Michael Shermer into coming on stage to sing Mac the Knife with him—also included in the show below—American Idol ready he is not, but a good sport he is). The band played a number of Frankie’s original hit songs, along with the surprise hit cover of Eleanor Rigby, as you’ve never heard it. By the end of the evening Frankie had much of the audience on stage dancing and rockin’ out and having a grand ol’ time. 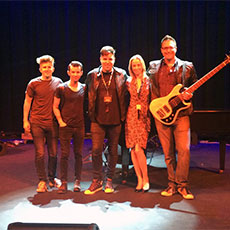 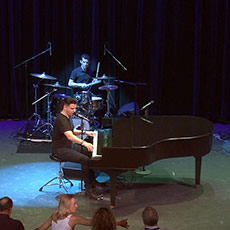 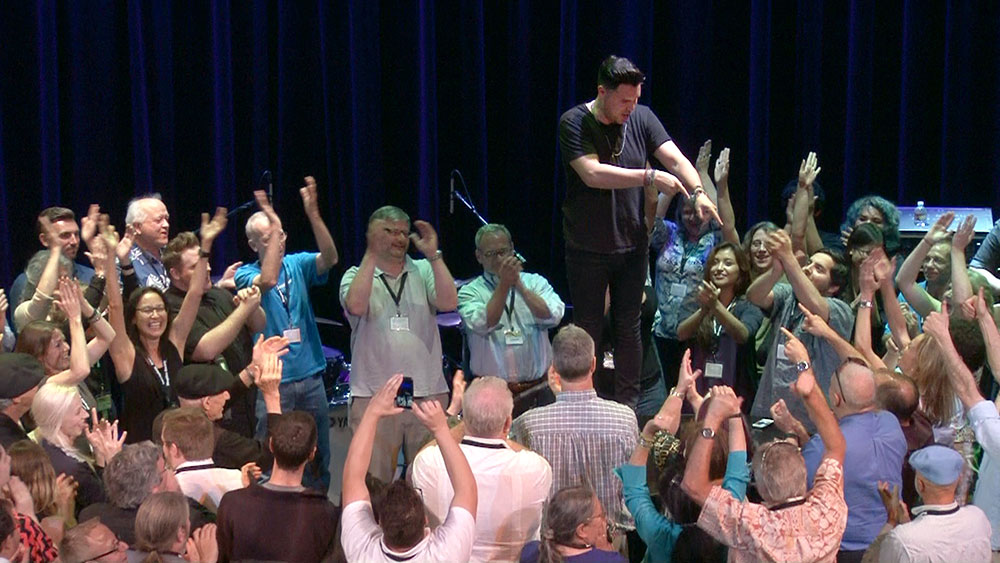 By the end of the evening Frankie had much of the audience on stage dancing and rockin’ out and having a grand ol’ time.

On Sunday the Skeptics Society hosted two science field trips, a Geo Tour to the San Andreas Fault and other unique geological features of the Southern California landscape that makes the San Gabriel mountains the fastest growing mountain range in the continental United States. 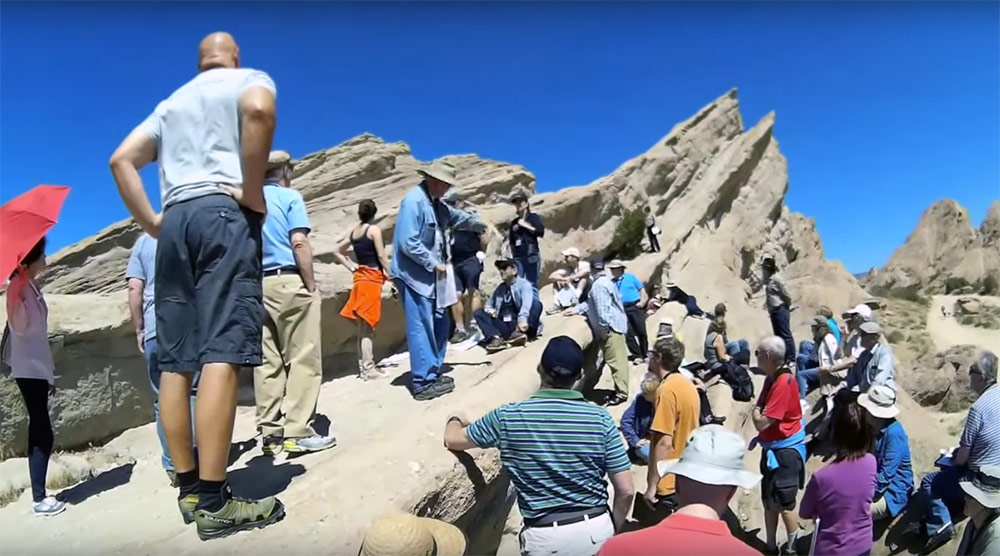 Geo Tour leader Dr. Donald Prothero lectures about the geological formation at Vasquez Rocks outside of Los Angeles, where Star Trek and many other TV shows, films, and commercials are filmed.

Skeptics also trekked up the San Gabriel mountains to Mt. Wilson to visit the observatory telescopes, which were in their day the largest on the planet, including the 60-inch telescope that was involved in important work in locating our solar system within the Milky Way Galaxy, the 100-inch telescope that Hubble used to discover the expanding universe, and the solar observatory from which hand-drawn illustrations of the sun and its spots have been made daily for a century. 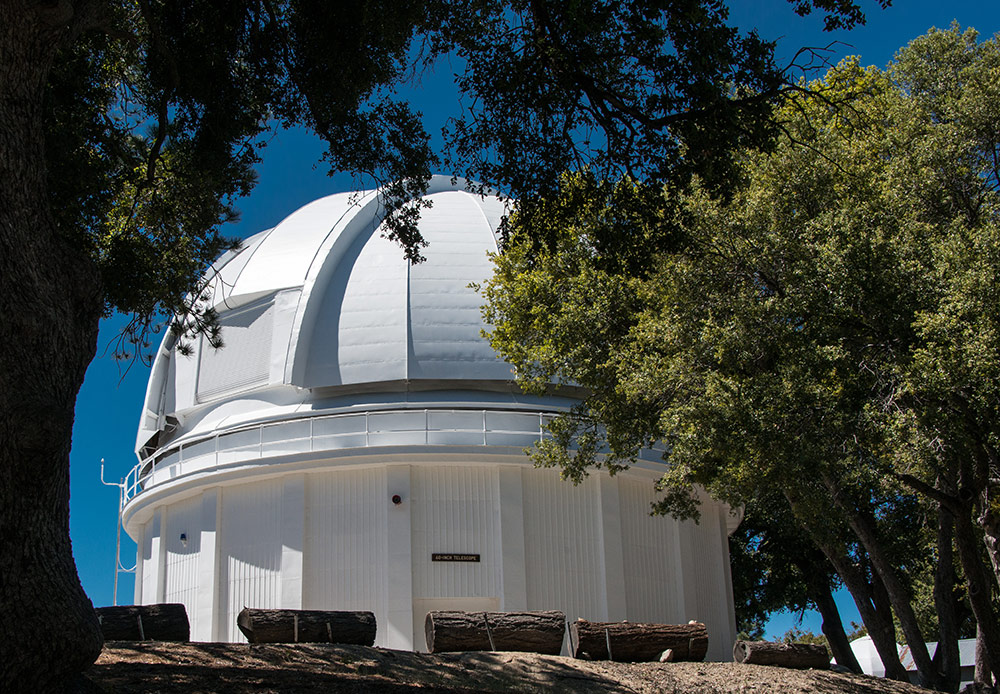 The 60-inch Telescope, activated in 1908, was the largest in the world at the time. It established the basic design of modern reflector telescopes. In addition, It pioneered spectroscopic analysis, parallax measurements, nebula photography, and photometric photography, it was used to measure the size of the Milky Way Galaxy and our position in it. It can now be rented for an evening of viewing by the public. (Photo credit: Ron Constable) 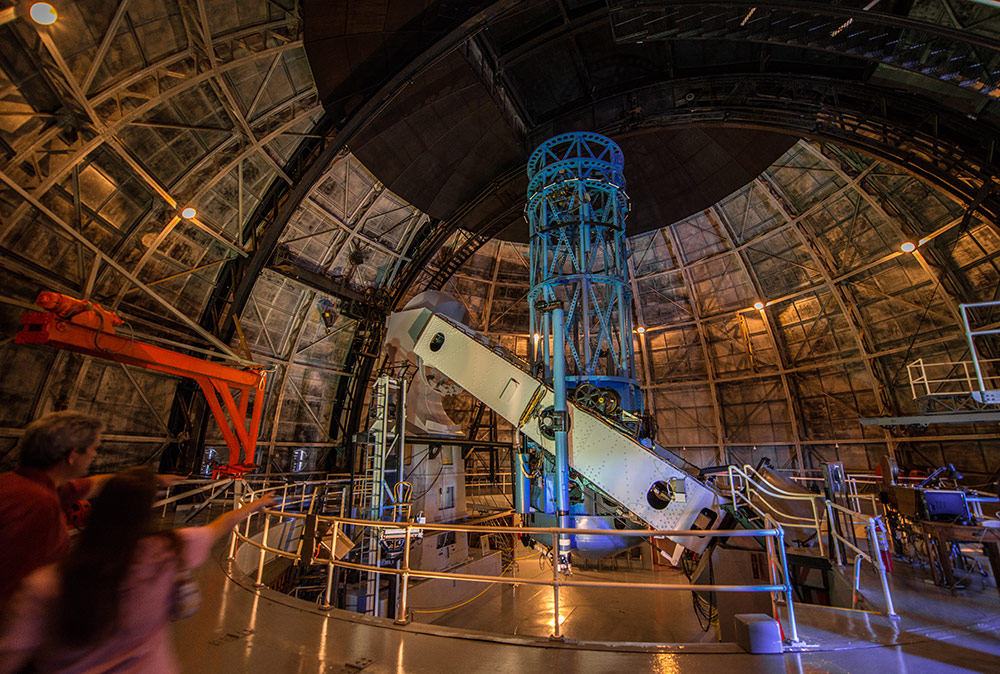 The 100-inch telescope on Mt. Wilson was the instrument used by Edwin Hubble to discover that the Milky Way was just one of countless “island universes,” or independent galaxies, as well as the fact that the universe is expanding. (Photo credit: Ron Constable) 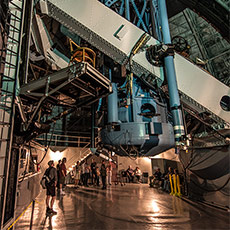 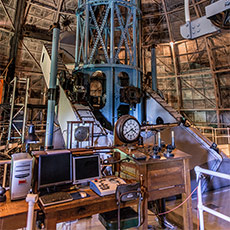 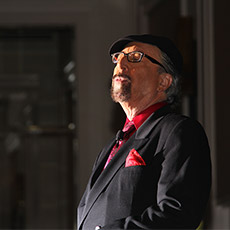 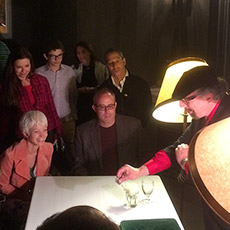 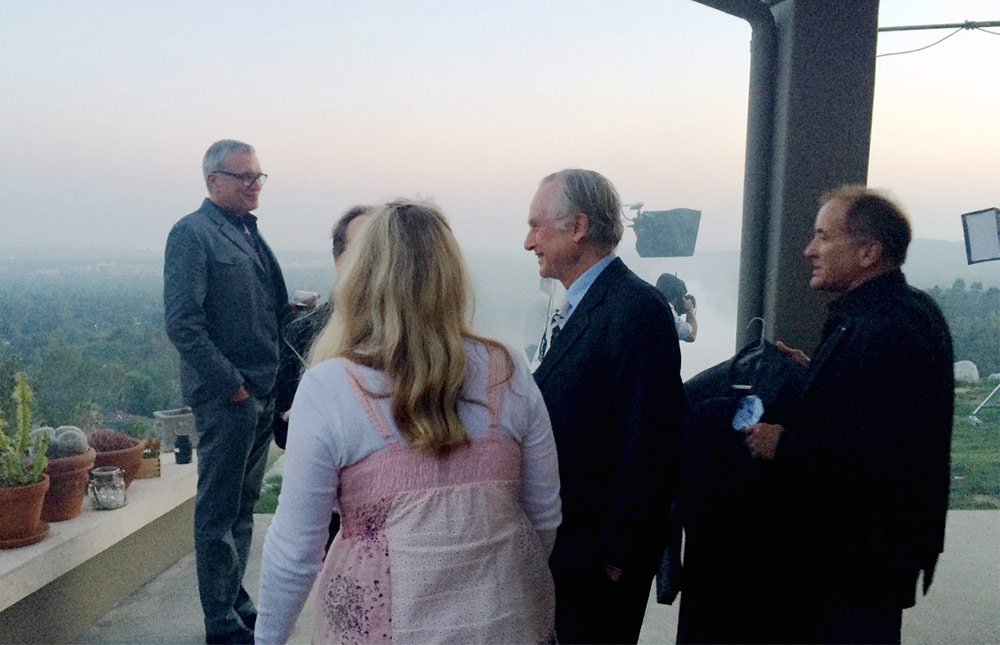 Richard Dawkins (center) at the Shermer home in Altadena.

It Coulda Been a Contender: A Paleontologist Reviews Jurassic World

The Way of the Mister: Atheist vs. Agnostic

Mr. Deity responds to Neil deGrasse Tyson’s 2012 “Big Think” video in which Neil comes out as an agnostic.