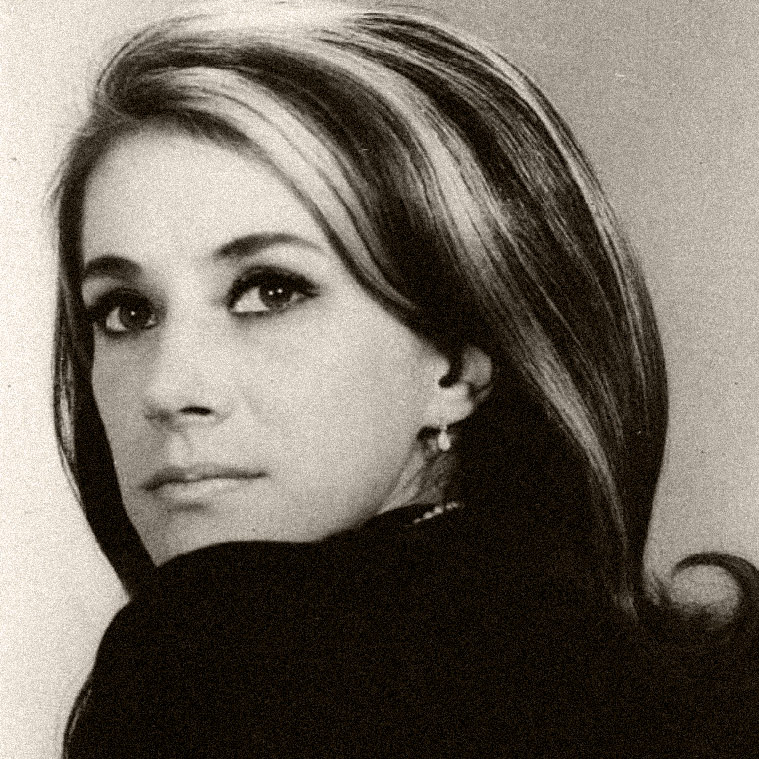 Paulette Cooper could be called the poster child for Scientology’s “fair game” abuses against a critical journalist. The story has been told many times with varying levels of detail, in most books about the history of Scientology written in the past four decades. But the story has, until now, been incomplete. In this week’s eSkeptic, Jim Lippard reviews Tony Ortega’s comprehensive account of Paulette Cooper’s story. The Unbreakable Miss Lovely: How the Church of Scientology Tried to Destroy Paulette Cooper.

Jim Lippard is a long-time skeptic who works in the information security field. He founded the Phoenix Skeptics in 1985, and has contributed to Skeptic, Reports of the National Center for Science Education, Skeptical Briefs, The Journal of the American Scientific Affiliation, Joe Nickell’s book Psychic Sleuths, and Gordon Stein’s Encyclopedia of the Paranormal. Read Jim’s full bio or his other posts on this blog.

Paulette Cooper was harassed, tricked, sued, and lied to, but was not destroyed. The Church of Scientology’s “fair game” policy, originally written by L. Ron Hubbard in 1965 and elaborated in a series of policy letters over subsequent years, stated that “suppressive persons”—defined as anyone interfering with the Church’s activities—are “fair game” for “any action” taken against them, including being “deprived of property or injured by any means by any Scientologist without any discipline of the Scientologist. [Such persons] May be tricked, sued or lied to or destroyed.”1

Paulette Cooper wrote an article for the December 1969 issue of the British magazine Queen titled “The Tragi-Farce of Scientology.”2 The Church of Scientology responded by suing her in Great Britain in 1970. When she turned her article into a 1971 book entitled The Scandal of Scientology, they sued her again. And again. Repeatedly.

Scientology harassed Cooper over the telephone, put her telephone number on bathroom walls, distributed fliers to her neighbors accusing her of prostitution, and monitored her movements and telephone calls. They broke into her psychiatrist’s office and copied records of her college counseling sessions. They gained access to her apartment and copied embarrassing passages out of her teenage diary and delivered them to her adoptive father’s office. They moved undercover operatives into her apartment building, who then befriended her and continually kept the Church updated on her behavior and emotional state. They framed her for bomb threats against Scientology in an attempt to have her imprisoned or committed to a mental institution. Because they used stationery with her fingerprints and her typewriter to create a threatening note, she was indicted and under threat of prosecution for years. The Church planned “Operation Freakout” to frame her again for bomb threats, this time against the Embassy of a Middle Eastern country—plans that were not carried out before Scientology itself was raided by the FBI in 1977 and Cooper was finally cleared of the charges that had been hanging over her.

Most of the above details are parts of a fairly well-known narrative of Cooper’s battles with Scientology, which make her the poster child for “fair game” abuses against a critical journalist. The story has been told many times with varying levels of detail, in most books about the history of Scientology written in the past four decades.3 But the story has, until now, been incomplete.

Journalist and blogger Tony Ortega, former editor of the Village Voice, executive editor of The Raw Story, and now executive editor at TheLip.tv, has written a new book, The Unbreakable Miss Lovely, which is a comprehensive account of Paulette Cooper’s story. By tracking down sources no previous investigator had interviewed, digging into neglected documents, and with some help from individuals who have left Scientology as well as from his subject, Ortega has written the definitive account of the lengths to which Scientology went in its ultimately failed attempts to destroy Paulette Cooper.

Ortega was ideally suited to write this book. His blog, The Underground Bunker,4 is the most popular blog on Scientology. His daily posts document its decline, and he has cultivated numerous sources that include former senior officials in Scientology and even sources still inside the organization. Ortega followed Cooper’s path tracking down the sources she used to write her book and interviewing people who had been in her life—friends, family, and Scientologists operating covertly, such as Nancy Many and Len Zinberg, both of whom have now left the Church. Many’s own book revealed her refusal to break into Cooper’s psychiatrist’s office for Scientology’s Guardian Office (their covert operations and dirty tricks unit).5 Zinberg, who joined Scientology as a teenager, was the person who delivered Cooper’s teen diary excerpts to her father, an action he now regrets and for which he has apologized to Cooper.6 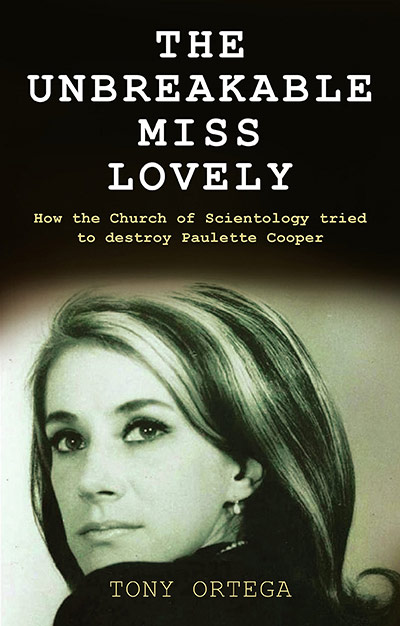 The Unbreakable Miss Lovely contains three main narratives—Paulette’s life story, focusing on her interactions with the Church of Scientology; the story of her biological parents, who were murdered by the Nazis during WWII; and the story of the Scientology’s Snow White Program, a project to infiltrate government offices and obtain information about its plans regarding Scientology. Each of these stories contains previously unpublished information; even Paulette didn’t know the details of what had happened to her biological parents before she came to the U.S. from a Belgian orphanage in 1948 at the age of six, and was separated from her older sister who grew up in Belgium. The first narrative is the shortest, told in a prologue and part of a chapter mid-way through the book. The second, on the Snow White Program, is told in two chapters, while the third makes up the bulk of the book.

Ortega’s account of the Snow White Program uncovers new details about how the FBI discovered Scientology’s government office break-ins, because he was the first journalist to interview Special Agent Christine Hansen. Hansen was the one who cracked the case, when, after she obtained warrants for the arrests of two suspicious men using fake identification cards in government offices, she noticed one of the two men at the main IRS building in Washington D.C. and arrested Gerald Wolfe on June 30, 1976. A year later, on July 8, 1977, the FBI simultaneously raided the Church of Scientology’s offices in D.C. and Los Angeles, carting out truckloads of boxes of documents, including plans of covert operations against Paulette Cooper, the unexecuted “Operation Freakout,” and the earlier bomb threat frame-up, “Operation Dynamite.”

While the book is a highly sympathetic portrait of Paulette Cooper, it is not a hagiography. Cooper sometimes comes across as gullible, as she repeatedly falls into Scientology’s traps. This appearance is no doubt partly accounted for by hindsight bias—in the 1970s Cooper did not have the benefit of knowing the lengths to which Scientology was willing to go to attack and harass her that we’ve learned from the FBI raid documents and the growing literature exposing Scientology’s activities. But many may find her gullible7 for signing a 1980 employment contract for a D.C. private investigator, Richard Bast, containing a clause that “expressly gives to the Employer her prior consent to intercept any of her wire/oral communications.” Bast, who claimed to be working for a wealthy Swiss man whose daughter had killed herself after joining Scientology, paid Cooper $2,000 a month to work for him, allowing her to quit freelance writing work and focus on researching Scientology.

In fact, Bast was working for Scientology, and therefore so was Cooper, unwittingly. Everything she uncovered was funneled to Scientology, giving them a heads-up on potential trouble and the ability to find out what their critics were up to. More recently, in 2011, former Scientology senior leader Marty Rathbun asserted that Vanity Fair writer John Connolly, who Ortega writes “regularly checked in with…Cooper” to discuss Scientology (p. 385), was also reporting back to the Church. Rathbun quoted the text of a 2006 Scientology document reporting a meeting by Connolly with Andrew Morton, purportedly to get details about the book Morton was working on about Tom Cruise.

More disturbing than the evidence of gullibility is the evidence of Cooper’s willingness to sometimes be ethically flexible about telling the truth, which comes out in the recordings Bast made of her. Ortega’s book recounts some of the more embarrassing excerpts, in which Cooper talks about planting drugs inside Scientology’s D.C. church and belittles her friend Nan McLean for her “stupid honesty” in paying a huge $800 bill for copying documents from the FBI raid while Cooper lied about how much she copied and paid only $89.50. She also criticized McLean for being unwilling to feign lapses of memory during depositions in Scientology legal cases. Ortega notes (p. 380) that some ex-Scientologists could not understand why he was writing a book about her, that they considered her to be unimportant and a “bad person.”

While the exposure of the Bast tapes damaged Cooper’s credibility, she still resolved her lawsuits with Scientology and received a substantial settlement before Hubbard’s death in 1986, and turned to writing about dogs and cats. Others have taken up writing about Scientology, but her book remains the earliest substantial critique of Scientology and L. Ron Hubbard, a classic of what is now becoming a well-populated genre. Ortega’s book, his first, now joins the ranks of the best of these, and Ortega has been on a speaking tour for the book, sometimes with the company of Paulette Cooper herself, often speaking to local skeptical groups.8