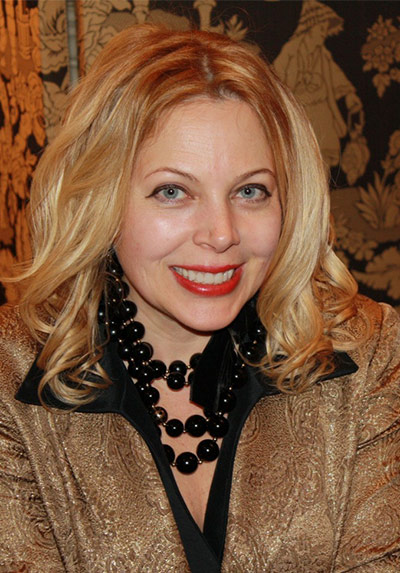 In this episode of Skepticality, Derek brings another interview from his trip to The Amazing Meeting 13: a discussion with Edwina Rogers. Edwina is currently the CEO for the Secular Policy Institute where she is helping bring more critical thought into the halls of American Government. Find out more about how a conservative from rural Alabama came to be such a major champion for science and critical thinking.

The Latest Episode of Mr. Deity: Mr Deity and the Sting 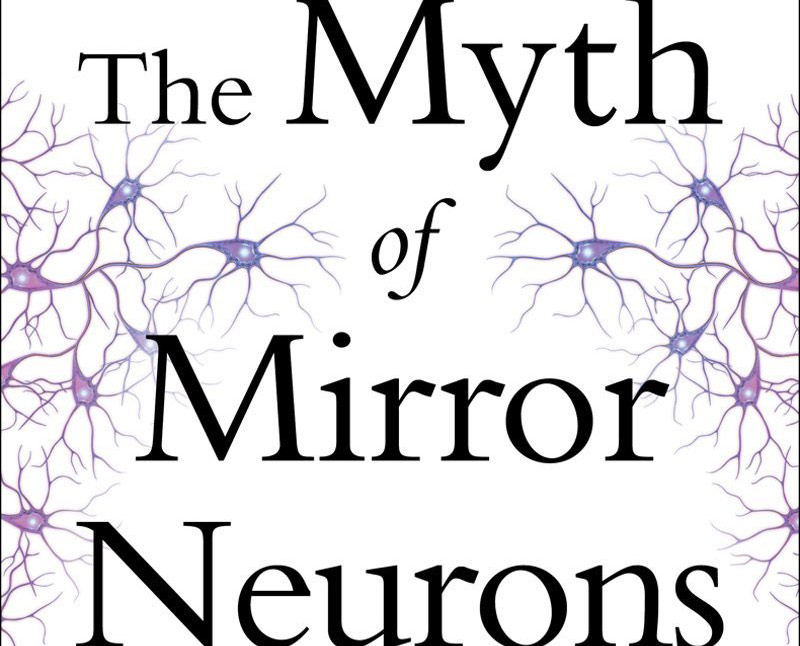 In this week’s eSkeptic, Harriet Hall reviews The Myth of Mirror Neurons: The Real Neuroscience of Communication and Cognition, by Gregory Hickok. This review first appeared on the Science-Based Medicine Blog and also in Skeptic magazine 20.2 (2015).

Harriet Hall is a retired family physician and Air Force Colonel living in Puyallup, WA. She writes about alternative medicine, pseudoscience, quackery, and critical thinking. She is a contributing editor to both Skeptic and Skeptical Inquirer, an advisor to the Quackwatch website, and an editor of Sciencebasedmedicine.org, where she writes an article every Tuesday. She is author of Women Aren’t Supposed to Fly: The Memoirs of a Female Flight Surgeon. Her website is www.skepdoc.info.

The Use and Abuse of Mirror Neurons

I couldn’t say it any better than Steven Pinker did on the jacket blurb of this important book:

Every now and again an idea from science escapes from the lab and takes on a life of its own as an explanation for all mysteries, a validation of our deepest yearnings, and irresistible bait for journalists and humanities scholars… Hickok puts an end to this monkey business by showing that mirror neurons do not, in fact, explain language, empathy, society, and world peace. But this is not a negative exposé—the reader of this book will learn a great deal of the contemporary sciences of language, mind, and brain, and will find that the reality is more exciting than the mythology.

Mirror neurons were discovered serendipitously during a study of macaque monkeys where researchers were recording the activity of individual brain cells. They found single cells that fired when the monkey grasped an object. Then they happened to notice something they hadn’t expected: the cells also fired as the monkey observed the experimenter grasping an object to set up the next trial.

The initial interpretation of the scientists: one of the functions of that part of the brain is to retrieve appropriate motor acts in response to sensory stimuli. Monkeys have rich social interactions, so it makes sense that the brain has a mechanism for communicating information about perceived actions of others to motor areas that code self-actions for execution. So far, so good. But they went on to suggest that their findings might have implications for two areas of human research that seemed to show a similar observation/execution correspondence:

Hickok suggests that the experimental setup had trained the monkeys to associate their own grasp with a reward, and to associate the grasp of the researcher with an upcoming new reward. What the researchers had observed might be merely a reflection of how the brain stores, organizes, and retrieves memories and learned motor patterns. They could have been seeing a generalized phenomenon of association rather than anything mirror-like. If so, the association process itself would be a more promising area for further research.

The findings in monkeys were replicated in other primates but not in humans. Researchers assumed that humans also had a mirror neuron system, but that assumption is supported only by indirect evidence from transcranial magnetic stimulation studies, PET scans, and the observation that patients with damage to Broca’s area had pantomime recognition defects. Hickok points out that those findings are not enough to prove that humans have mirror neurons, and that they might well have non-mirror explanations.

Mirror neuron research studies proliferated. Mirror neurons were soon implicated in everything from contagious yawning to autism. Hickok lists 37 areas of mirror neuron research and provides citations. I won’t copy the whole list, but it includes schizophrenia, sexual orientation, cigarette smoking, political attitudes, felt presence, the degree of male erection, spectator sport appreciation, drug abuse, and “misattribution of anger in the music of avant-garde jazz saxophonists.” It’s an astonishing body of speculation to have developed from an interpretation of those 12 original macaque neurons, an interpretation that Hickok thinks was probably wrong.

He describes a number of anomalies that are inconsistent with mirror neuron theory. You’ll have to read the book for the details, but I’ll just mention one of his points that made me laugh. When a man sees someone kicking another man in the balls, it doesn’t prompt him to mirror the kicking behavior; it prompts him to display a very different behavior, to cringe and protect his own groin. Hickok acknowledges that anomalies don’t necessarily prove a theory wrong, but in this case the sheer number of anomalies is cause for concern and should lead us to explore alternative explanations. 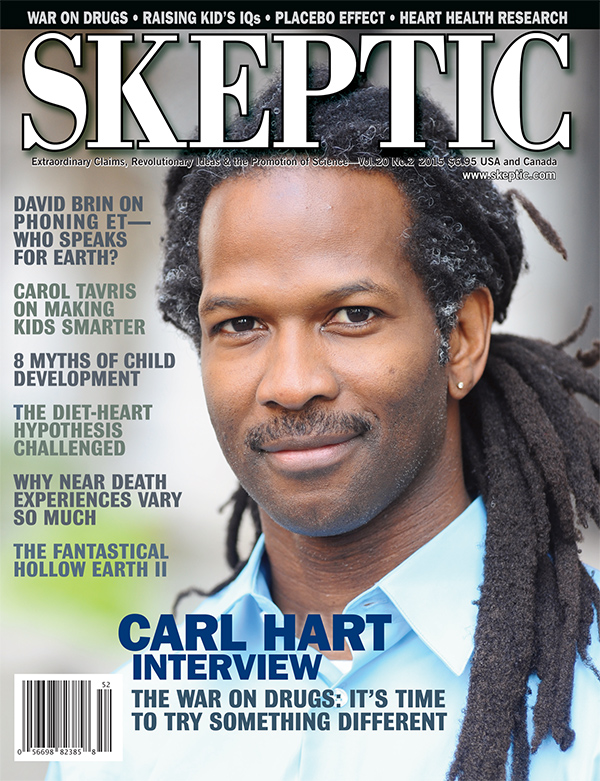 This article appeared in this issue of Skeptic magazine. Order the issue.

To give one example, mirror neurons seemed to provide a convenient explanation for autism. Autistics appear to lack the ability to understand the goals and intentions of others, to read their emotions, to empathize, and to share attention with others. It is said that they lack a “theory of mind” because of a deficit in mirror neurons. But there is really no good evidence that mirror neurons have anything to do with these abilities, and autistics don’t behave as the mirror theory would predict. There is a false-belief test where children are asked to predict where another person will look for an object when only the child knows it has been moved. Young children who can’t pass the false-belief test lack the ability to understand what is going on in another person’s mind, but they don’t behave as if they are autistic.

Hickok favors another hypothesis: that autism is not a matter of deficits at all, but of hypersensitivity to sensory inputs. This concept has been called “the intense world syndrome.” Maybe they don’t pay attention to human faces because it is painful for them to be flooded with the associated emotional sensations. Maybe the repetitive behaviors, fixations, and other features of autism are protective measures to numb them against the onslaught of overwhelming sensory input. This tallies with Temple Grandin’s “squeeze box” she invented to calm her when she felt anxious and overstimulated. Instead of claiming that he understands autism, Hickok merely proposes a hypothesis for investigation. Perhaps the best thing in the book is this sentence: “I remain a skeptic, even of my own ideas.” The words of a true scientist!

The case of autism brings up a point that applies across the board: we must be careful when making inferences about behavior. If an autistic person doesn’t appear to recognize emotions in others, that doesn’t necessarily mean that he can’t recognize them. We can observe a behavior, but we shouldn’t be hasty about assuming we know why the behavior occurs. If a person doesn’t drink milk, we might infer that he doesn’t like it; but it might be that he loves milk but is lactose intolerant. Similarly, when a part of the brain lights up on a PET scan, it indicates increased metabolic activity, but the neurons might be more active because they are working to suppress a response rather than to augment it. Hickok shows in detail how the research on mirror neurons may have gone astray because of false assumptions and jumping to unwarranted conclusions. 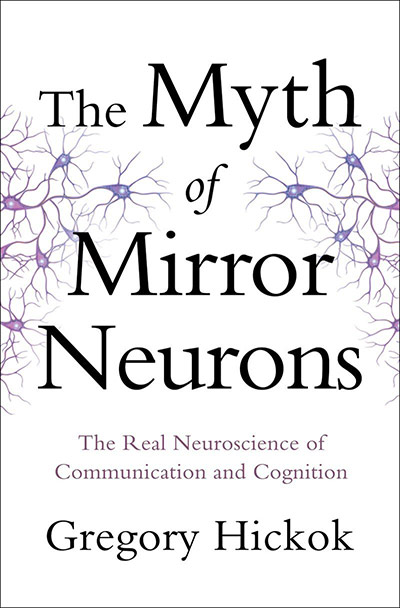 The Myth of Mirror Neurons is a fascinating, game-changing book. It explains the details of research studies and its reasoning is thoroughly backed up by citations from the scientific literature. It is not an easy read; some of the concepts are hard to grasp at first, especially for those not familiar with the relevant literature and the terminology. But it offers a valuable lesson in how scientists can be led down the wrong path and how errors can be compounded. It shows how important it is to make sure research data justify the conclusions, to search rigorously for disconfirming evidence, and to make sure alternative explanations have been considered and adequately ruled out. The book accomplishes two goals: it sheds serious doubt on almost everything that has been written about mirror neurons, and it describes cutting edge neuroscience research that may eventually lead us to a better understanding of how communication and cognition really work. No real answers, but plenty of questions. And after all, one of the most important things in science is knowing which questions to ask.