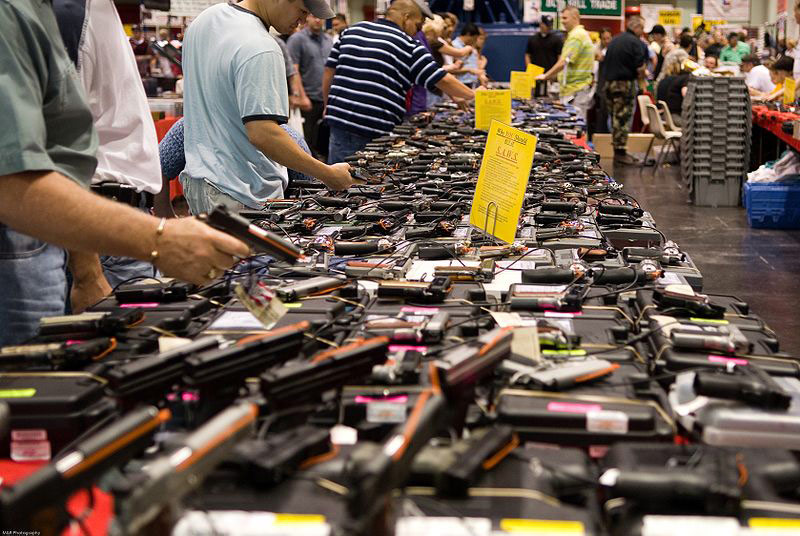 Guns in the U.S.
We’re Better at Killing Americans Than Our Enemies Are

If your gut tells you that mass public shootings are alarmingly common, your gut’s right.

The Federal Bureau of Investigation defines a mass murder as four or more deaths during a single incident with no distinct time period between killings. By this definition, according to Northeastern University criminologist James Alan Fox, between 1980 and 2010 there were an average of 20 mass murders per year, or an average of one every 2.6 weeks.

Now it looks like that interval is shrinking. According to shootingtracker.com, there were 30 mass public shootings with four or more dead in 2014, and there have been 31 this year through the Oct. 1 tragedy in Roseburg, Ore., or one every 1.6 weeks.

No wonder President Obama feels like he’s repeating himself with sullen regularity in his post-shooting speeches.

Add up all the gun fatalities since 1970 (approximate annual average of 30,000, according to the CDC) and you get the staggering figure of 1.35 million dead, which is disturbingly close to the figure of 1.39 million Americans who have died in all wars since the American Revolution.

Perhaps this is the gruesome price of freedom. The 2nd Amendment guarantees us the right to own a gun, and the U.S. Supreme Court has upheld that right in two recent cases. But should you, dear reader, choose to own a gun? …

When Cops Kill:
An Insider’s Perspective

Daniel DeLeon was inspired to write this article after reading Michael Shermer’s July, 2015 column in Scientific American titled “Outrageous: Why Cops Kill.” DeLeon thought readers might gain some insight hearing an answer to the question of why cops kill from a cop himself. He begins with some background, and then considers the many circumstances in which cops find themselves that can lead an incident to escalate into violence.

I am a white male 34 years old and grew up in the suburbs of Los Angeles area for most of my life. I served in the U.S. Army with 2nd Battalion 75th Ranger Regiment. I did a tour in Afghanistan, finished my time in the Army and went on to obtain my college degree. Finally, at the age of 26, I became a police officer with what I consider the greatest department in the world—the Los Angeles Police Department.

One of my earliest memories as a child was of my grandfather’s answer to my question about what I should be when I grow up. His response: “Son, do what makes you happy. So long as it keeps a roof over your head and food on the table, do it.” My immediate response was, “I want to be a police officer.”

Why? I don’t know, and I cannot remember any experiences with law enforcement at that time that would have led me to want this. I guess you could say it was a “calling” for me. I geared my entire life toward the goal of becoming a police officer.

As I grew older in my childhood, I always had this strong desire to want to protect others who were being harmed. Even though I was a skinny little kid growing up, I never hesitated to start a fight with a bully who was picking on someone. I always played scenarios in my head of what I would do to help if I ever saw someone in a life-threatening distress.

I did my best to stay out of trouble, never doing drugs and never committing any crimes short of a traffic violation or using Napster. I knew a tour in the military would instill within me the disciplined mindset, and it surely did. I knew education would benefit in giving me the writing and legal skills needed to survive in my chosen career.

The Los Angeles Police Department was my only choice. Growing up as a kid and seeing the LAPD’s uniform always impressed me—it seemed like there was no other like it. Seeing how the officers of the department carried themselves motivated me to be that officer some day. Most of all, a personal experience with a single LAPD officer set it all in stone…

Have you heard that we only use 10 percent of our brains? Imagine what we could accomplish if we could discover how to use that other 90 percent! There’s only one problem: none of that is true. Humans use every part of our brains.