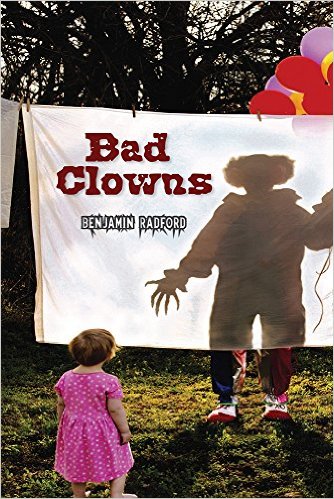 In this episode of Skepticality, Derek chats with author, investigator, and past guest on the show, Ben Radford, about his latest book: Bad Clowns. Clowns might not make the list of usual skeptical topics, but Ben thinks you might just change your mind once you delve into the history and stories in his new work. So, turn off the lights, snuggle your favorite creepy clown, and join in for some bad clown fun!

Dr. Carol Tavris is a social psychologist and coauthor, with Elliot Aronson, of Mistakes were made (but not by ME). Order the book or the lecture on DVD.

The Negative Side of Positive Psychology

In his book One Simple Idea: How Positive Thinking Reshaped Modern Life, Mitch Horowitz reports with pride how he responded to a task assigned to him by the teacher of a spiritual group. For a winter camping trip, he had to find heart-shaped pink buckets for the female campers who didn’t want to venture into the icy woods at night to urinate. Round wouldn’t do; red wouldn’t do. He searched for days, annoying his wife, who wondered why he didn’t expend the same energy on household tasks. And then, incredibly, he found exactly the right buckets at a neighborhood grocery store. The moral, he says, is that when you “endeavor past all conventional effort, to the point where giving up seems like the only possible option,” you get “an emotional charge that no actuarial table can fully capture.”

Order this back issue

Your response to this story will probably predict your response to the positive-thinking movement in general. Are you thinking to yourself, “Talk about bucket lists! What a charming account of positive thinking and persistence in the face of unlikely success!” Or are you thinking, “Did anyone think about the female campers’ reaction to being given a stupid heart-shaped pink bucket? ‘Thanks, Mitch, but I’ll just use my pee shooter so I don’t have to smell a bucket of urine all night or knock it over when I stumble out in the morning.’ How about those household tasks he wasn’t doing—did his wife tell him to, well, piss off?”

Over the years I have grown quite grumpy about positive thinking. I don’t object to it as a general life strategy, of course; but the oversimplified litany of alleged benefits it produces is scientifically problematic. Over the years of constantly updating an introductory psychology textbook with my coauthor Carole Wade, new research obliges us to keep whittling away our previous discussions of positive psychology’s benefits. In our latest edition, positive psychology is barely a shadow of its former hulking self. […]