ONE ROOM AVAILABLE FOR A COUPLE

A room for a couple has opened up for the trip of a lifetime—a Geology and science history tour of England July 14–31, 2016. View details of this incredible opportunity. This spot includes a double or queen bed at each location, and an upgraded room at the Castle Mews. 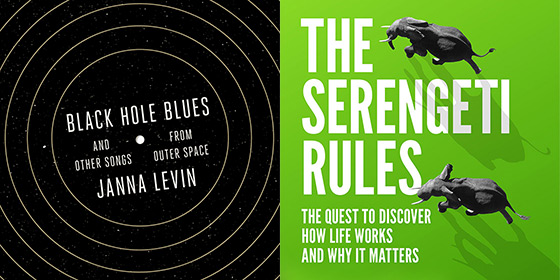 WATCH PAST SCIENCE SALONS FOR FREE

In this Science Salon based on her new book, Black Hole Blues and Other Songs from Outer Space, astrophysicist and award-winning writer Dr. Janna Levin tells the epic story of the scientific campaign to record gravitational waves—the holy grail of modern cosmology—first predicted by Einstein as part of his general theory of relativity in 1916, and detected for the first time on February 11, 2016… (Duration: 1 hour, 33 minutes)

Dr. Sean B. Carroll — The Serengeti Rules: The Quest to Discover How Life Works and Why It Matters (Science Salon # 4)

How does life work? How does nature produce the right numbers of zebras and lions on the African savanna, or fish in the ocean? How do our bodies produce the right numbers of cells in our organs and bloodstream? In The Serengeti Rules, award-winning biologist and author Sean Carroll tells the stories of the pioneering scientists who sought the answers to such simple yet profoundly important questions, and shows how their discoveries matter for our health and the health of the planet we depend upon…
(Duration: 1 hour, 36 minutes) 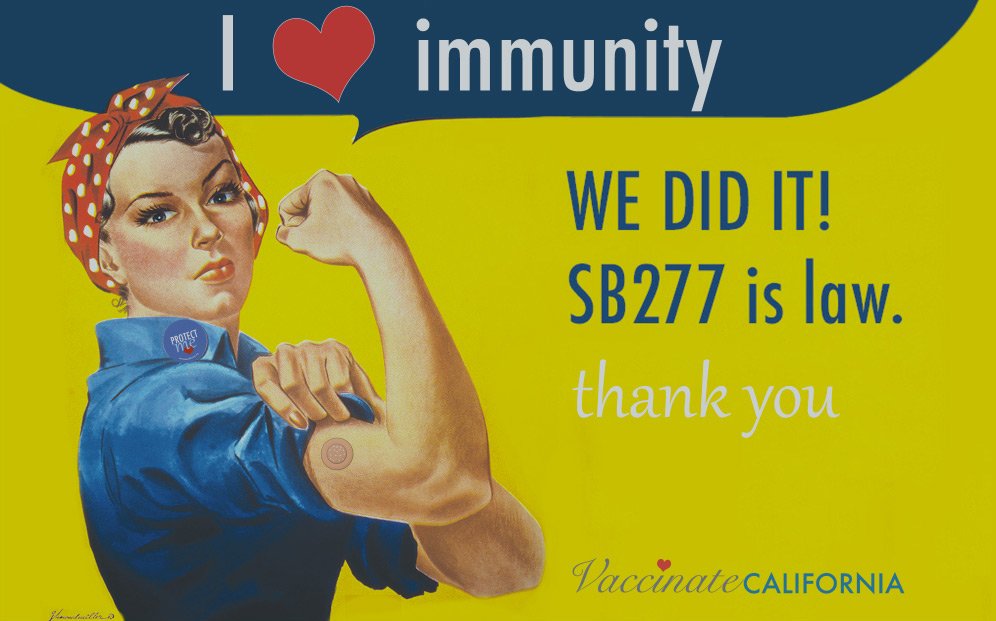 In this week’s eSkeptic, Raymond Barglow & Margret Schaefer discuss the issue of vaccination of school children, the subject in California of a prolonged and bitter debate which led to California Senate Bill 277 which eliminated the personal belief exemption that allowed unvaccinated children to attend school. The bill became law in California on the last day of June 2015. This article appeared in Skeptic magazine 21.1 (2016). Read author bios at the end of this article.

Winning the Vaccination War in California

Over the past half century vaccinations have nearly eradicated a number of infectious diseases, including polio, diphtheria, and measles in developed countries. But in the past decade some of these diseases have reappeared, particularly pertussis (whooping cough) and measles. In 2014, there were nearly 10,000 pertussis cases reported in California, more than had occurred in any year since 1947, and over 200 of the hospitalized patients were infants under four months of age. In December 2014, an outbreak of measles occurred at Disneyland in Southern California that spread across the state and nationally. The measles virus is extremely contagious and can lead to severe brain disease, seizures, ear or chest infections, and even death. 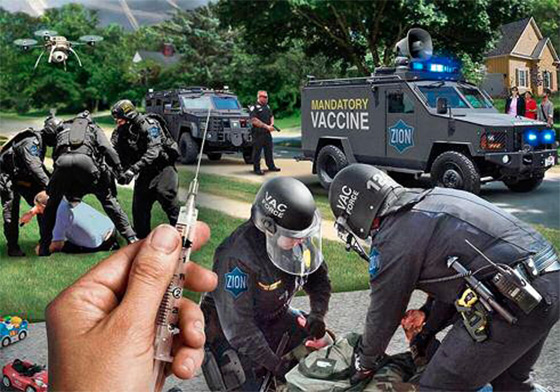 Some vaccination critics invoke the fantasy of a monstrously coercive state with armored vehicles and shock troops. Photomontage by David Dees.

These outbreaks of disease have occurred primarily in regions of California where vaccination rates have fallen below the herd immunity level (the level of inoculation required to protect a population against a disease). In California and many other states as well, there has been an increase in the number of families that obtain a “personal belief” exemption permitting them to withhold their children from vaccination programs. The high number of these exemptions accounts for a rising incidence of diseases that strike children disproportionately and that are often severely injuring or even fatal. In the case of the Disneyland measles outbreak, for example, scientists from M.I.T. and the Boston Children’s Hospital who analyzed the data reported that vaccination rates for the exposed population had fallen to between 50 and 86 percent, far below the inoculation level of 95 to 99 percent that is needed for herd immunity.

Alarmed by this upsurge of vaccine-preventable diseases, a group of parents contacted state legislators about tightening up California’s vaccination requirements. State Senators Richard Pan and Ben Allen drafted SB 277, a bill that eliminates the personal belief exemption that allowed unvaccinated children to attend school. Since it is in a school environment that infectious illnesses are most commonly transmitted from one child to another, private as well as public schools fall within the scope of the bill. SB 277 still allows exemption from vaccination for a medical reason—a child’s allergy to a vaccine, for example—but exemption is no longer granted to families that object to vaccination on religious or philosophical grounds or because they believe it is unsafe. […]

Viewing the World with a Rational Eye
SKEPTICALITY EPISODE 271

In this episode of Skepticality, Derek nabs some time with Dr. Micheal Shermer, the Publisher of Skeptic Magazine, for a little update and chat about his new book highlighting his fifteen years writing a regular column for Scientific American magazine. Then, they follow up with some discussion about how science factors into the current United States presidential election. 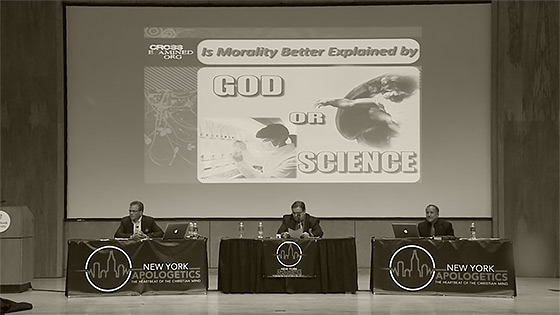 On April 16, 2015, The New York Apologetics hosted a debate at Stony Brook University between American Christian apologist Dr. Frank Turek, co-author of the book I Don’t Have Enough Faith to Be an Atheist, and Dr. Michael Shermer, the Publisher of Skeptic magazine, a monthly columnist for Scientific American, and the author of The Moral Arc: How Science and Reason Lead Humanity Toward Truth, Justice, and Freedom.