Read about all upcoming Science Salons 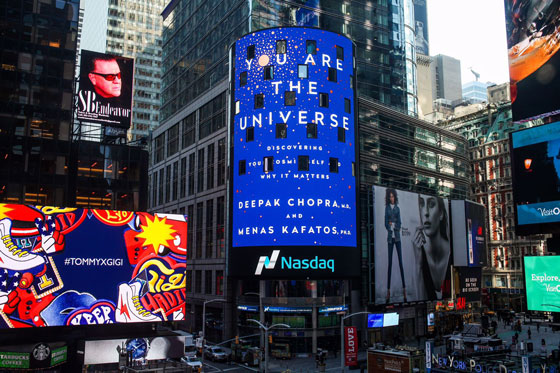 In this week’s eSkeptic, Leonard Mlodinow and Michael Shermer review You Are the Universe: Discovering Your Cosmic Self and Why it Matters, by Deepak Chopra and Menas Kafatos, 2017. (New York: Harmony Books, 288 pages)

Cosmic Consciousness and the Ptolemaic Principle

If you follow the literature of scientific research in medicine, you may have raised your eyebrows at the list of authors credited in an article that came out in the October, 2016, issue of the journal Scientific Reports. With the arcane title “Identification of altered metabolomic profiles following a Panchakarma-based Ayurvedic intervention in healthy subjects: the Self-Directed Biological Transformation Initiative (SBTI),” the article named 13 of them. They included Eric Schadt, who founded the Icahn Institute for Genomics and Multiscale Biology at the Mount Sinai School of Medicine in New York, and Harvard professor Rudolph Tanzi, co-discoverer of all three familial early-onset Alzheimer’s disease genes, who is said to be a serious candidate for a Nobel Prize. Seeing names like that on a paper describing serious scientific research wouldn’t budge anyone’s brow, but those who read further down the author list could be excused if they did a double-take: included at the end of the list of accomplished scientists was one Deepak Chopra.

Yes, this Dr. Chopra was indeed the same Dr. Chopra who has on many occasions been roundly criticized in the pages of Skeptic magazine, and on many other occasions by those who consider their mission to be that of defending science from myth and misunderstanding. So what to make of this involvement in serious research, and his acceptance by serious researchers? The dictionary defines a skeptic as “a person who maintains a doubting attitude, as toward values, plans, statements, or the character of others.” But a true skeptic doesn’t just challenge the views of others. He or she also challenges the views of him- or herself. And so it was with an open mind that we read You Are the Universe, another collaboration between Chopra and a scientist, this time Chapman University physicist Menas Kafatos. In the book, the authors offer what they purport to be a scientific argument for what they call the “participatory universe,” the proposition that the universe and human consciousness are inextricably linked. 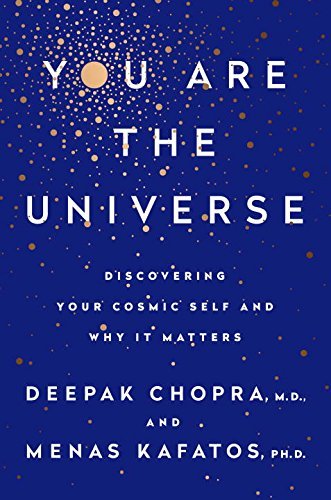 The message of their book is encapsulated in their title. The assertion means that we humans, or we who are conscious beings, are significantly intertwined with what physicists call the physical universe, which they assert is “living” and “conscious,” and responds to human minds. That “the universe” affects humans is of course indisputable, but that human existence changes the universe in some significant manner is not an idea most scientists would accept.

In the era of President Trump and fake news reports it is ironic that the authors offer statements such as “general agreement [in science] is reached by studying the facts and nothing but the facts,” as a criticism rather than a compliment.

This is not a new idea—as the authors point out, it dates back at least to the Vedic sages of ancient India. Those ancient scholars came to their conclusion, the authors tell us, “by diving deep into their own awareness.” In their day, in the search for truth there wasn’t much more one could do but meditate on such problems. Ever since the scientific revolution, however, we have had available powerful tools for understanding the physical world. As for the mind, “introspection” fell into disuse in the late 19th century as we began to uncover the role of the unconscious, which is inaccessible to introspection. Today, we have powerful brain imaging technologies that more than take up the slack. The authors promise in a sense to update the old Vedic arguments in light of these intellectual advances by employing the ideas and methods of modern science to offer evidence to support their point of view. […] 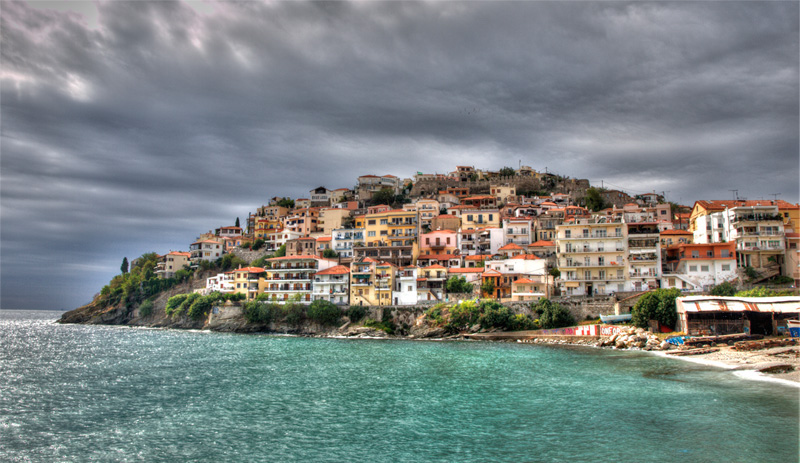 In this comprehensive course on science and skepticism Dr. Michael Shermer addresses the most mysterious, controversial, and contentious issues of our time involving: science and pseudoscience • science and pseudohistory • science and religion • science and morality • the psychology and neuroscience of belief • science and politics • science and economics • evolution and intelligent design creationism • the Baloney Detection Kit • how beliefs can be changed • how science works (and sometimes doesn’t work) from the history of science • and many specific examples of the power of belief. Using numerous examples from three decades of research on and lecturing about this subject, Professor Shermer will teach you how to think scientifically and skeptically, and he will show you how to be open-minded enough to accept new ideas without being so open-minded that your brains fall out. This unique course includes lectures accompanied by in-class demonstrations, videos, and examples from pop culture along with rigorous scientific research, plus student presentations and discussions.

Read more about this and other courses. Register online and become a skeptic in the beautiful Kavala, Greece!

In this MonsterTalk, we’re pleased to bring you an interview with psychologist Ray Hyman, a long time skeptical activist and educator, a founding member of CSICOP (now CSI) and one of the key investigators into the US government’s program to develop psychic soldiers. Some of this story was revealed in Jon Ronson’s The Men Who Stare at Goats, but in this interview you’ll hear Ray’s personal recollections about magic, skepticism and the mysterious claims of a famous psychic named Uri Geller. 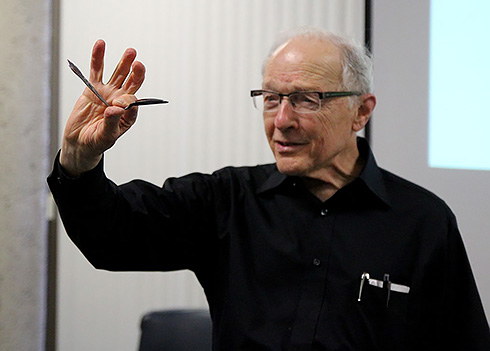