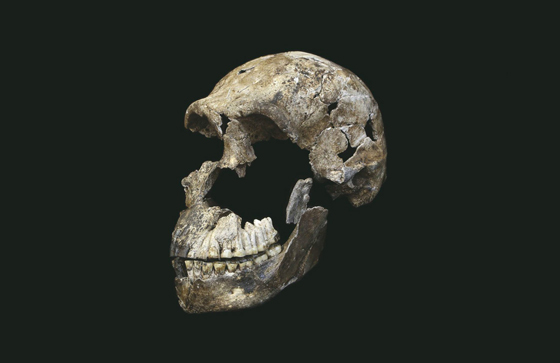 In huge announcements on May 9th, a team of scientists, led by Dr. Lee Berger, confirmed rumors that a second cave had been found harboring more Homo naledi skeletal remains, and revealed that the fossils are much younger than previously thought — a mere 300,000 years old. In this week’s eSkeptic, Dr. Nathan H. Lents catches up with Dr. Lee Berger to ask him about the astounding and far-reaching implications of these announcements.

In September of 2015, scientists at the University of Witwatersrand, led by Dr. Lee Berger, made a bombshell announcement. Not only had a new species of hominin been discovered, but the find contained more than 1500 fossils from at least 15 individuals. The remains were found all in one place, a deep dark cave in South Africa. This was, by far, the largest number of fossils ever found in one place in the history of paleoanthropology. In one fell swoop, Homo naledi went from being completely unknown to science to being one of the most fully described hominins ever. Although no age was given to the fossils at the time, speculation was rampant.

We now have an essentially complete skeleton that harbors an interesting but confusing mosaic of primitive and derived characteristics.

Over the last few months, the paleoanthropology community has been abuzz with rumors that more H. naledi fossils had been found and that the age of the fossils had been determined. On May 9th, a large team of scientists, again led by Berger, confirmed the rumors and made two big announcements regarding this enigmatic species. First, a second cave had been found harboring more H. naledi skeletal remains. Second, and even more dramatically, the dating effort from the original fossil find revealed that the fossils are much younger than previously thought, a mere 300,000 years old.

The results are released in three papers in the journal eLife, published by the Howard Hughes Medical Institute, which was also the venue for the first publication of Homo naledi in 2015. Both of these announcements have astounding and far-reaching implications. A couple days before the press conference, I caught up with Lee Berger to ask him what all this means. […] 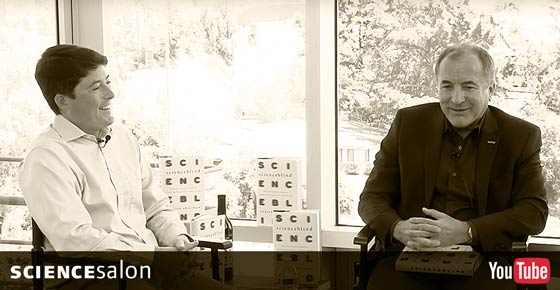 Why do we catch colds? What causes seasons to change? And if you fire a bullet from a gun and drop one from your hand, which bullet hits the ground first? In a pinch we almost always get these questions wrong. Worse, we regularly misconstrue fundamental qualities of the world around us. So, how do we get the world right? Find out by watching Science Salon # 11, featuring Dr. Andrew Shtulman. Read more about this Science Salon