In Skeptic magazine issue 22.2, we published an article titled “Area 51: What’s Really Going on There?” by Donald Prothero. It was credited as an excerpt from the forthcoming co-authored volume by Prothero and Tim Callahan, titled UFOs, Chemtrails, and Aliens: What Science Says (Indiana University Press, August 2017), which it is. But it was originally published in a book consisting of a collection of articles edited by Karen Stollznow titled Would You Believe It?: Mysterious Tales from People You’d Least Expect (January, 2017) under the same title. This work should have been properly referenced in the Skeptic issue. Our apologies to Karen Stollznow and to our readers for this oversight. 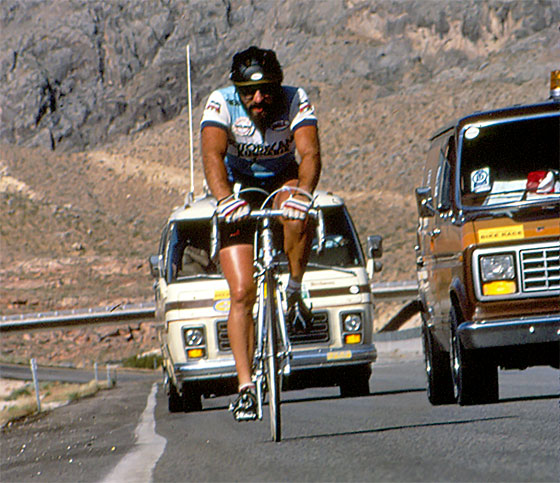 ABOVE: The author in the 1984 Race Across America (RAAM), crossing from Arizona into Utah through the Virgin River Gorge.

Among cycling aficionados of my generation, Peter Yates’ and Steve Tesich’s 1979 film Breaking Away was a welcome vehicle to convey the elegance and complex strategy of our sport to an American audience largely oblivious to its beauty and nuances. Of course, like most sports films, it was a metaphor for something deeper, in this case a coming of age story of a young man struggling to break away from the provincialism of family and friends, along with a morality tale about how everyone lies a little and some people cheat a lot. 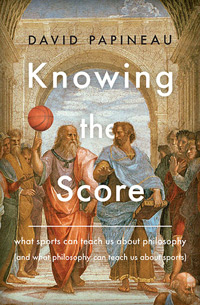 Order the hardcover
Order the Kindle Edition
Order the audiobook

In Knowing the Score, King’s College philosopher David Papineau uses specific sports as metaphors for and lessons about many of the most important and contentious issues in philosophy and life. In his chapters on cycling, for example, he confesses his ignorance while watching the 2012 Olympic road race as to why four women cyclists from different countries would work together after their break away from the peloton. Papineau finds an answer in game theory, the analysis of competition and cooperation between rational actors in a conflict situation. The prisoner’s dilemma model is the most famous example: you and another prisoner are arrested for a crime with the following options: (1) If both of you remain silent then you each receive one year in jail; (2) If you confess but the other person does not, then you go free and he gets three years; (3) If the other prisoner confesses and you don’t, then you receive the three-year penalty while he goes free; (4) If you both confess then you each get two years. What should you do? Research shows that when the game is played just once, or over a fixed number of rounds without the players being allowed to communicate, defection (confessing) is the common strategy. But when the game is played over an unknown number of rounds the most common strategy is “tit-for-tat,” where you begin by cooperating and then do whatever the other player does. Even more cooperation can be induced in a “Many Person Dilemma” in which one player interacts with several other players, and in which players are allowed to accumulate experience with the other players in order to establish trust. Here cooperation trumps competition, selflessness overcomes selfishness. […] 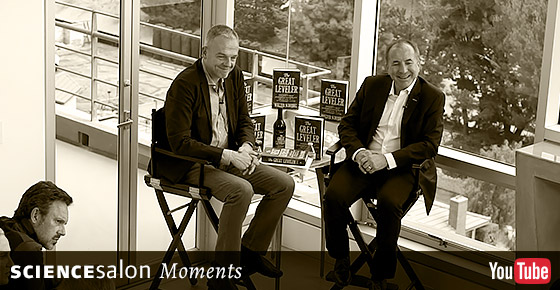 Enjoy the post-Salon Q&A session with the audience and Walter Scheidel.

The Great Leveler is the first book to chart the crucial role of violent shocks in reducing inequality over the full sweep of human history around the world. An essential contribution to the debate about inequality, The Great Leveler provides important new insights about why inequality is so persistent—and why it is unlikely to decline anytime soon.