OUR NEXT SCIENCE SALON: SEPTEMBER 17 Dr. Nancy Segal, the world’s leading expert on twins, has a new book that sheds light on over 70 commonly held ideas and beliefs about the origins and development of identical and fraternal twins. Using the latest scientific findings from psychology, psychiatry, biology, and education, Dr. Segal separates fact from fiction. Each idea about twins is described, followed by both a short answer about the truth, and then a longer, more detailed explanation. Coverage includes embryology of twins, twin types, intellectual growth, personality traits, sexual orientation of twins, marital relationships, epigenetic analyses, the frequency of different twin types and the varieties of polar body twin pairs. This book, and Salon with Dr. Segal, will inform and entertain behavioral and life science researchers, health professionals, twins, parents of twins, and anyone interested in the fascinating topic of twins and what they can teach us about human nature.

Dr. Segal earned her Ph.D. in the Social Sciences and Behavioral Sciences from the University of Chicago. From 1982-1991 she was a post-doctoral fellow and research associate at the University of Minnesota, affiliated with the well-known Minnesota Study of Twins Reared Apart. She is currently Professor of Psychology at CSU Fullerton and Director of the Twin Studies Center, which she founded in 1991. Dr. Segal has authored over 200 scientific articles and book chapters, as well as several books on twins. Her previous book, Born Together-Reared Apart: The Landmark Minnesota Twin Study (2012, Harvard University Press) won the 2013 William James Book Award from the American Psychological Association. Her other books include Someone Else’s Twin: The True Story of Babies Switched at Birth (2011), Indivisible by Two: Lives of Extraordinary Twins (2007) and Entwined Lives: Twins and What They Tell Us About Human Behavior (2000). She is the 2016 recipient of the Wang Family Excellence Award from the California State University administrators and trustees for “exemplary contributions and achievement.” She was recognized as CSUF’s Outstanding Professor of the Year in 2005 and as the Distinguished Faculty Member in Humanities and Social Sciences in 2007 and 2014. She has been a frequent guest on national and international television and radio programs, including the Martha Stewart Show, Good Morning America, the Oprah Winfrey Show and The Forum (BBC). Dr. Segal has variously served as a consultant and expert witness for the media, the law and the arts.

The Science Behind Monsters
MONSTERTALK EPISODE #134

In this episode of MonsterTalk, we take a look at the convergence of science and monsters, as Blake Smith prepares to talk at 2017’s CryptidCon in Frankfort, Kentucky. What does science have to tell us about monsters? 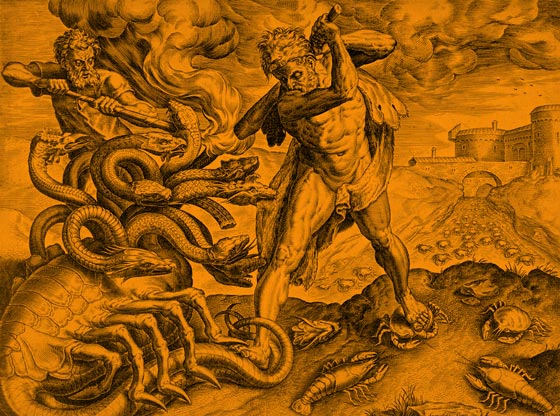 In this week’s eSkeptic, social psychologist (and regular columnist for Skeptic magazine, Carol Tavris, discusses the hydra of prejudice and the psychological predictors that lead to it rearing its ugly heads.

The Multi-headed Hydra of Prejudice

A friend of mine, a lifelong Democrat, lives in a retirement home in one of the most liberal cities in California. One day at lunch he decided to sit at a table of residents he didn’t know. He soon realized that they were all Trump voters, enthusiastically expressing their pleasure with the election. “Finally, we won’t have to look at that nigger in the White House any more,” said one woman. My friend was stunned. “Look,” he said, “it’s OK for us to have political disagreements, but I’m deeply uncomfortable with your using that ugly word.” “Too bad,” she said. “We can say whatever we really feel now. To hell with your political correctness.”

As studies from social, cognitive, and evolutionary psychology demonstrate, prejudice is a Hydra: cut off one of its nine heads, and another emerges.

I’ve long been annoyed by, and written critically about, the language police on many college campuses, where well-intentioned efforts to ban “offensive” words and deeds frequently lurches into preposterous and sometimes funny extremes. In the prologue to the latest edition of his best-selling sex-information book, The Guide to Getting It On, Paul Joannides writes:

I’ve given up trying to please people who insist that every word of every sentence must not offend a single person on the entire planet. I’ve been told I’m not supposed to say “a woman’s clitoris” because it might offend people who are transgender. So instead of using words like “woman” or “man,” I’m supposed to say “a person with a clitoris and vagina” or “a person with a penis.”1

So let’s stipulate that none of us likes being told we can’t say what we think, and that we shouldn’t think what we feel. But the kind of political correctness that Joannides laments at least has the benefit of trying to make people aware of the uses and consequences of language, as adding “or she” did to the former norm of using the generic universal male to encompass women. It pales next to what the Trump voter meant by the phrase. For her, and others like her, being “politically correct” means that somehow they have been forced to suppress their racist, misogynist, anti-Semitic, and xenophobic feelings. (Suppressed? Have they never been online?) […]