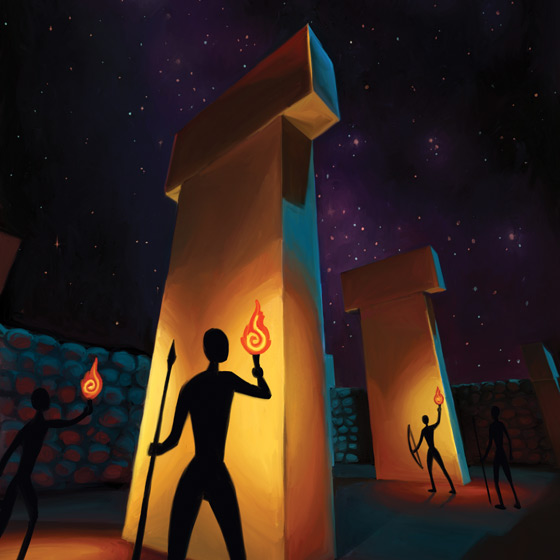 In this week’s eSkeptic, Professor of Geology at the University of South Florida, Dr. Marc J. Defant, provides an analysis of the claims made by Graham Hancock in his book Magicians of the Gods: The Forgotten Wisdom of Earth’s Lost Civilization.

Graham Hancock’s 2015 book Magicians of the Gods: The Forgotten Wisdom of Earth’s Lost Civilization1 is something of a sequel and update to his 1995 international bestseller Fingerprints of the Gods: The Evidence of Earth’s Lost Civilization,2 which was translated into 27 languages and sold more than three million copies.3 In Fingerprints, Hancock uses creation myths in ancient texts and wild geological scenarios to suggest that 12,450 years ago major crustal shifts moved Antarctica to its present location. Portions of a supposedly highly advanced unknown lost civilization (none other than Atlantis) living on Antarctica at the time were able to survive the destructive cataclysms and go on to convey their knowledge to the builders of the megalithic structures of Egypt, Maya, Babylon, and other known great civilizations. He also claims that the Mayan calendar portended world cataclysms in 2012. In Magicians, Hancock now says he got it all wrong—there was no crustal shift; instead he thinks this advanced civilization was destroyed by a comet.

Magicians appears to be on its way to becoming another bestseller for the British writer. Although Hancock has few scientific credentials (an undergraduate degree in sociology from Durham University),4 his early career as a journalist5 helped him navigate through a wide range of scientific research, but without benefit of specialized training in astronomy, geology, history, archaeology, or comparative religion and mythology. Hancock is obviously bright, articulate, and a good writer and storyteller who comes across as eminently reasonable, which makes it all the more difficult to tease apart fact from fiction in the many claims made in his books, documentary films, and lectures. 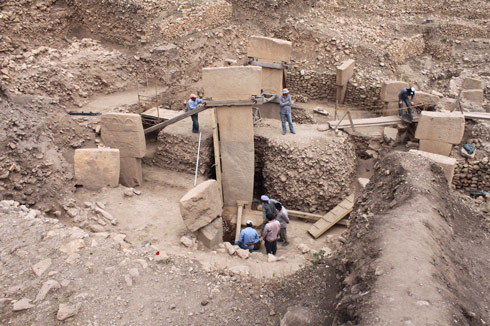 Figure 1: Excavators uncover one of many circular enclosures at Göbekli Tepe. Two large T-shaped pillars over 5m (16 feet) high typically stand in the middle of the ring with smaller pillars facing them. Some of these stones are decorated with reliefs of animals that once lived in the area. This area known as Enclosure D features birds, while others emphasize animals such as snakes, foxes, boars, or wildcats.

The centerpiece of Hancock’s Magicians is a remarkable archaeological site called Göbekli Tepe in Turkey dated to 11,600 years ago. He contends Göbekli Tepe is too advanced to have been built by hunter-gatherers alone, and must therefore have been constructed with the help of people from a more advanced civilization. Unfortunately for Hancock these people left behind no hard evidence for their existence, so he is forced to allude to what he thinks is sophisticated architecture, along with a few carved figures that he asserts represent astronomical constellations. From these speculations Hancock concludes: “At the very least it [Göbekli Tepe] would mean that some as yet unknown and unidentified people somewhere in the world had already mastered all the arts and attributes of a high civilization more than twelve thousand years ago in the depths of the last Ice Age and sent out emissaries around the world to spread the benefits of their knowledge.”

It’s a romantic notion, but not the conclusion that the late great German archaeologist Klaus Schmidt came to after excavating Göbekli Tepe for more than two decades beginning in 1994. The site, he says, was used from 11,600 to about 10,000 years before the present. Lower sections were backfilled giving way to new structures on top. The fill is refuse containing sediment, hundreds of thousands of broken animal bones, flint tools for carving the structures within the site and for hunting game, and the remains of cereals and other plant material, and even a few human bones. There is no evidence that the site was ever used as a residence, and the megaliths found there (Schmidt called them “monumental religious architecture”) along with carvings and totems, imply ritual and feasting. […]