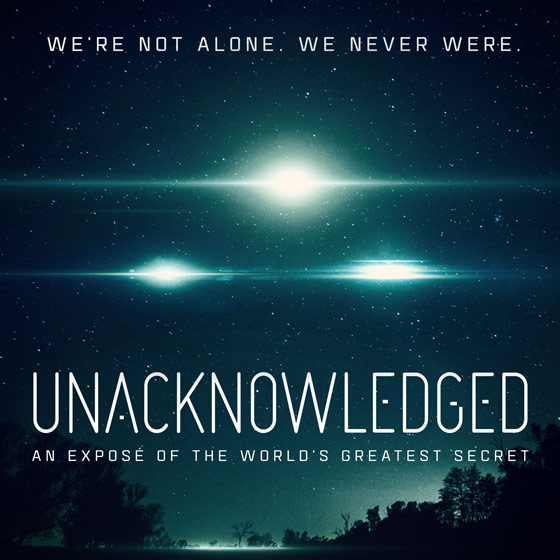 In this week’s eSkeptic, Tim Callahan reviews Unacknowledged: An Exposé of the World’s Greatest Secret, a new Netflix documentary, purporting to provide proof of alien visitation, that fails to deliver.

With its high production values and its parade of seemingly expert witnesses, Steven Greer’s film, Unacknowledged, may at first seem to provide substantial evidence of visitations by space aliens to the Earth—in particular that the Roswell incident involved an actual crashed spaceship and the bodies of its alien crew, of a massive cover-up of these contacts by the government of the United States, and the reason for the cover-up. This last is that the cover-up is part of the suppression of the science and technology of zero-point or quantum vacuum energy, which would give us unlimited, pollution-free energy and eliminate poverty and starvation throughout the world. The perpetrators of this evil conspiracy are, according to the film, those in charge of “Black Programs,” which gobble up either $40 to $80 billion a year (as it is claimed early in the film) or $100 to $200 billion (as the narrator claims later in the movie).

To anyone of a skeptical mind-set a red flag pops up early in the film when a flood of witnesses claim to have seen the crashed spaceship and the bodies of its alien crew at Area 51. I didn’t initially recognize many of the names of those witnesses. One, however stood out: Lt. Col. Philip Corso, who authored a book titled The Day After Roswell. Here is what the noted UFO investigator Stanton Friedman had to say in his review of that book:

The first part of the book, with the exception of the strange Ft. Riley, Kansas warehouse scene with an alien body being observed by Corso on July 6, seems to have nothing to do with him. He admits he wasn’t involved at all in the recovery, investigation, or evaluation of what happened near Roswell. It is almost certainly based on the many Roswell books already published by Randle and Schmitt, Moore and Berlitz, and Don Berliner and myself, but with no attempt to validate or critically evaluate anything and no credits being given.

In the second half of the book Corso seems to be taking credit for the single handed introduction of a whole host of new technologies into American industry. All this is supposedly derived from the filing cabinet of Roswell wreckage over which he was given control by General Trudeau. He is very vague about details, and there is no substantiation for any of the claims on fiber optics, Kevlar, laser weapons, microcircuits, etc.1

That the person who is taking Corso to task and implying that he is a fraud is none other than Stanton Friedman is quite telling, since Friedman is perhaps the foremost apologist for the contention that an alien spaceship crashed at Roswell and that the government is covering it up. […] 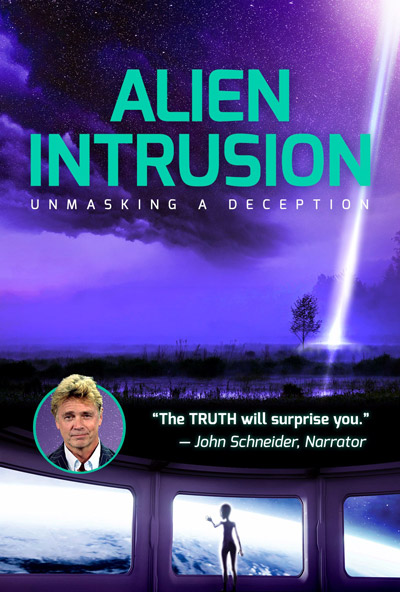 In this episode of MonsterTalk, we return to discussion of the Ultraterrestrial Hypothesis (UTH) and what seems to be its growing influence in paranormal circles. It’s been used to explain UFOs, mothman, bigfoot, fairies, dogman, ghosts and many other phenomena which defy scientific demonstrability. Now it crops up again in a new film event titled Alien Intrusion which turned out to be a stealth evangelical creationist film which suggests that aliens and UFOs are actually demonic. We are joined by MonsterTalk alum Joe Laycock, Natasha Mikles, and Jeb Card to discuss the UTH and Jeb’s Paranormal Unified Field Theory (PUFT) as it relates to this film and the work of John Keel and others.

For the Love of Science: Combating science denial with science pleasure

That conservatives doubt scientific findings and theories that conflict with their political and religious beliefs is evident from even a cursory scan of right-leaning media. The denial of evolution and of global warming and the pushback against stem cell research are the most egregious examples in recent decades. It is not surprising, because we expect those on the right to let their politics trump science—tantamount to a dog-bites-man story.

That liberals are just as guilty of antiscience bias comports more with accounts of humans chomping canines, and yet those on the left are just as skeptical of well-established science when findings clash with their political ideologies, such as with GMOs, nuclear power, genetic engineering and evolutionary psychology— skepticism of the last I call “cognitive creationism” for its endorsement of a blank-slate model of the mind in which natural selection operated on humans only from the neck down.

In reality, antiscience attitudes are formed in very narrow cognitive windows—those in which science appears to oppose certain political or religious views. Most people embrace most of science most of the time. […] 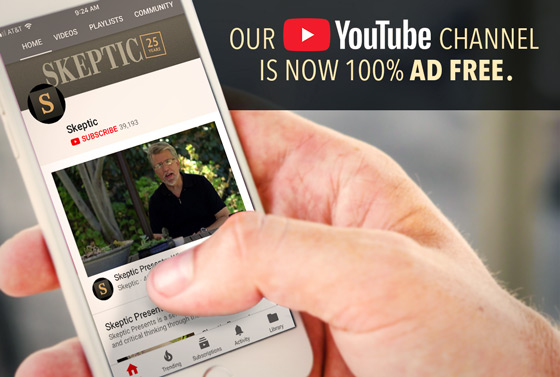 No more ads to watch. Period.

We find sitting through irrelevant, mid-reel ads just plain annoying. So, we’ve turned them all off—every last one of them. Skeptic’s YouTube Channel is now completely ad free! Watch all our videos, and never see another sponsored ad.

We work hard to produce content that you value. So, open up your YouTube app and head on over to Skeptic’s YouTube Channel and dig in. Share some ad free love with your friends and family, too. 😊

What to Watch? We made some playlists!
Science Salons • Michael Shermer
Skeptic Presents • All Videos
Show Your Support

Changing The World Through Scientific Skepticism and Critical Thinking

LogiCal-LA 2018 brings 15 exciting speakers and panelists to the Los Angeles area for an inspiring weekend of critical thinking and skepticism, science education and nightly entertainment. Skeptic and entertainer George Hrab returns as emcee.

This event is not organized by the Skeptics Society.