Dr. Carol Tavris talks with Dr. Michael Shermer about his new book Heavens on Earth: The Scientific Search for the Afterlife, Immortality, and Utopia 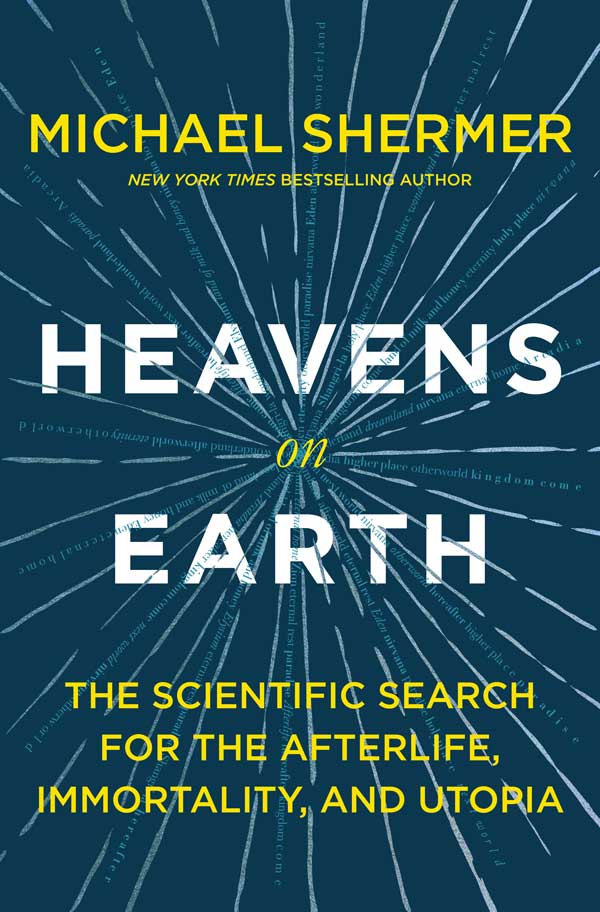 In his most ambitious work yet—a scientific exploration into humanity’s obsession with the afterlife and quest for immortality—bestselling author and skeptic, Michael Shermer, sets out to discover what drives humans’ belief in life after death, focusing on recent scientific attempts to achieve immortality along with utopian attempts to create heaven on earth.

For millennia, religions have concocted numerous manifestations of heaven and the afterlife, and though no one has ever returned from such a place to report what it is really like—or that it even exists—today science and technology are being used to try to make it happen in our lifetime. From radical life extension to cryonic suspension to mind uploading, Shermer considers how realistic these attempts are from a proper skeptical perspective.

Heavens on Earth concludes with an uplifting paean to purpose and progress and how we can live well in the here-and-now, whether or not there is a hereafter.

Order an autographed copy of the book from Shop Skeptic.

Alvy’s Error and the Meaning of Life: Science Reveals Our Deepest Purpose

In a flashback scene in the 1977 film Annie Hall, Woody Allen’s character Alvy Singer is a depressed young boy who won’t do his homework because, as he explains to his doctor: “The universe is expanding…. Well, the universe is everything, and if it’s expanding, someday it will break apart, and that will be the end of everything.” His exasperated mother upbraids the youth: “What has the universe got to do with it?! You’re here in Brooklyn. Brooklyn is not expanding!” 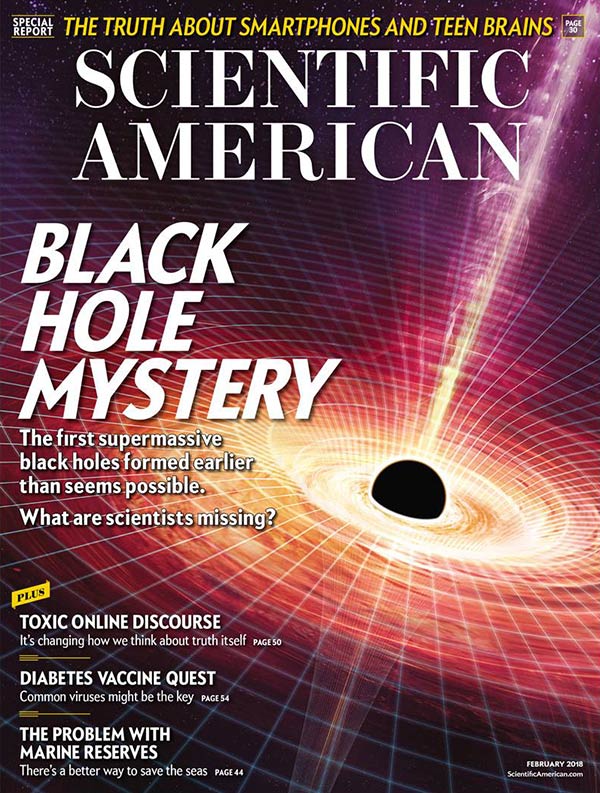 Call it “Alvy’s Error”: assessing the purpose of something at the wrong level of analysis. The level at which we should assess our actions is the human timescale of days, weeks, months and years—our life span of fourscore plus or minus 10—not the billions of years of the cosmic calendar. It is a mistake made by theologians when arguing that without a source external to our world to vouchsafe morality and meaning, nothing really matters.

One of the most prominent theologians of our time, William Lane Craig, committed Alvy’s Error in a 2009 debate at Columbia University with Yale University philosopher Shelly Kagan when he pronounced: “On a naturalistic worldview, everything is ultimately destined to destruction in the heat death of the universe. As the universe expands, it grows colder and colder as its energy is used up. Eventually all the stars will burn out, all matter will collapse into dead stars and black holes, there will be no life, no heat, no light—only the corpses of dead stars and galaxies expanding into endless darkness. In light of that end, it’s hard for me to understand how our moral choices have any sort of significance. There’s no moral accountability. The universe is neither better nor worse for what we do. Our moral lives become vacuous because they don’t have that kind of cosmic significance.” […] 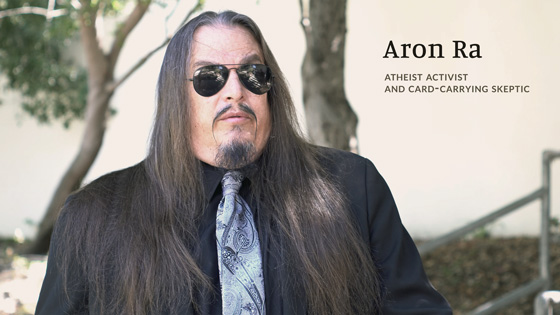 Aron Ra is an atheist activist, science communicator, former president of the Atheist Alliance of America, and the host of the Ra-Men Podcast. Become a Card-Carrying Skeptic by telling us your story. 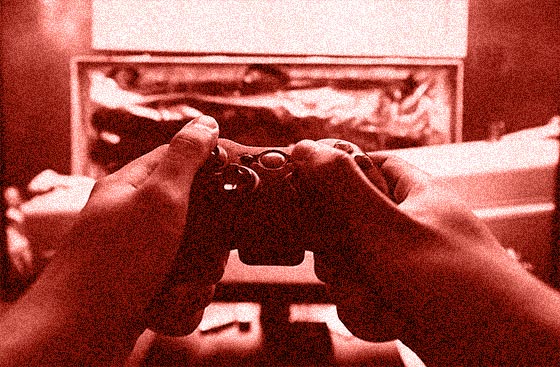 Do “violent” video games pose “as big a health risk as alcohol and drug abuse” and are they “ruining the youth of America”? In this week’s eSkeptic, Terence Hines reviews Moral Combat: Why the War on Violent Video Games Is Wrong, by Patrick M. Markey and Christopher J. Ferguson.

a review by Terence Hines 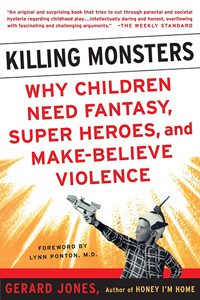 Video games, especially so-called “violent” games, are the latest in a long string of new entertainment media to be accused of “ruining the youth of America.” Video games as the cause of all sorts of societal ills have been preceded by dime novels, comic books, violent TV shows, and movies and songs with sexy or racy lyrics. In 2002, Gerard Jones published Killing Monsters: Why Children Need Fantasy, Super Heroes, and Make-Believe Violence (Basic Books), the first book, as far as I know, to critically examine the hysteria over alleged effects of make-believe violence in the media on children. It focused on all media, not just video games, and concluded that such media posed no threat. 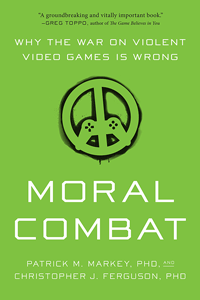 Since Jones’ 2002 book, video games, especially violent video games (hereinafter VVGs), have been the focus of worry that VVGs lead to adolescent violence, even school shootings (think Columbine), and are as addictive and dangerous as drugs. Markey and Ferguson show in their new book Moral Combat that not only are video games, even the violent first-person shooter games, innocent of the charges made against them, video games can and do have positive influences on their players. The authors begin with a brief history of video games and other supposedly harmful media. For example, psychiatrist Fredric Wertham, a crusader against comic books, believed that comics caused juvenile delinquency and that Batman and Robin encouraged homosexuality. His 1954 book Seduction of the Innocent (Rinehart) was an important part of the crusade against comics. It turns out that Wertham “overstated and potentially even fabricated much of his data” (p. 32) that he used to castigate comics.

The crusade against video games is a moral panic akin to that seen in the panic over ritual satanic child abuse.

Markey and Ferguson argue, correctly in my view, that the crusade against video games is a moral panic akin to that seen in the panic over ritual satanic child abuse. Throughout the book they make the interesting point that the crusade is led by those who have little familiarity with the video games they attack, the gamers involved, or the gaming culture that has grown up around the games. They note that the researchers who do research aimed at showing the games’ deleterious effects are largely older individuals who have little knowledge of the gamers or contact with the gamers. […] 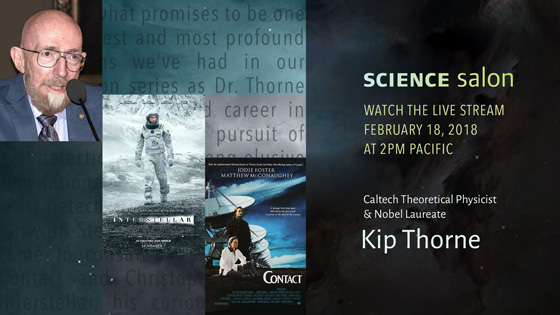