Evil, Theism, Atheism—meaning & morality in a life without god

Here’s what’s in the latest issue of Skeptic magazine (23.1): Answering the Hard Question “You’re an Atheist?! How Do You Find Meaning and Morality in Life if There is No God?” • God, Heaven, and Evil: A Renewed Defense of Atheism • The Devil’s Mark: The Evaluation of Evil, the Measurement of Morality, and the Statistical Significance of Sin • Whence Cometh Evil? The Concept and Mechanics of Natural Evil • Virtuous Reality: Why Right and Wrong Seem Real: a Critique of Moral Realism • Tearing Down Mr. Hume’s Wall: A Response to Moral Realism Skeptics • Brazilian Cancer Quackery • The “Sonic Attack” on U.S. Diplomats in Cuba: Why the State Department’s Claims Don’t Add Up • Understanding Human Skeletal Variation • Updating the Software and Hardware in Educational Practice: A Way Forward for Science and Mathematics Education • Why Freud Matters: Sigmund Freud, Anna Freud, and the Skeptical Humanist Tradition • Hope and Hype for Alzheimer’s • I, Too, Am Thinking About Me, Too • Junior Skeptic: The Incredible Claims of Pet Psychics…

Read Skeptic magazine on iOS, Android, Windows Phone, Kindle Fire HD, Mac, and PC. Get the digital edition instantly from PocketMags.com, or via the Skeptic Magazine App. Or, order the print edition from Shop Skeptic. The print edition won’t likely hit newsstands for another week or two.

30-DAY FREE TRIAL: We offer a 30-day free trial to new digital subscribers on annual subscriptions within the Skeptic Magazine App for iOS and Android devices.

The Incredible Claims of Pet Psychics 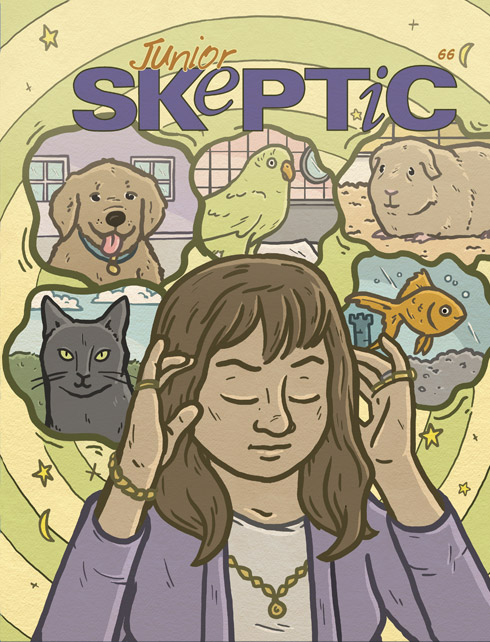 Get this issue of Junior Skeptic bound within issue 23.1 of Skeptic

Have you ever wished you could ask your dog what she’s really thinking? Wouldn’t it be great if you could have a genuine twoway conversation with your cat, hamster, or turtle? There are people who claim to have the ability to do just that. “Pet psychics”—sometimes called “animal communicators”—say that they can speak with all sorts of animals using telepathic powers. They charge money to read animals’ minds and tell the owners what those animals supposedly said. Many pet psychics also claim they can locate lost pets, heal their illnesses, and even communicate with pets who died long ago. Are these claims realistic? Let’s find out!

Factiness: Are we living in a post-truth world?

In 2005 the American Dialect Society’s word of the year was “truthiness,” popularized by Stephen Colbert on his news show satire The Colbert Report, meaning “the truth we want to exist.” In 2016 the Oxford Dictionaries nominated as its word of the year “post-truth,” which it characterized as “relating to or denoting circumstances in which objective facts are less influential in shaping public opinion than appeals to emotion and personal belief.” In 2017 “fake news” increased in usage by 365 percent, earning the top spot on the “word of the year shortlist” of the Collins English Dictionary, which defined it as “false, often sensational, information disseminated under the guise of news reporting.” 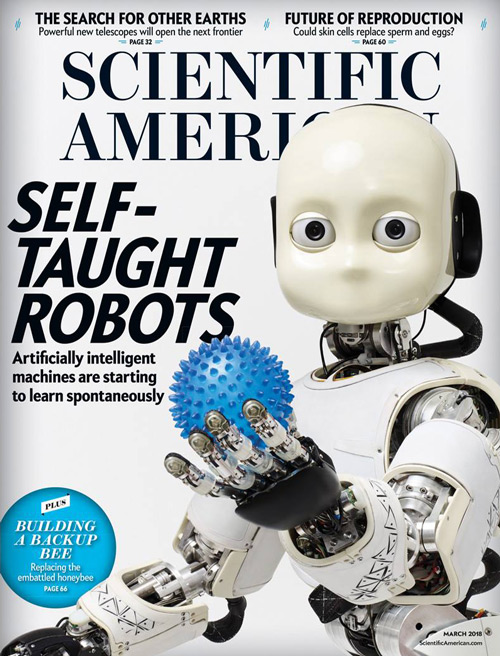 Are we living in a post-truth world of truthiness, fake news and alternative facts? Has all the progress we have made since the scientific revolution in understanding the world and ourselves been obliterated by a fusillade of social media postings and tweets? No. As Harvard University psychologist Steven Pinker observes in his resplendent new book Enlightenment Now: The Case for Reason, Science, Humanism, and Progress (Viking, 2018), “mendacity, truth-shading, conspiracy theories, extraordinary popular delusions, and the madness of crowds are as old as our species, but so is the conviction that some ideas are right and others are wrong.”

Even as pundits pronounced the end of veracity and politicians played loose with the truth, the competitive marketplace of ideas stepped up with a new tool of the Internet age: real-time fact-checking. As politicos spin-doctored reality in speeches, factcheckers at Snopes.com, FactCheck.org, and OpenSecrets.org rated them on their verisimilitude, with PolitiFact.com waggishly ranking statements as True, Mostly True, Half True, Mostly False, False, and Pants on Fire. Political fact-checking has even become clickbait (runner-up for the Oxford Dictionaries’ 2014 word of the year), as PolitiFact’s editor Angie Drobnic Holan explained in a 2015 article: “Journalists regularly tell me their media organizations have started highlighting fact-checking in their reporting because so many people click on fact-checking stories after a debate or high-profile news event.”

Far from lurching backward, Pinker notes, today’s fact-checking ethic “would have served us well in earlier decades when false rumors regularly set off pogroms, riots, lynchings, and wars (including the Spanish-American War in 1898, the escalation of the Vietnam War in 1964, the Iraq invasion of 2003, and many others).” And contrary to our medieval ancestors, he says, “few influential people today believe in werewolves, unicorns, witches, alchemy, astrology, bloodletting, miasmas, animal sacrifice, the divine right of kings, or supernatural omens in rainbows and eclipses.” […]