SCIENCE SALON (Saturday, instead of Sunday)

Dr. Kenneth R. Miller — The Human Instinct: How We Evolved to Have Reason, Consciousness, and Free Will

NOTE: This event will take place on a Saturday rather than the usual Sunday. Ken Miller is well known for his work in debunking Intelligent Design Creationism, most notably for his testimony in the Dover Pennsylvania trial that demolished the legal strategies of the movement to have creationism taught in public school science classes. His book, Only a Theory: Evolution and the Battle for America’s Soul recounts his experiences and argues why evolution is true.

Now, in his new book, Dr. Miller presents a radical, optimistic exploration of how humans evolved to develop reason, consciousness, and free will, contra scientists such as Richard Dawkins and Sam Harris who tell us that our most intimate actions, thoughts, and values are mere byproducts of thousands of generations of mindless adaptation. We are just one species among multitudes, and therefore no more significant than any other living creature.

Brown University biology professor Miller contends that this view betrays a gross misunderstanding of evolution. Natural selection surely explains how our bodies and brains were shaped, but Miller argues that it’s not a social or cultural theory of everything. In The Human Instinct, he rejects the idea that our biological heritage means that human thought, action, and imagination are pre-determined, describing instead the trajectory that ultimately gave us reason, consciousness and free will. A proper understanding of evolution, he says, reveals humankind in its glorious uniqueness—one foot planted firmly among all of the creatures we’ve evolved alongside, and the other in the special place of self-awareness and understanding that we alone occupy in the universe.

Reserve your seat(s) online or by calling 1-626-794-3119. Online reservation closes Saturday, May 19, 2018 at 11am PDT. If you purchase your ticket(s) online, you will receive a link by email to download your ticket and map to the venue. 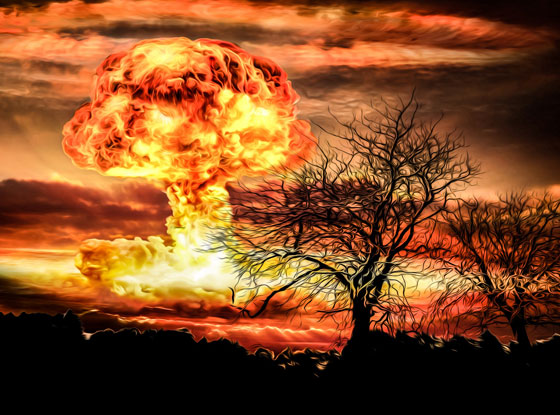 Deterrence and its Discontents

In one of his most famous lines, Captain Ahab urged: “Strike, strike through the mask!” Admittedly, said captain isn’t the finest role model one can imagine, but I’ve long thought that his demand is precisely what good skeptics are called to do: to strike through the mask of bullshit, false logic, and appeals to misleading passions so as to reach the substance underneath—if there is any—and to reveal its absence if such is the case. When it comes to skeptical unmasking, nuclear deterrence is long overdue. Just ask the citizens of Hawaii the second week of January 2018 when they were alerted by the government to run for cover with an ICBM incoming, possibly containing a nuclear warhead. It was a false alarm, but a stark reminder—with video footage filling the evening news of masses of peoples scrambling to find cover—that this is no theoretical game for intellectuals to play.

Deterrence is a remarkably simple concept, based on threat: If you attack me, I’ll retaliate so strongly that you’d wish you hadn’t started it. Therefore, you won’t attack me in the first place and both of us will be better off. Simple enough, or so it might seem—until it comes to nuclear deterrence. For many people, threatening to retaliate with nuclear weapons (following an initial attack) is a necessary evil, the only safe and secure way to live in a world with nuclear weapons. For others, it’s downright wonderful, a guarantor of peace and, moreover, a confirmation of the power and influence of their country. For me, however—and a growing number of deterrence detractors—it’s an immense evil, a downright dunderheaded, dastardly dangerous, double-dose of deception. Also ethically dubious (make that “despicable”), strategically incoherent and misleadingly marketed pile of nightmarish, nuclear nonsense.

You now know where I stand. Clearly many others are not so skeptical. To advocates of deterrence, nuclear weapons are not only justified, their existence seems to have worked, and to be working, right now. After all, they point out, nukes haven’t been used in conflict since August of 1945. Why, then, should one be so skeptical of nuclear deterrence?

Let’s start with a bit of biology, where deterrence, in its non-nuclear incarnation, is widespread and not always malign. It emerges in day-to-day affairs, in the animal world and even among plants. Roses and blackberries have thorns, saying in effect “Don’t touch me—or else!” Confront a spider, perhaps one that has accidentally strayed indoors and is thus on human turf rather than its own. The tiny creature will likely rear back on its hindmost legs and assume a threatening posture, one that is ridiculous given that it can easily be squashed with a shoe. Yet, everyone understands the gesture, even though to locate the most recent common ancestor shared by a spider and a human being one must go back more than 500 million years.

There is no punishment more draconian—for an aggressor, but extending inexorably to the entire planet—than nuclear retaliation.

Threats have an ancient pedigree in the human imagination, too. Among the most iconic and oft-repeated tales are explicit prohibitions: in the ancient Hebrew Bible, Yahweh warns Adam and Eve not to eat of the fruit of the Tree of Knowledge of Good and Evil, lest you “surely die.” (They do, anyhow.) Prometheus gives fire to human beings, despite Zeus’s explicit order to the contrary. Also from Greek mythology, Pandora gets a box (originally, a jar) that she is forbidden to open. Bluebeard’s young wife is warned not to open a particular basement door. The list goes on—and inevitably, deterrence fails.

There is no doubt, however, that in some cases, it works. Lions have large canines, not only for killing their prey but also for threatening other lions; they are notably silent when stalking zebras, reserving their impressive roar for discouraging other lions from invading their territory. When threatening another animal, the standard procedure is for the threatener to make him or herself seem larger, more imposing, more dangerous than it really is, in an effort to deter an opponent from taking its food, nest site, mate, or, quite simply, from attacking. Deterrence is far less costly than actual combat but you have to signal that you are willing to use your weapons for the deterrence to work.

Nature isn’t only “red in tooth and claw,” as Tennyson wrote. Nevertheless, living things are typically equipped with a range of intimidating options: not just teeth and claws, but also horns, antlers, poison fangs, bony shields, scary hisses and formidable roars, often wrapped up in a package designed to make themselves seem as ferocious and intimidating as possible. All the better to deter you. […] 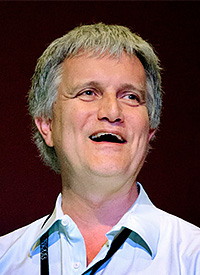 In the new movie Rampage, a giant mutant crocodile joins up with a giant ape and a giant wolf to destroy Chicago. But this is not the first giant croc to hit the big screen. Lake Placid (1999) and Alligator (1980) are just two of the many horror films that pit giant crocodilians against puny humans. The fossil record tells us that giant crocs did once roam the earth, but are they still out there today? Join us as we talk with Dr. Paul Willis about crocodiles, alligators and the facts and myths surrounding these amazing but dangerous animals.