Chasing New Horizons: Inside the Epic First Mission to Pluto Listen in on this remarkable conversation with mission leader Dr. Alan Stern and co-author of the spell-binding new book Chasing New Horizons: Inside the Epic First Mission to Pluto, Dr. David Grinspoon, as they recount the story of the men and women behind this amazing mission: of their decades-long commitment and persistence; of the political fights within and outside of NASA; of the sheer human ingenuity it took to design, build, and fly the mission; and of the plans for New Horizons’ next encounter, 1 billion miles past Pluto in 2019.

Told from the insider’s perspective of mission leader Dr. Alan Stern and others on New Horizons, and including two stunning 16-page full-color inserts of images, Chasing New Horizons is a riveting account of scientific discovery, and of how much we humans can achieve when people focused on a dream work together toward their incredible goal. Nothing like this has occurred in a generation―a raw exploration of new worlds unparalleled since NASA’s Voyager missions to Uranus and Neptune―and nothing quite like it is planned to happen ever again. The photos that New Horizons sent back to Earth graced the front pages of newspapers on all 7 continents, and NASA’s website for the mission received more than 2 billion hits in the days surrounding the flyby. At a time when so many think that our most historic achievements are in the past, the most distant planetary exploration ever attempted not only succeeded in 2015 but made history and captured the world’s imagination. 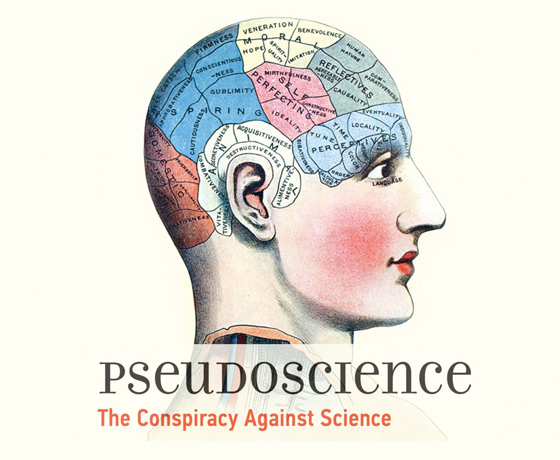 We live in a post-truth, anti-intellectual world where intuition, “common sense,” and fake news are often preferred to scientific evidence, and where pseudoscience is often presented as valid science. Assuming that truth exists and is worth searching for, and that science is our most reliable tool in that search, how can we identify pseudoscience and combat it effectively?

Allison B. Kaufman and James C. Kaufman have edited a collection of articles with the title Pseudoscience: The Conspiracy Against Science. The contributors are experts in various fields who have different approaches to the subject. The result is an invaluable volume that examines the cognitive biases that lead to pseudoscience, the history of pseudoscience, the reasons for its wide acceptance, how it is endangering our society, how to recognize it, and how we might reduce its impact.

In the first chapter, David Hecht argues that understanding pseudoscience is as important as debunking it. Science and pseudoscience are opposite ends of one spectrum; we can easily identify the extremes, but there is no clear line separating them. Pseudoscientific beliefs are not as random or indefensible as they seem, and science is not as objective and detached as we like to think. Science is powerful but imperfect; and until we understand its limitations, we shouldn’t condemn those who choose not to trust it. We must avoid dogmatism and remember that scientific knowledge is always provisional.

In a chapter titled “The Psychology of (Pseudo) Science: Cognitive, Social, and Cultural Factors,” Emilio Lobato and Corinne Zimmerman show that pseudoscientific and scientific beliefs are essentially formed in the same way and are subject to the same cognitive biases and social influences. In a chapter on “The Illusion of Causality: A Cognitive Bias Underlying Pseudoscience,” Fernando Blanco and Helena Matute explain the psychology of causal illusions and argue that they are one of the central problems underlying pseudoscience. Other chapters discuss what pseudoscience costs society, factors that affect scientific soundness, pseudoscience in the mainstream, and science activism.

David Gorski explains how the misguided concept of “integrative” medicine has allowed the infiltration of quackery into academia, taking advantage of the blind spot of evidence-based medicine: biological plausibility. Britt Marie Hermes, a former naturopath turned whistleblower, deconstructs the core principles of naturopathy. Kevin Folta examines the weapons and tactics in the war on crop biotechnology. Chad Orzel argues that scientific failures like cold fusion and the report of faster-than-light neutrinos are a good thing: they demonstrate how science responds to criticism and corrects its mistakes, while pseudoscience fails to engage meaningfully with criticism. Other chapters examine the science and pseudoscience behind the anti-vaccine movement, IQ tests, hypnosis, parapsychology, AIDS denialism, over-protection of children, and the challenges of changing minds. There is an excellent discussion of predatory journals and the failures of peer review. And much more. […] 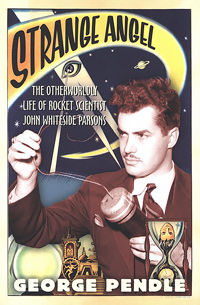 The history of magic and science converged in the explosive life of Jack Parsons. By day he was a pioneer in the field of rocket propulsion whose work helped win WWII. By night he performed magic rituals and hoped to invoke powers which would change the world. Researcher Jerry Drake joins us to tell the astonishing story of Jack Parsons, a man whose short life seemed to intersect with some of the most intriguing figures in pop-culture, religion and science, but whose career contributions seemed on the verge of being forgotten until very recently. Parsons is the subject of a new CBS television series, based on the book Strange Angel.

Warning: The subject matter of this episode may not be suitable for children. Listener discretion is advised.