In his June 2018 ‘Skeptic’ column for Scientific American, Michael Shermer discusses Google data scientist Seth Stephens-Davidowitz’s idea that Google searches may act as a “digital truth serum” for our deeper and darker thoughts.

Soul-Searching
Google as a window into our private thoughts

What are the weirdest questions you’ve ever Googled? Mine might be (for my latest book): “How many people have ever lived?” “What do people think about just before death?” and “How many bits would it take to resurrect in a virtual reality everyone who ever lived?” (It’s 10 to the power of 10123.) Using Google’s autocomplete and Keyword Planner tools, U.K.-based Internet company Digitaloft generated a list of what it considers 20 of the craziest searches, including “Am I pregnant?” “Are aliens real?” “Why do men have nipples?” “Is the world flat?” and “Can a man get pregnant?” 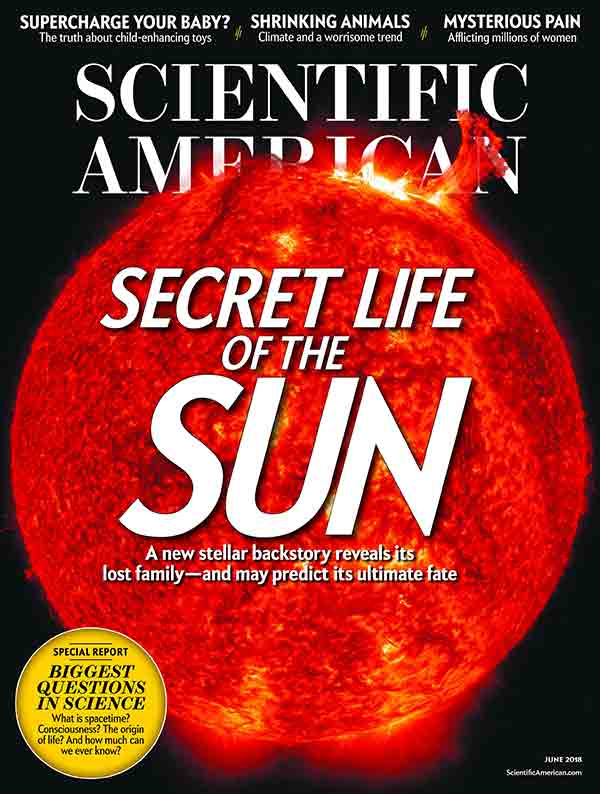 This is all very entertaining, but according to economist Seth Stephens-Davidowitz, who worked at Google as a data scientist (he is now an op-ed writer for the New York Times), such searches may act as a “digital truth serum” for deeper and darker thoughts. As he explains in his book Everybody Lies: Big Data, New Data, and What the Internet Can Tell Us About Who We Really Are (Dey Street Books, 2017), “In the pre-digital age, people hid their embarrassing thoughts from other people. In the digital age, they still hide them from other people, but not from the internet and in particular sites such as Google and PornHub, which protect their anonymity.” Employing big data research tools “allows us to finally see what people really want and really do, not what they say they want and say they do.”

People may tell pollsters that they are not racist, for example, and polling data do indicate that bigoted attitudes have been in steady decline for decades on such issues as interracial marriage, women’s rights and gay marriage, indicating that conservatives today are more socially liberal than liberals were in the 1950s. […]