SUBMIT A QUESTION TO US

Continuing our Science Salon dialogues we are adding an AMA (Ask Me Anything) feature with Dr. Michael Shermer. Email your questions to askmeanything@michaelshermer.com. Selected questions will be answered in an upcoming special AMA episode of Science Salon.

It can be on anything: skepticism, science and religion, why people believe in God, pseudoscience, pseudo history, free will and determinism, the nature of consciousness, capital punishment, abortion, political beliefs, his Scientific American columns, human violence, human nature, the Alt-Left vs. the Alt-Right, the Intellectual Dark Web, cycling, why athletes dope (and why people cheat and lie), war and peace, etc. 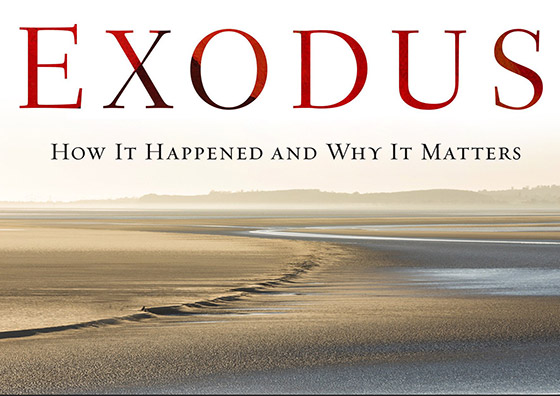 Exodus Matters
Did the Exodus really happen,
and why does it matter if it did?

Peeling back layers of the grand myth of the Exodus Dr. Richard Elliott Friedman, the biblical scholar and Professor of Jewish Studies at the University of Georgia, first notes a number of important facts. First, the Victory Stele of Pharaoh Merneptah, son of Ramesses II, the Great, which is often called the “Israel Stele,” is the oldest record of an entity named “Israel.” The stele is dated at ca. 1205 BCE, near the end of the Bronze Age. In it Merneptah names the various peoples of Canaan he subdued in the process of reinstating Egyptian hegemony over the region. Among the many cities and peoples mentioned is the brief assertion, “Israel is laid waste, his seed is not.” When it came to names ancient Egyptian writings preceded them with characters called “determinatives” that denoted whether the name following it was that of a person, a people, a city, a nation, etc. In the Merneptah Stele the determinative before the name “Israel” denotes a people, but not a kingdom. Thus, Israel already existed as a tribal group, one of many peoples in Canaan by ca. 1200 BCE, traditionally one of the likely time frames of the Exodus.

Friedman also notes that the numbers of Israelites listed in the biblical account of the Exodus are wildly exaggerated. According to Numbers 1:46 the numbers of males capable of bearing arms was 603,550, meaning that, with their wives and children, the Israelites would have numbered over two million people. Yet, this huge number of people—who would have overwhelmed the Egyptians in Egypt by sheer weight of numbers—left no trace of their passage through the Sinai Desert. Nor is there any evidence from either history or archaeology of the plagues that ravaged Egypt in the story of the Exodus or of the loss of an entire Egyptian army, including 600 chariots (Exodus 14:7).

However, Friedman notes that many of the Levites, and only the Levites, have Egyptian names. These include (p. 32) Hophni, Hur, Phinehas, Merari, Mushi, Pashur and, particularly, Moses. The name Moses is likely derived from a suffix in Egyptian names, mose (pronounced MO-seh), roughly meaning “child of,” as in Thutmose, “Child of Thoth” or its variant “messes,” as in Ramesses, “Child of Ra.” What deity’s name might have originally preceded the mose of Moses is impossible to say. It’s difficult to explain how so many of the Levites had Egyptian names without the Levites having some connection with Egypt, a connection not found in the other Israelite tribes. He further notes that, of the three basic documentary strands that make up the Exodus narrative, two, E and P, were likely written by Levites. Only the J narrative—which contains none of the plagues against Egypt—was written by a non-Levite. Also, Friedman points out other Egyptian connections to the Levites and the E and P versions of the plagues against Egypt, as well as the description of the Tabernacle in Exodus 25 (P source). The description of the Tabernacle parallels the Egyptian description of the Battle Tent of Rameses II (pp. 53, 54). Likewise, the description of the Ark of the Covenant closely resembles that of ceremonial barks carried in Egyptian religious processions (p. 54). The plagues against Egypt are, likewise, paralleled in Egyptian texts (p. 57). I might add that, except for the plague of hail and the death of the first-born, these plagues are exaggerations of Egyptian seasonal ills. […] 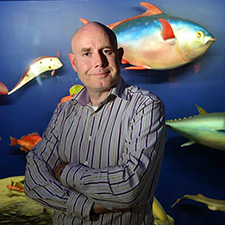 We interview Professor Neil Gemmell (@ProfGemmell) who is currently conducting eDNA research into various lake monsters of Scotland, especially Nessie and Morag. His lab at the University of Otago in New Zealand is hoping to find a lot of new information about the life within these cold, deep lakes using cutting edge techniques for gathering DNA from the waters at various depths. Neil was inspired to this research from reading MT alum Darren Naish’s book Hunting Monsters, which is now available in paperback.

Neil was inspired to this research from reading MT alum Darren Naish’s book Hunting Monsters, which is now available in paperback.