In Science Salon # 27, Dr. Michael Shermer talks with Charles S. Cockell, Professor of astrobiology at the University of Edinburgh and the director of the UK Centre for Astrobiology. Order The Equations of Life

We are all familiar with the popular idea of strange alien life wildly different from life on earth inhabiting other planets. Maybe it’s made of silicon! Maybe it has wheels! Or maybe it doesn’t. In The Equations of Life, astrobiologist Charles S. Cockell makes the forceful argument that the laws of physics narrowly constrain how life can evolve, making evolution’s outcomes predictable. If we were to find on a distant planet something very much like a lady bug eating something like an aphid, we shouldn’t be surprised. The forms of life are guided by a limited set of rules, and as a result, there is a narrow set of solutions to the challenges of existence.

In addition to these topics, Dr. Shermer and Dr. Cockell discuss: the origins of life on earth; the possibility of finding life on Mars and, if we did, would it have something like DNA, albeit with different base pairs?; Fermi’s paradox: if the laws of physics and evolution are so common throughout the universe, and there are so many earth-like planets in our galaxy alone (estimated to be in the billions), where is everyone?; humanity becoming an interplanetary species (possibly the first), and if so what type of governing system we should employ for, say, the first colonies on Mars.

Does a giant prehistoric shark lurk deep in the waters of the ocean, surviving against all odds to surprise us by occasionally biting a giant whale in half? No. But these animals did once exist and we don’t need to pretend they’re still alive to be blown away by their stunning biological features. We talk with Dr. Craig McClain about the amazing animal we call Megalodon. 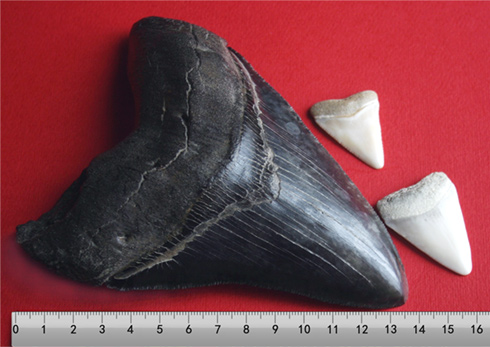