Dr. Neil deGrasse Tyson — Accessory to War: The Unspoken Alliance Between Astrophysics and the Military In this deep dive into the history of science and war, and the strange but productive alliances that have been formed over the centuries—particularly those between astrophysicists and politicians, governments, military, and corporations—Neil deGrasse Tyson and Michael Shermer cover centuries of history and the many facets of science policy that have brought us to the modern world of space telescopes, GPS, and the Internet, along with guided missiles, nuclear weapons, and smart bombs delivered by drones. The conversation focuses primarily on Tyson’s new book, Accessory to War, co-authored with his long-time Natural History editor Avis Lang, which is a serious scholarly work on a monumentally influential topic. Shermer also challenges Tyson on the relationship between resource scarcity and war, and when scientists like Werner von Braun and Edward Teller go too far in developing weapons of mass destruction, when “scientists know sin.” Tyson is at his best when pushed to go deep on serious subjects like these. Don’t miss this fascinating discussion.

Neil deGrasse Tyson is an astrophysicist, author, and the Frederick P. Rose Director of the Hayden Planetarium at the Rose Center for Earth and Space in New York City. He is the host of the Cosmos television documentary series, and of his wildly popular Startalk podcast and National Geographic television show. His books include Death by Black Hole, Origins, The Sky is Not the Limit, The Pluto Files, Space Chronicles, and Astrophysics for People in a Hurry, which has been on the New York Times bestseller list for 67 weeks.

This remote Science Salon was recorded on September 5, 2018. 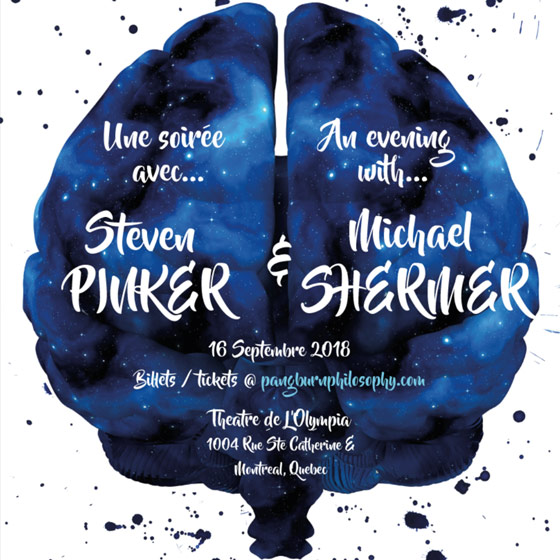 Join these decorated authors as they talk science & reason! Part of the event will be an audience Q&A. There will also be a book signing following the event.

Dr. Steven Pinker is a Johnstone Family Professor in the Department of Psychology at Harvard University where he conducts research on language and cognition. He writes for publications such as the New York Times, Time and The Atlantic, and is the author of ten books, including The Language Instinct, How the Mind Works, The Blank Slate, The Stuff of Thought, The Better Angels of Our Nature, and most recently, Enlightenment Now: The Case for Reason, Science, Humanism, and Progress.

Dr. Michael Shermer is the Publisher of Skeptic magazine, a monthly columnist for Scientific American, and a Presidential Fellow at Chapman University where he teaches Skepticism 101. He is the author of Why People Believe Weird Things, Why Darwin Matters, The Science of Good and Evil, and The Moral Arc. His new book is Heavens on Earth: The Scientific Search for the Afterlife, Immortality & Utopia. 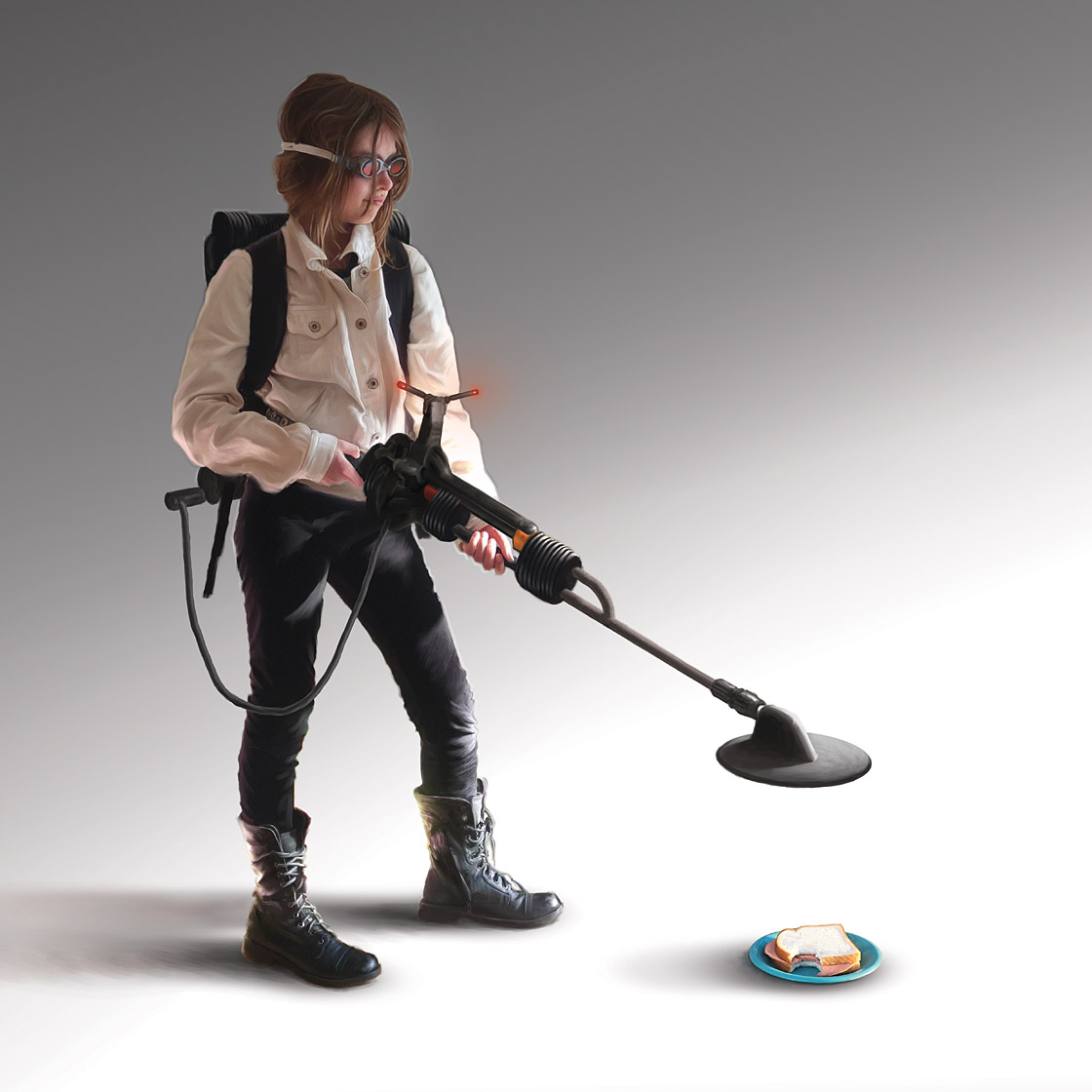 An Easy Guide to Baloney Detection!

In an era of “fake news,” “post truth,” and just plain old-as-time baloney, kids need critical thinking more than ever! They’re bombarded by good, bad, and bogus claims every day of their lives. Young people need tools to sift fact from fiction when they navigate YouTube, television, and social media.

To help, the Skeptics Society is proud to release a special issue of Junior Skeptic for FREE in PDF format — Daniel Loxton’s 2017 article, “An Easy Guide to Baloney Detection!”

Junior Skeptic is an illustrated 10-page publication bound inside every new print and digital issue of Skeptic magazine. Published since 1998, it is skepticism’s longest-running critical thinking project for younger minds, and the home of national award-winning science writing. 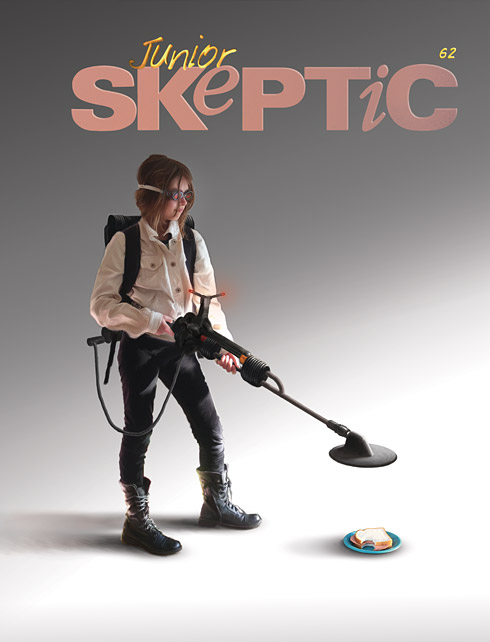 This special issue of Junior Skeptic is inspired in part by astronomer Carl Sagan’s 1987 Parade magazine article “The Fine Art of Baloney Detection” and his 1996 book The Demon-Haunted World. It is loosely adapted from the Skeptics Society’s 2001 The Baloney Detection Kit booklet by Michael Shermer and Pat Linse.

Download this free issue now in either its original format (black and white with color cover) or an exclusive new version with full color throughout! 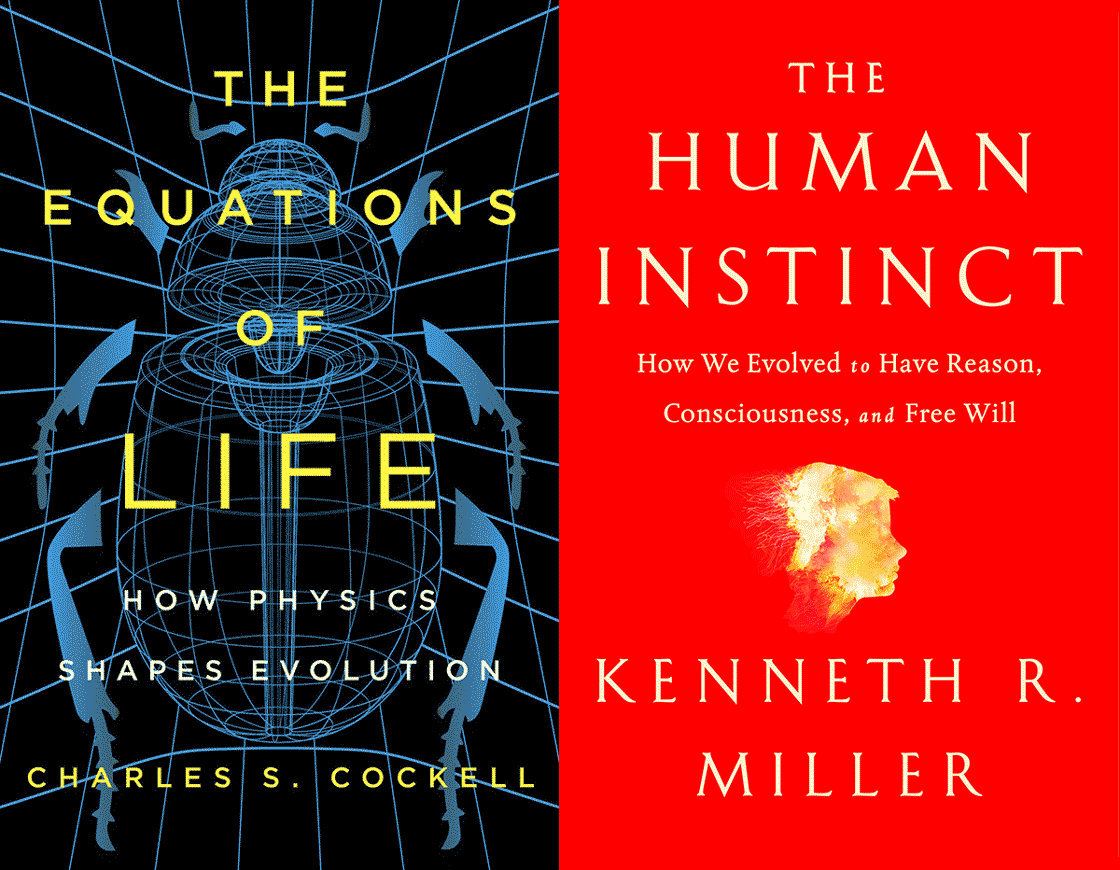 Nathan H. Lents reviews The Equations of Life: How Physics Shapes Evolution by Charles S. Cockell, and The Human Instinct: How We Evolved to Have Reason, Consciousness, and Free Will by Kenneth R. Miller.

The Inevitability of Intelligent Life?

Thus far, 2018 has been a terrific year for popular science books and two stand out in particular for confronting head-on some of the biggest and most difficult questions scientists confront. In his new masterpiece, The Equations of Life: How Physics Shapes Evolution, biophysicist Charles S. Cockell wades with admirable fortitude into the waters of how the laws of physics and mathematics place constraints—and find solutions—to the great challenges of survival. How inevitable was it that life would land on DNA as the repository of genetic information? Why have the vast majority of species settled on two biological sexes? What’s so special about phospholipids that all living cells use them for their membranes? How do ladybugs regulate their temperature? These are just a few of the incredibly complicated biological questions that actually have quite simple mathematical answers, as Cockell demonstrates.

Biologist Kenneth R. Miller tackles questions no smaller than the human intellect itself in his fourth book, The Human Instinct: How We Evolved to Have Reason, Consciousness, and Free Will. In it, Miller gives a brief but comprehensive summary of the most important scientific and philosophical work aimed at explaining if and how humans have a true and autonomous inner self. As Miller astutely acknowledges, even the language we use to address this question—words like autonomy, individual, thought, perception, intention, awareness, and conscience—cannot be taken for granted. If these words are to have any meaning whatsoever, that meaning must be created in the very instrument they are meant to describe, the human mind. It is not difficult to tie oneself into rhetorical knots while attempting to discuss the nature of consciousness, yet Miller nimbly walks us through the minefield.

If The Equations of Life attempts to provide simple answers to complicated questions, The Human Instinct does the opposite, helping us see just how complicated these questions really are and how divergent the answers could be. These books pair together perfectly because they both strike blows against the prevailing notion that human beings are the most unlikely of species. As Cockell explains, “there is nothing uncanny about life’s ability to land on the same solutions.” While anyone with basic knowledge of biology is aware of the many examples of convergent evolution, Cockell seasons those examples by deriving the mathematical relationships that underlie the convergence. Even if things like building a cell, storing genetic information, and swarming towards food might be easily reduced to physical forces, surely reason and consciousness are in a different realm altogether. Hardly, says Miller. Channeling the eminent paleontologist Simon Conway Morris, among others, Miller aggressively defends the claim that, “It is possible, perhaps even likely, that the appearance of humanlike intelligence is part of the deep structure of nature probed again and again by the evolutionary process.” […]