Daniel de Visé — On Comebacks in Sports and Life 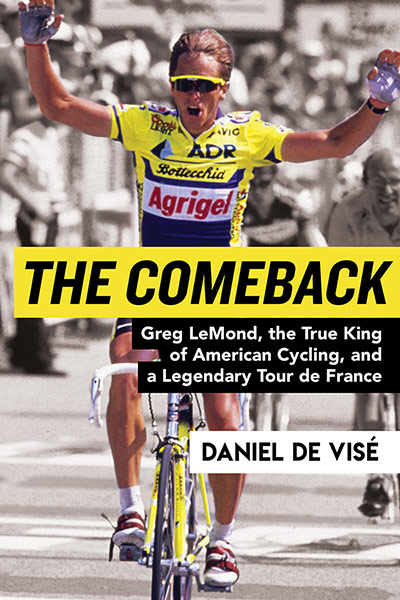 In this unusual dialogue Dr. Shermer talks to author and journalist Daniel de Visé about one of the greatest athletes in American history, three-time Tour de France winner Greg LeMond and de Vise’s new book about the cyclist, The Comeback: Greg LeMond, the True King of American Cycling, and a Legendary Tour de France. They also get into what constitutes fairness in sports, Lance Armstrong and the era of doping in sports in which nearly every professional athlete (not just in cycling) was using Performing Enhancing Drugs, and the ethics of how something can be immoral if everyone is doing it. Shermer explains his game theory analysis of cheating and how to tilt the incentive matrix to encourage fair play among all agents in a system. They also touch on de Vise’s prior bestselling book Andy and Don, the story of Andy Griffith and Don Knotts and their classic American television series.

Daniel de Visé is an author and journalist. He has worked at the Washington Post, the Miami Herald, and in 2001 shared a Pulitzer Prize for his investigative journalism of the on-the-scene coverage of the pre-dawn raid by federal agents that took the Cuban boy Elian Gonzalez from his Miami relatives and reunited him with his Cuban father. His investigative reporting twice led to the release of wrongly convicted men from life terms in prison. He is the author of I Forgot to Remember and Andy and Don: The Making of a Friendship and a Classic American TV Show .

This Science Salon was recorded on September 14, 2018. 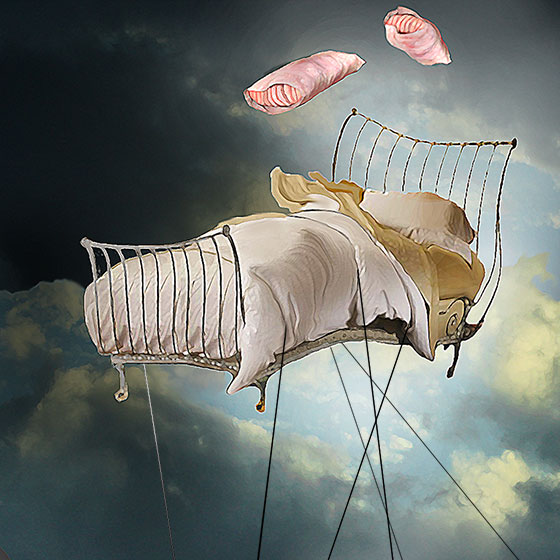 Sleep paralysis is a type of hallucination that occurs in the fuzzy borderlands between wakefulness and sleep. Former tripping-hippie-conspiracy-theorist-turned-skeptic Heidi Love shares first-hand accounts of her experiences lucid dreaming under sleep paralysis. This article appeared in Skeptic magazine 17.2 (2012).

Sleep Paralysis
A Personal Odyssey into an Apparently Paranormal Experience

S keptics are familiar with different sleep anomalies that help explain the various psychological experiences that people have that are often attributed to supernatural, paranormal, or even extraterrestrial causes. Hypnagogic (just after falling asleep) and hypnopompic (just before waking up) hallucinations, for example, occur in the fuzzy borderlands between wakefulness and sleep, when our conscious brain slips into unconsciousness as we fall asleep or transition into wakefulness. Reality and fantasy blur and people report seeing and hearing things that are not actually there, such as speckles, lines, geometric patterns, representational images, and voices and sounds. Lucid dreams are stronger still, and consist of dreams in which the sleeping person is aware that they are asleep and dreaming, but can participate in and alter the dream itself. Sleep paralysis is a type of lucid dream in which the dreamer is generally not aware they are dreaming but rather they perceive themselves to be awake and in their bed. They also feel paralyzed, have difficulty breathing, feel pressure on the chest and often sense the presence of a being in the room with them. Additionally, they sometimes feel themselves floating, flying, falling, or leaving their body, with an emotional component that includes an element of terror, but sometimes also excitement, exhilaration, rapture, or sexual arousal.

I have had many such experiences myself, and now that I am a skeptic I can look back upon them with some reflective hindsight and provide here a first-hand account of what it is like to have a lucid dream under sleep paralysis. First, by way of background, I am a 44-year old white female, a first generation American raised by a working-class single, German immigrant mother. I was raised Mormon, although today I consider myself an open minded, highly inquisitive, skeptical, critically thinking agnostic who is pro-science.

I stopped believing in Mormonism (if I ever really did believe) sometime in my early teens. In my early 20s I got involved in political activism (hardcore lefty), fueled by youthful passion and idealism and intent on changing the world. During that time until my very early 30s I tended to believe in conspiracy theories, pseudoscience and all sorts of woo, including alien abductions. Yet I also had a deep skeptical streak and a fairly well developed inquisitiveness that made me question everything and seek deeper understanding.

Since my early teens through my mid 30s, I have experienced numerous episodes of sleep paralysis (full blown occurrences with all the bells and whistles and terror). I will recount several of them here. When I was in a sleep paralysis state, I did not feel at all as if I were dreaming so I will use language that depicts what I was actually experiencing at the time. Today, I accept the scientific explanation of this sleep disorder, but it is easier for me to write about it just as I was experiencing it. […]

The Fallacy of Excluded Exceptions: Why the singular of “data” is not “anecdote”

For a documentary on horror movies that seem cursed, I was recently asked to explain the allegedly spooky coincidences associated with some famous films. Months after the release of Poltergeist, for example, its 22-year-old star, Dominique Dunne, was murdered by her abusive ex-boyfriend; Julian Beck, who played the preacher “beast,” succumbed to stomach cancer before Poltergeist II ’s release; and 12-year-old Heather O’Rourke died months before the release of what would be her last starring role in Poltergeist III.

The Exorcist star Linda Blair hurt her back when she was thrown around on her bed when a piece of rigging broke; Ellen Burstyn was injured on set when flung to the ground; and actors Jack MacGowran and Vasiliki Maliaros both died while the film was in postproduction (their characters died in the film).

When Gregory Peck was on his way to London to make The Omen, his plane was struck by lightning, as was producer Mace Neufeld’s plane a few weeks later; Peck avoided aerial disaster again when he canceled another flight at the last moment (that plane crashed, killing everyone onboard); and two weeks after filming, an animal handler who worked on the set was eaten alive by a lion. […]