Give 101% via PayPal Giving Fund

Yesterday was #GivingTuesday — a global day of giving that kicks off the charitable season. Donate this holiday season and make your gift go even further. From November 27 through December 31, PayPal Giving Fund will add 1% to all donations. 101% of your donation will be forwarded to the Skeptics Society when you donate via paypal.com/us/fundraiser/charity/112338. In this unusual Science Salon we bring you an interview of Dr. Shermer by Zac Sechler, a high school senior at Grace Prep High School in State College, PA. Zac is interested in studying areas such as religion, science, and history. He plans on studying history in college and hopes to work in the education field. This interview was for his Senior Project, on studying different worldviews that people hold on religion, and why they believe what they believe. Dr. Shermer’s contribution was as an atheist and skeptic, although as he points out to Zac, atheism and skepticism are not worldviews. Atheism is simply a lack of belief in God, full stop. Skepticism is just a scientific way of exploring the world and confronting claims about it.

This Science Salon was recorded in audio format only on October 10, 2018. 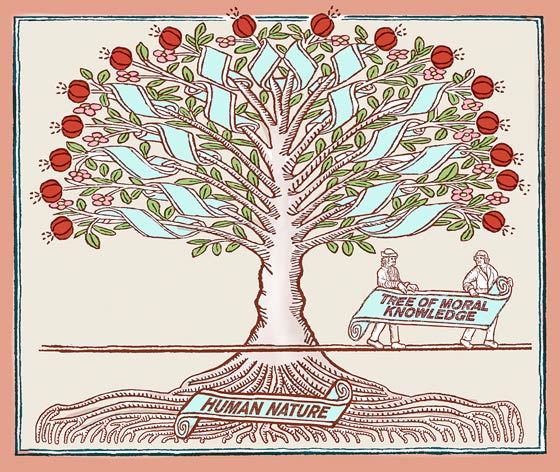 Psychiatrist Dr. Ralph Lewis answers the following question for religious believers facing adversity: “You’re an atheist?! How do you find meaning and morality in life if there is no God?” This article appeared in Skeptic magazine 23.1 (2012).

Answering the Hard Question
“You’re an Atheist?! How Do You Find Meaning and Morality in Life if There Is No God?”

As a psychiatrist working with people facing many kinds of adversity, sometimes people ask about my own religious beliefs. In those cases where it is appropriate for me to provide a frank and direct answer to this question, it is not uncommon for some, especially religious believers, to respond with the question “You’re an atheist?! How do you find meaning and morality in life if there is no God?” What follows is my answer, addressed to a religious believer.

The age-old assumption that there must be some sort of higher purpose to life fits with an intuitive human tendency to think that “everything happens for a reason” (and it’s all about us). This assumption has powerful potential to affect motivation— positively or negatively. The belief that life has inherent purpose is a double-edged sword: It can be reassuring and comforting, but can also lead to bitter anguish and feelings of abandonment when suffering cruel adversity (“Why me?!”). In contrast, the realization that life is fundamentally random is anxiety provoking, but liberates people from destructive unfounded self-blame, and the realization that meaning is something we make for ourselves can be empowering.

I see how the human tendency to think that events have inherent purpose and to think that such purpose refers to oneself (“everything happens for a reason and it’s all about me!”) becomes magnified ad absurdum in psychiatric disorders: as paranoid delusions in psychosis, grandiosity in mania, and irrational magical thinking in obsessive-compulsive disorder. Many aspects of human nature, and our many cognitive biases, are writ large in mental disorders, exposing the flaws in these intuitions more plainly. Interestingly, there are evolutionary reasons why we all have this tendency to mistakenly overidentify pattern and purpose.

The Bunyip Seal of Approval

In this episode, we go down to the billabong to look for a monster indigenous to Australian folklore and myth — but perhaps with a foot (-er flipper?) in the real world: The Bunyip. We are joined by cultural history professional Paul-Michael Donovan for a fascinating look at the legend (and a possible non-monstrous explanation) for this famous chimeric creek critter.