There have been many arguments for the existence of God. In this cover story from our just-released issue Skeptic magazine 23.4 (2018), Michael Shermer delves into the question that underlies all the arguments: Why is there something rather than nothing?

Why is There Something Rather Than Nothing?

In my many debates with theists over the decades a handful of arguments for God’s existence are routinely articulated as “proofs” of divine providence. These include the cosmological argument (that all natural things are contingent on something else for their existence so there necessarily exists a being independent of nature), the ontological argument (that we can conceive of an absolutely perfect being means it must exist because existence is a necessary feature of perfection), the design argument (the universe is fine-tuned for life, and life contains design features, therefore God is the fine-tuner and intelligent designer of life), the moral argument (without God anything goes, with God there is objective morality), the consciousness argument (the qualitative experience—qualia—of consciousness cannot be explained by the activity of neurons, and abstract concepts like logic and mathematics exist separate from brains, therefore God must be the source), and others.

All of these arguments (they are certainly not proofs in the mathematical sense) have counter-arguments made by philosophers over the centuries, but there is one that seems to trouble a great many thinkers of all persuasions, and that is why there should be anything at all. That is, all of the other arguments for God’s existence presume that something exists that needs explaining. The argument that asks why there is something rather than nothing underlies all the other arguments, and is cognitively challenging because it is simply not possible for existing beings to imagine not existing, not just themselves (which forms the cognitive foundation of afterlife beliefs), but to imagine nothing existing at all. Go ahead and try it. Picture nothing. When I ask myself this question I start by visualizing dark empty space bereft of galaxies, stars, and planets, along with molecules and atoms. But this picture is incorrect because if there were no universe there would not only be no matter, but there would be no space or time (or space-time) either. There would be absolutely nothing, including no conscious being to observe the nothingness. Just… nothing. Whatever that is.

This presents us with what is arguably the deepest of deep questions: why is there something rather than nothing? In his 1988 blockbuster book A Brief History of Time, the late Cambridge theoretical physicist Stephen Hawking put it this way:

What is it that breathes fire into the equations and makes a universe for them to describe? The usual approach of science of constructing a mathematical model cannot answer the questions of why there should be a universe for the model to describe. Why does the universe go to all the bother of existing?1 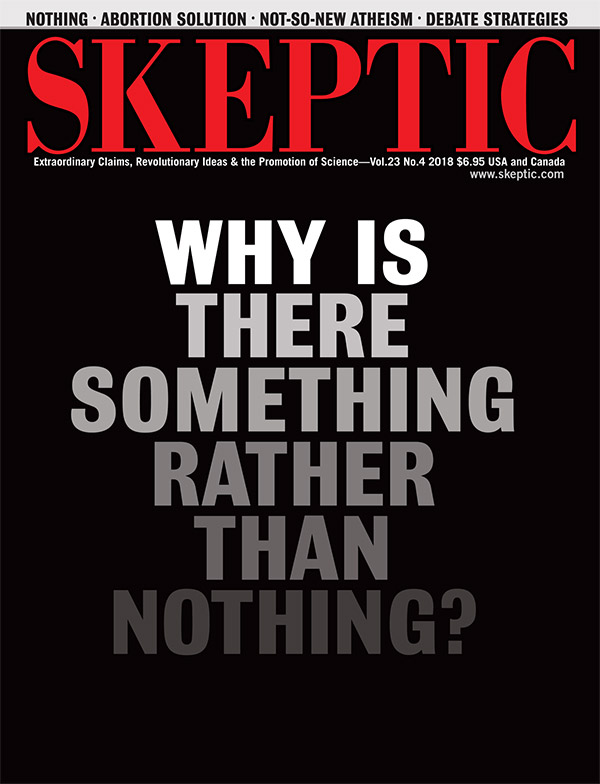 Even if it could be established that something must exist, this does not necessarily mean that the something must be our universe with our particular laws of nature that give rise to atoms, stars, planets, and people. There could be universes whose laws of nature permit time and space but no matter or light; such universes could not be perceived because there would be no one to perceive the darkness. Our universe has particular properties suited to planets and people. According to England’s Astronomer Royal Sir Martin Rees, there are at least six constituents that are necessary for “our emergence from a simple Big Bang,” including (1) Ω (omega), the amount of matter in the universe = 1: if Ω was greater than 1 it would have collapsed long ago and if Ω was less than 1 no galaxies would have formed. (2) ε (epsilon), how firmly atomic nuclei bind together = .007: if ε were even fractionally different matter could not exist. (3) D, the number of dimensions in which we live = 3. (4) N, the ratio of the strength of electromagnetism to that of gravity = 1039: if N were smaller the universe would be either too young or too small for life to form. (5) Q, the fabric of the universe = 1/100,000: if Q were smaller the universe would be featureless and if Q were larger the universe would be dominated by giant black holes. (6) λ (lambda), the cosmological constant, or “antigravity” force that is causing the universe to expand at an accelerating rate = 0.7: if λ were larger it would have prevented stars and galaxies from forming.2 […]

Peter Bebergal studied religion and culture at Harvard Divinity School, and is the author of the new book Strange Frequencies, which chronicles many of the ways people have sought to use technology to transcend the mundane to reach the numinous. We talk about the ways people have used (and continue to use) technology in fringe research, art, entertainment, and in pursuit of revelation. 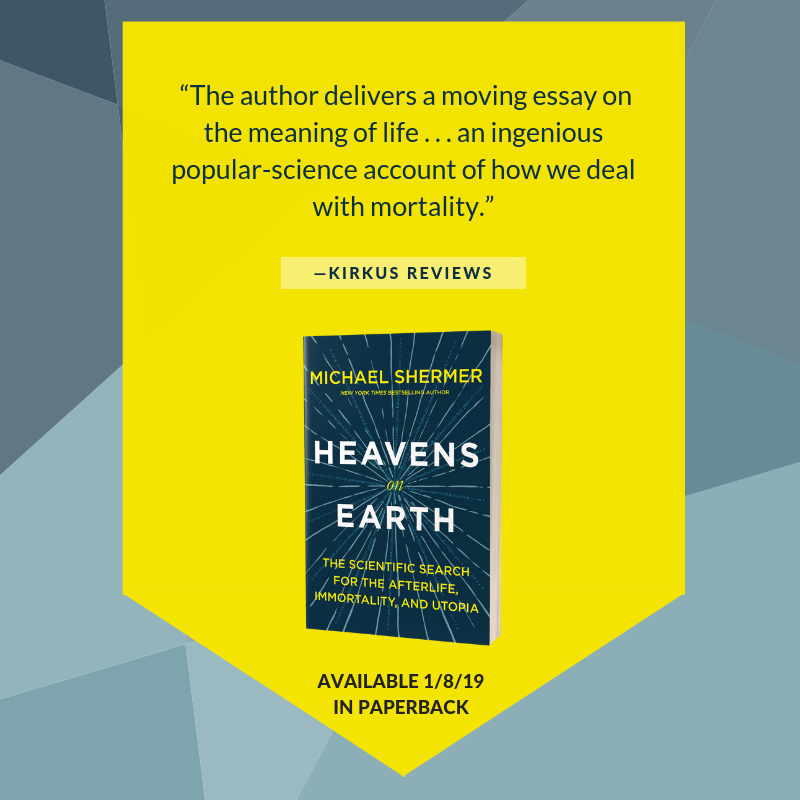