Sir Martin Rees — On the Future: Prospects for Humanity In this wide-ranging dialogue Michael Shermer talks to Martin Rees about: his early education and how he got interested in astronomy and cosmology • how the Big Bang theory won out over the Steady State theory • origin of life, SETI, and the search for a second genesis • Fermi Paradox (if life is abundant in the universe…where is everyone?) • space exploration (human or robotic or both?) • future of humanity as sentient A.I. (to the stars…inside computers!) • limits of scientific knowledge (are we nearing the “end of science”? No says Dr. Rees!) • threats and challenges facing humanity (nuclear weapons, climate change, overpopulation, sustainable energy sources, artificial intelligence, income inequality, political instability, and others) • role of religion in modern society (why Dr. Rees is an atheist but not a “new atheist”) • do we need to replace religion with a secular equivalent?

Sir Martin Rees is a leading astrophysicist as well as a senior figure in UK science and a public intellectual in England and America. He has conducted influential theoretical work on subjects as diverse as black hole formation and extragalactic radio sources, and in the 1960s his research provided key evidence to contradict the Steady State theory of the evolution of the Universe. Dr. Rees was also one of the first to predict the uneven distribution of matter in the Universe, and proposed observational tests to determine the clustering of stars and galaxies. Much of his most valuable research has focused on the end of the so-called cosmic dark ages —a period shortly after the Big Bang when the Universe was as yet without light sources.

As Astronomer Royal and a Past President of the Royal Society, Martin is a prominent scientific spokesperson and the author of seven books of popular science. After receiving a knighthood in 1992 for his services to science, he was elevated to the title of Baron Rees of Ludlow in 2005. His latest book is On the Future: Prospects for Humanity. His other books include: Before the Beginning: Our Universe and Others (1997) • Just Six Numbers: The Deep Forces That Shape the Universe (1999) • Our Cosmic Habitat (2001) • Our Final Hour: A Scientist’s Warning —How terror, error, and environmental disaster threaten humankind’s future in this century —on earth and beyond (2004) • What We Still Don’t Know (2009) • From Here to Infinity: Scientific Horizons (2011). 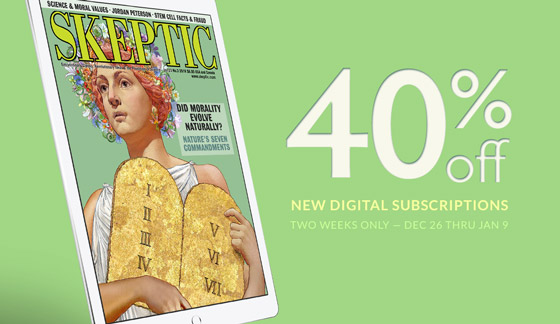 For a two weeks only, enjoy 40% off new digital subscriptions to Skeptic magazine at PocketMags.com. Subscribe now and download the current issue instantly. Three more digital issues will follow as they are released (in March 2019, June 2019, and September 2019).

In this episode of MonsterTalk, we’re joined by historian Joseph Gagne to discuss the many legends and interesting facts about one of Quebec’s most legendary historical figures. Witch? Murderer? Whatever she was in life, her story has seeded hundreds of legends and fictions. 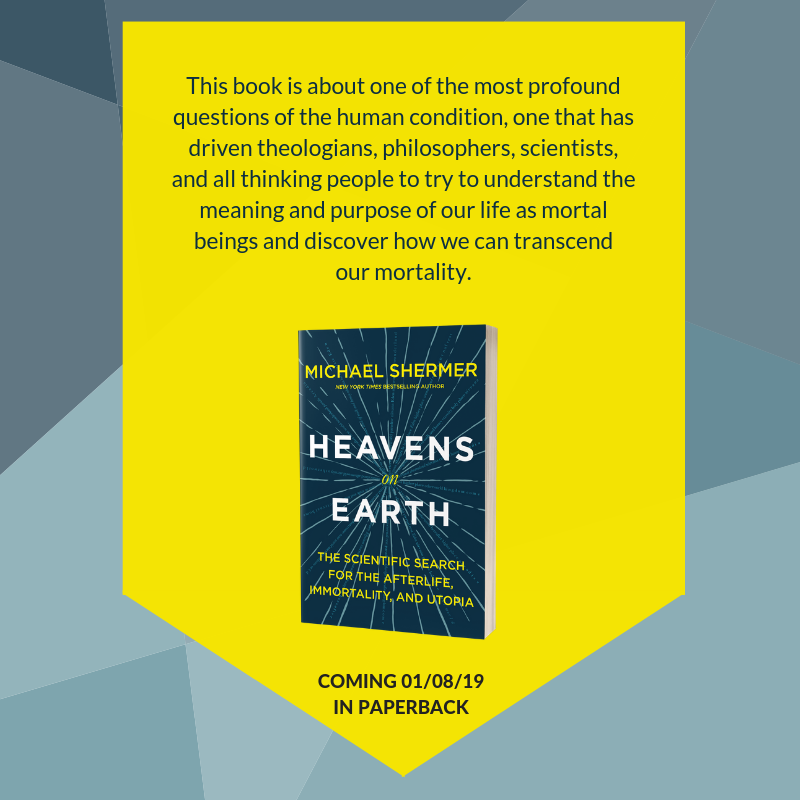