Dr. Michael Shermer — Ask Me Anything # 2

In his second Ask Me Anything, recorded on the final day of 2018, Dr. Shermer reviews the latest issue of Skeptic magazine, introduces upcoming podcast guests Rachel Kleinfeld (A Savage Order: How the World’s Deadliest Countries Can Forge a Path to Security), Bruce Schneier (Click Here to Kill Everybody: Security and Survival in a Hyper-Connected World), Mark W. Moffett (The Human Swarm: How Our Societies Arise, Thrive, and Fall), and Jared Diamond (Upheaval: Turning Points for Nations in Crisis).

Dr. Shermer also discusses his book publishing plans for 2019, including an essay collection of his last 70 Scientific American columns, which he is sad to report is coming to an end with the January 2019 issue of that august magazine, along with that of other popular contributors, such as the popular tech columnist David Pogue. Dr. Shermer reflects on his 18 years and reads aloud the final column, titled “Stein’s Law and Science’s Mission”.

If you missed AMA # 1, you can listen to it now. If you have a question you’d like to ask Michael, please email it to us and we’ll try to get it into the next AMA.

Using no more than 5 words, how would you answer the question “What is intelligence?”

Can “Science” empirically test the hypothesis that an extraterrestrial intelligence factually knows we exist? If not, please explain why not. If so, then please specify how.

For the past 15–20 years a number of prestigious medical centers including Johns Hopkins and New York University have been conducting research on psychedelic drugs using volunteers. The drugs have included LSD, psilocybin, DMT, etc. In many cases the subjects have reported loss of the fear of death, “transcendental” experiences, etc. As a medical doctor, atheist, and one who wants to see the evidence I am naturally skeptical of all these claims. I am interested in your take on the current status of psychedelics. Is randomness epistemological or ontological?

What is your take on the implications of S. Kauffman’s “adjacent possible” – where he emphasizes the absence of a determinate set of relevant determinants for determinism?

Can one be an intellectual and not be a critical thinker? Given that public intellectuals like Bertrand Russell and John Dewey were celebrated as scientific thinkers, why might anyone associate ”intellectual” with anti-science, and so with intentional ignorance?

I am a retired scientist and a fan of your work and the significant depth-of-analysis and critical thinking you apply to many challenging topics. However, you appear to have not yet addressed the difficult, but very timely, discussion of reasonable and justified limits on free speech. Do you really believe (as your writings to date on free speech would suggest) that there are no reasonable and justifiable limits to free speech worth mentioning? Does Christianity do more good than harm?

Is there something that you feel a “pathological” necessity to believe in to the extent that if this thing were disproven you would take the proverbial “alcohol, pills, and bullet?” One thinks of the examples of The Three Body Problem novel and the recent Doctor Who episode Extremis where you have scientists committing suicide in mass because they have come to believe that the laws of physics are not universally applicable or that we are really just computer programs without any free will.

Why do People sin so much, if they believe in God?

Why do so many people want eternal life? What’s wrong with being finite?

Regarding recovered memories, it’s been demonstrated that recalling memories in fact changes them (or frequently does, but not always), which I found to be quite fascinating. Our memories aren’t like books or hard drives, but rather a process that’s harder to describe.

Regarding Michael’s response on Jordan Peterson’s lecture on the Bible (quote: “it was too big of a time commitment, I am not that interested in the bible”). This is a statement that runs completely counter to the commitment of a skeptic. If evidence (or purported evidence) surfaces about a subject it is the duty of the skeptic to direct their attention to it. Yes if it is a commitment of years of study there are cost/benefit issues but a few 3 hour long lectures is nothing in terms of investment.

In AMA #1 at about 53:00 you mention that the UN estimates human population will top out at 10B around 2050, and then reduce such that by 2200, there will only be 10 to 20 percent of that number of humans. In other scientific literature I have read that population grows exponentially. Of course this depends on reproductive cycles, but with no predation and little else to curb human population growth, what factors do you or the UN see mitigating the tremendous effect that humanity has on our biosphere? Other scientists say we are entering a third mass extinction event. Do you see any mitigating circumstances that will turn that situation around?

Is human being by his nature a homicidal animal and war monger or it is a learned behavior?

Why educated people, that too who have studied science are get trapped in religious and superstitious doctrines.

With respect to fetuses and abortion rights, what is your view of “personhood”?

Humanity exhibits a very wide range of “behavioral quality”, from the most despicable and dishonorable that one can imagine, to highly honorable and exemplary. What is the one most important strategy that you would employ to move this ugly balance in the righteous direction?

How do you feel about the position that once a scientist debates a pseudoscientist on an established scientific theory, you’ve already lost because you’re only fueling their fire and giving legitimacy to them their followers. I think Bill Nye regrets debating Ken Ham at the creationist museum based on Bill’s recent documentary. The debate apparently caused Ken’s supporters to double down on their support and funding of the museum. I know you debate Deepak Chopra once in awhile and so I’m interested in your view? 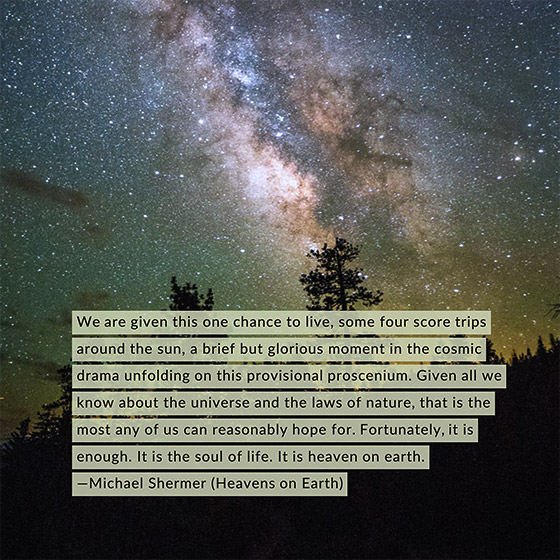 In this article from Skeptic magazine 23.1 (2018) Ken Levy examines arguments put forth by theists that God’s existence is perfectly compatible with all the violence, pain, suffering, and premature death we experience.

God, Heaven, and Evil
A Renewed Defense of Atheism

After EgyptAir Flight 804 crashed on May 19, 2016, I asked the same question that many others undoubtedly asked as well: How could God let this happen? Of course, this plane crash is just one relatively small tragedy in the whole scheme of things. When we add in all of the other tragedies—all the violence, pain, suffering, and premature death that occur on this planet—the same question becomes correspondingly more difficult to answer.

Theists, or believers, generally respond to this argument by proposing two reasons to believe that God’s existence is perfectly compatible with all of the evil that we observe and experience:

1. Despite His omnipotence, God simply could not have created a world that lacked evil. If there is to be good, there must also be evil. The existence of evil makes good possible.

2. Evil contributes to a much greater or higher good. For example, suffering builds moral character or brings victims much closer to God or to each other.

Believers always have at least these fallback answers at their disposal to allay any theological doubts. But the very fact that these two hypotheses can be applied no matter the kind or degree of evil in question should make us suspicious. Quite simply, they prove too much. They commit theists to the incredible position that God’s existence should not be doubted even if the degree of evil in the world far outweighs the good. Atheists are right to respond to this theistic “spin”: if God exists no matter how much evil there is, then what good is He in the first place? Better, it would seem, to have much less evil and no God than much more evil and God. […] 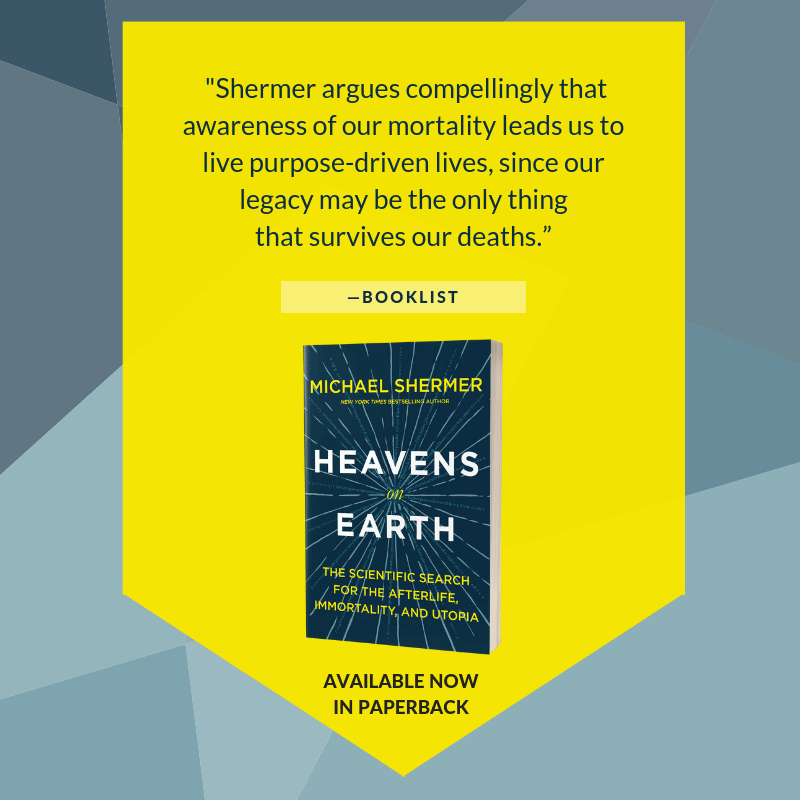