Dr. Tyler Cowen — How an Economist Views the World Big Business, the new book by Tyler Cowen, will be available on April 9, 2019

“Growth is good. Through history, economic growth, in particular, has alleviated human misery, improved human happiness and opportunity, and lengthened human lives. Wealthier societies are more stable, offer better living standards, produce better medicines, and ensure greater autonomy, greater fulfillment, and more sources of fun. If we want to continue on our trends of growth, and the overwhelmingly positive outcomes for societies that come with it, every individual must become more concerned with the welfare of those around us and in the world at large and most of all our descendants in the future. So, how do we proceed?”

Tyler Cowen is an economics professor at George Mason University where he holds the Holbert C. Harris chair in the economics department. He hosts the economics blog marginal Revolution, together with co-author Alex Tabarrok. He writes the “Economic Scene” column for the New York Times, and now contributes a regular opinion column at Bloomberg View. He has written for the New Republic, the Wall Street Journal, Forbes, Newsweek and the Wilson Quarterly. 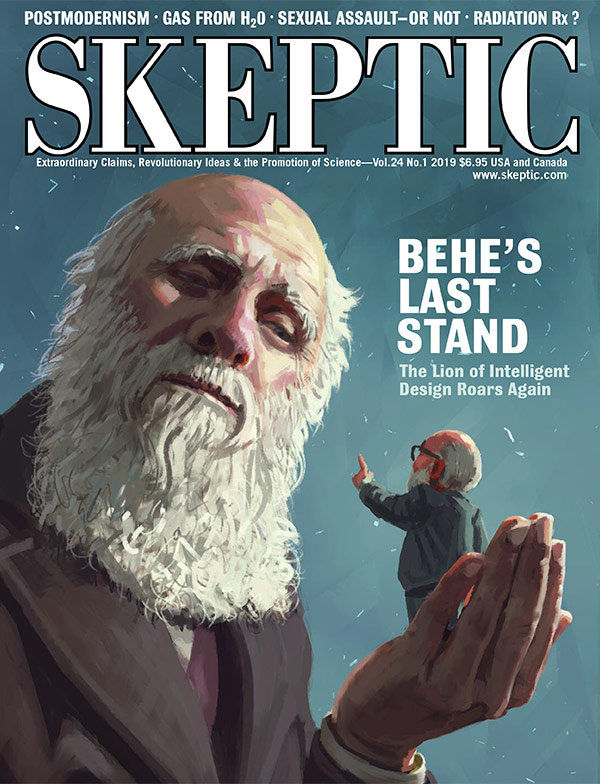 Here’s what’s in the latest issue of Skeptic magazine (24.1):

Making Gasoline from Water: John Andrews and the Invention of a Legend • Online Gaming: A Virtual Experiment in the Dark Side of Human Nature • Duped by Data Mining • How Science Will Explain and Fix Fake News • The Cult of Falun Gong: A Dance Troupe and Victimhood Raises Big Money • The Opioid Epidemic Misunderstood • Why the Human-Centered View Has Not Served us Well • Behe’s Last Stand: The Lion of Intelligent Design Roars Again • Straw Man on a Slippery Slope: The Case Against the Case Against Postmodernism • A Disproof of God’s Existence, and much more…

Quest for the Truth about Dungeons & Dragons 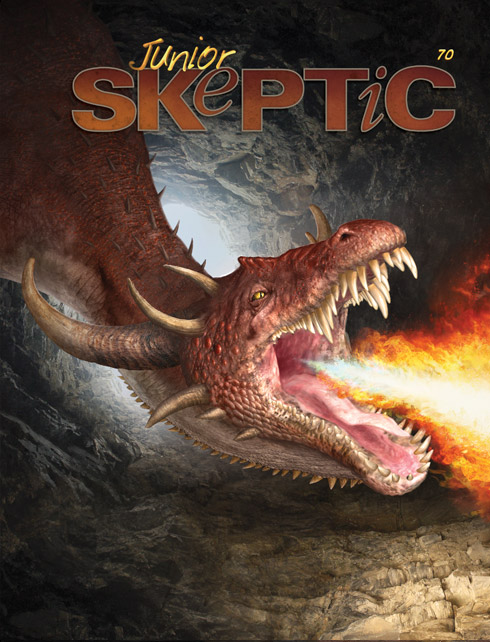 Get this issue of Junior Skeptic bound within issue 24.1

In this issue of Junior Skeptic we’ll sharpen our pencils, pick up our magical swords, and dare to delve into mazes of mystery. We’ll roll the dice and imagine couragous heroes doing battle with evil monsters. Millions of people have enjoyed fantasy role-playing games such as Dungeons & Dragons (D&D). Fans discover the joy of storytelling and take epic journeys into the imagination. But critics have claimed that D&D is dangerous. According to them, the game can drive players insane. Criminals have sometimes blamed D&D for their crimes. Other writers claim that the game lures innocent children to become Devil worshippers. Could any of this be true? Let’s find out!

Junior Skeptic —an engagingly illustrated science and critical thinking publication for younger readers (and the young at heart)—is physically bound inside each and every issue of Skeptic magazine. A dozen back issues are also available as single downloadable PDFs at an amazing price! 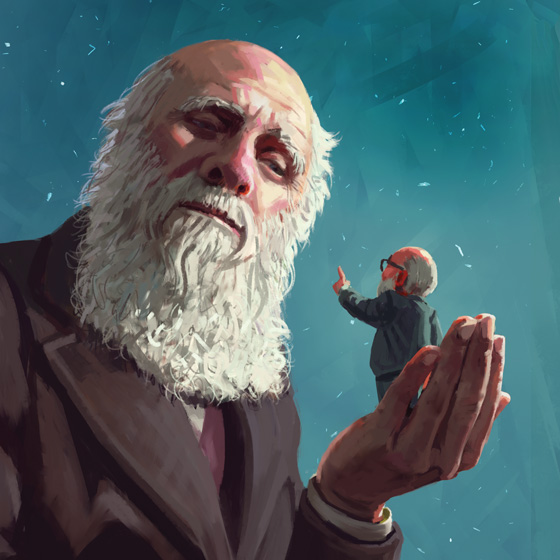 Intelligent Design advocate Dr. Michael Behe has recently written his third book attacking modern evolutionary theory called Darwin Devolves: The New Science About DNA that Challenges Evolution. In this article from Skeptic magazine (24.1), Professor of Biology Dr. Nathan H. Lents points out some of the many flaws in Behe’s book.

Dr. Michael Behe is a professor of biochemistry at Lehigh University and a senior fellow of the Discovery Institute’s Center for Science and Culture, an organization noted for promoting the pseudoscientific theory of Intelligent Design (ID). He has now written his third book in attack of modern evolutionary theory: Darwin Devolves: The New Science About DNA that Challenges Evolution (2019, HarperOne). Although his views are well outside the scientific mainstream, this will not stop the efforts of the creationist and ID communities to use Behe’s work to convince school boards that ID is a valid scientific theory. Accordingly, the scientific and skeptical communities should not yield to the temptation to ignore Behe.1 Because his careful writing has the veneer of expertise, the public will look to scientists for responses to the points raised in Darwin Devolves, and I urge my colleagues to respond, not with insults, but with the only tool that matters, evidence.

At several points in Darwin Devolves, Behe makes clear his acceptance of the fact that life has evolved over billions of years and that all living things are related by universal common descent. He also acknowledges how mutation and natural selection have shaped organisms and achieved fitness gains in specific cases. Where he disagrees is the mechanism of how genetic change drives evolution of anything other than the smallest tweaks. Where science has shown that mutation and recombination provide the raw material for all of life’s diversity, Behe maintains that mutations can only break things and an intelligent intervention is required for innovation or even simple gains-of-function. To support his view, he spends a lot of time explaining, in mostly accurate detail, several cases of how mutations have diminished functions of genes with the result of improving survival, although his discussion is misleading, as I’ll explain.

As is his calling card, Behe holds modern evolutionary theory to an impossible standard, declaring it “insufficient” if we cannot pinpoint every point mutation, every intermediate genetic step, in what order, and in which ancient organisms. Meanwhile, Behe’s own theory is held to no standard whatsoever, enjoying a vaulted default status as any gaps in knowledge are simply filled by the designer. Fortunately, his reasoning failed to convince a federal district court in Dover, PA which blocked the school board’s attempt to insert mention of ID into science textbooks. It is worth noting that the lead witness on behalf of the plaintiffs was Kenneth Miller, a devout Catholic who has been often featured in the pages of this magazine for his tireless and erudite defense of the proper teaching of evolutionary science. As Judge John E. Jones III found, ID cannot be scientifically tested. Darwin Devolves continues this pseudoscientific tradition.

“You Keep Using That Word”

First, regarding the title, I had never heard the word “devolve” or “devolution” used in a scientific context until I read this book. Behe means it as the opposite of evolution, which doesn’t make much sense in biology. Outside of science, evolution can indeed mean an increase in complexity or some other form of progress or improvement. PokémonTM can evolve from a lower to a higher form, and so forth. In biology, evolution merely means change in a population over time. This is not a pedantic distinction. […]