Michael Shermer with Douglas Murray — The Madness of Crowds: Gender, Race, and Identity In his devastating new book The Madness of Crowds, Douglas Murray examines the 21st century’s most divisive issues: sexuality, gender, technology and race. He reveals the astonishing new culture wars playing out in our workplaces, universities, schools and homes in the names of social justice, identity politics and intersectionality. We are living through a postmodern era in which the grand narratives of religion and political ideology have collapsed. In their place have emerged a crusading desire to right perceived wrongs and a weaponization of identity, both accelerated by the new forms of social and news media. Narrow sets of interests now dominate the agenda as society becomes more and more tribal — and, as Murray shows, the casualties are mounting. Readers of all political persuasions cannot afford to ignore Murray’s masterfully argued and fiercely provocative book, in which he seeks to inject some sense into the discussion around this generation’s most complicated issues. He ends with an impassioned call for free speech, shared common values and sanity in an age of mass hysteria. Shermer and Murray discuss:

Douglas Murray is an author and journalist based in Britain. His previous book, The Strange Death of Europe: Immigration, Identity, Islam, was a No. 1 bestseller in non-fiction. Murray has been a contributor to the Spectator since 2000 and has been Associate Editor at the magazine since 2012. He has also written regularly for numerous other outlets including the Wall Street Journal, the Times, the Sunday Times, the Sun, Evening Standard and the New Criterion. He is a regular contributor to National Review and has been a columnist for Standpoint magazine since its founding. 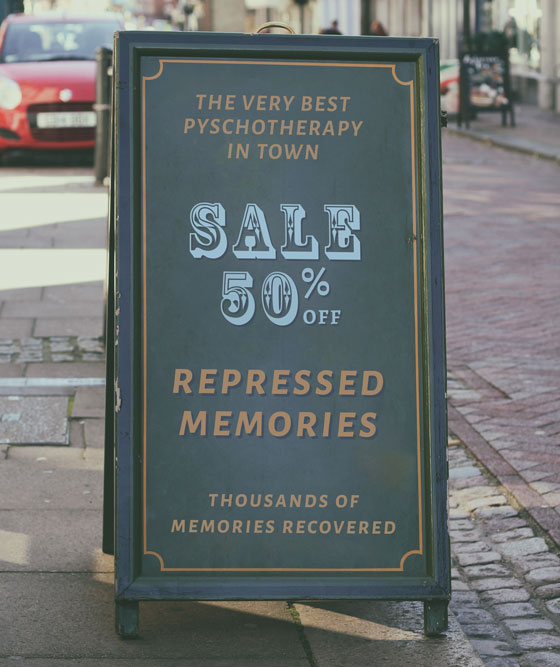 Are you old enough to have a memory of the memory wars that were sparked by a debate that began more than 30 years ago? In this column from Skeptic magazine 24.3 (2019), Carol Tavris expounds on the persistence of belief in recovered memories.

The Persistence of Memory…
and of the Memory Wars

You can’t keep a bad idea down. Bury it in here, and it pops out over there. Drive a stake through its shriveled heart, and it sprouts three more arms and four new toes.

Are you old enough to have a memory of the memory wars? They were sparked by a debate that began more than 30 years ago, raging at a fever heat during the 1990s, dividing along a key issue: Do people commonly “repress” their memories of traumatic experiences, memories that can then be “recovered” in therapy, often with the help of hypnosis, dream analysis, and other probing techniques?

Yes they do, claimed many psychotherapists, and they testified to that effect in hundreds of court cases in which an adult came to remember, usually in therapy, having been sexually abused years earlier by a parent, teacher, or neighbor.

No they don’t, replied most psychological scientists, whose experimental research demonstrated the power of therapeutic suggestion in creating memories that often grew in implausibility. The problem for many people who have undergone a traumatic experience, they said, is not that they forget what happened to them, but that they cannot forget; memories intrude in waking life and nightmares. Richard McNally, a clinical scientist and professor at Harvard, reviewed the evidence in his book Remembering Trauma, and famously concluded: “The notion that the mind protects itself by repressing or dissociating memories of trauma, rendering them inaccessible to awareness, is a piece of psychiatric folklore devoid of convincing empirical support.”1 […] 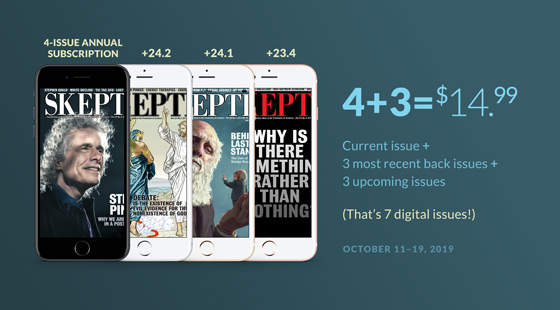 Download our last 4 issues now,
and get the next 3 as they are released!

Do not miss this incredible sale on new Skeptic digital subscriptions via PocketMags.com. Get seven digital issues for only $14.99! Sale runs until October 19, 2019 Pacific Time.