World renowned biological anthropologist Mel Konner examines the nature of human nature, including and especially in his new book on the nature of religiosity. In Believers, Konner, who was raised in an orthodox Jewish home but has been an atheist his entire adult life, responds to attacks on faith by some well-meaning scientists and philosophers, most notably the “new atheists” Richard Dawkins, Daniel Dennett, Sam Harris, and Christopher Hitchens―known for writing about religion as something irrational and ultimately harmful. Konner explores the psychology, development, brain science, evolution, and even genetics of the varied religious impulses we experience as a species. Konner and Shermer discuss:

Melvin Konner, MD, is Samuel Candler Dobbs Professor in the Department of Anthropology and the Program in Neuroscience and Behavioral Biology at Emory University. He is the author of Believers, Women After All, Becoming a Doctor, and The Tangled Wing, among other books. 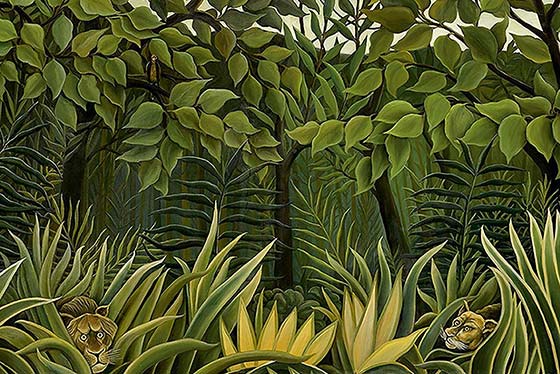 In this article, originally published in Quillette on Halloween, October 31, 2019, Dr. Shermer argues that patternicity, agenticity, pessimism, the negativity bias, and the Second Law of Thermodynamics provides a deeper explanation for why conspiracy theories are so popular and enduring. The article is based on Dr. Shermer’s new course from Audible and The Teaching Company on Conspiracies and Conspiracy Theories.

Constructive Conspiracism
Why We Are Wired for Detecting Danger

I once met a politician who told me that he believes water fluoridation is the greatest scam ever perpetrated on the public. I have been confronted by “truthers” who insist the 9/11 attacks were an “inside job” engineered by the Bush administration. Others have regaled me for hours with theories about who really killed JFK and Princess Diana—not to mention the nefarious goings-on of the New World Order, the Trilateral Commission, the Council on Foreign Relations, the Knights Templar, the Freemasons, the Illuminati, the Bilderberg Group, the Rothschilds, the Rockefellers, and the Zionist Occupation Government (ZOG) that secretly runs the United States. In the course of researching a 2012 BBC documentary, I spent a day in Las Vegas with a cohort of British conspiracists during their journey around the southwestern United States in search of UFOs and aliens, and the government facilities where their existence supposedly was covered up. One woman told me about the orange balls of energy hovering around her car on Interstate 405 in Los Angeles. (Fortunately, they were chased away by Black Ops helicopters, she added.) A man challenged me to explain the source of a green laser beam that followed him around the British countryside. I confessed that I had no explanation. 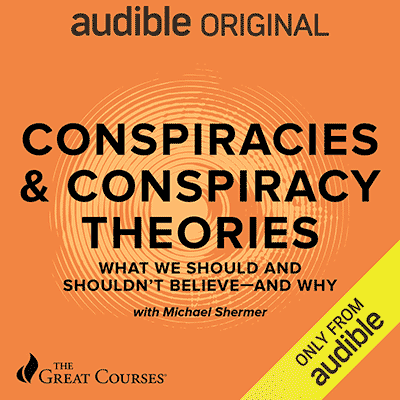 Take Dr. Shermer’s new course from Audible and The Teaching Company on Conspiracies & Conspiracy Theories: What We Should and Shouldn’t Believe — and Why.

While I’ve been writing about conspiracy theories in Skeptic and Scientific American for decades, it’s only recently that I’ve had occasion to summarize all of this research for a downloadable course called Conspiracies and Conspiracy Theories, produced in conjunction with Audible and The Teaching Company’s Great Courses. This exercise gave me an opportunity to catalog the common characteristics shared by all conspiracy theories—including the fact that almost all forms of conspiracism have a negative valence. Rarely do people believe that there’s a conspiracy afoot to make the world a better or safer place. Conspiracy theories invariably feature nefarious agents seeking to do bad things. This quality is embedded in the definition of a “conspiracy” that I provide to listeners: “two or more people plotting or acting in secret to gain an advantage or to harm others immorally or illegally.”

In recent years, psychologists and political scientists have identified several factors that influence conspiratorial thinking, such as political orientation, race and power (or the lack thereof). These are proximate causes of conspiracism. But lying beyond this, I propose, is a deeper cause rooted in evolutionary pressures that have shaped our brains, disposing us to the pessimism and negative assumptions that are the hallmarks of conspiracy theories. […]

Michael Shermer is the Publisher of Skeptic magazine and a Presidential Fellow at Chapman University. His new course from Audible Original and The Teaching Company’s Great Courses is Conspiracies & Conspiracy Theories: What We Should and Shouldn’t Believe — and Why.