Michael Shermer with James Traub — What Was Liberalism? The Past, Present, and Promise of a Noble Idea In this wide-ranging conversation James Traub and Michael Shermer discuss:

James Traub has spent the last forty years as a journalist for American’s leading publications, including the New Yorker and the New York Times magazine. He now teaches foreign policy and intellectual history at New York University and at NYU Abu Dhabi, and is a columnist and contributor at Foreign Policy. He is the author of six previous books on foreign and domestic affairs. His most recent work is John Quincy Adams: Militant Spirit. He lives in New York City. 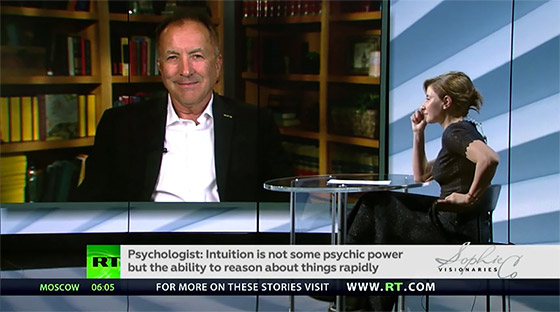 Dr. Michael Shermer appears on Russian TV to discuss with Sophie Shevardnadze: hoping, fantasizing, believing, dreams, and why luck doesn’t exist but feeling lucky may lead to actions that lead to more success that in hindsight look like luck!