Michael Shermer with Tim Samuels — Future Man: How to Evolve and Thrive in the Age of Trump, Mansplaining, and #MeToo If ever there was an urgent need for a frank understanding of what’s going on with men, it is now. Male rage and frustration have driven resurgent populism, mass shootings, and epidemics of addiction and violence. Powerful men who have abused their positions for decades have been and are being #MeToo-outed and dismissed. The patriarchy, that solid bedrock of male power for thousands of years, seems to be crumbling.

In Future Man, with his characteristic intelligence and humor, Tim Samuels assesses the state of contemporary manhood, its conflicts, confusions, and challenges. Trapped in bodies barely changed since cavemen days, men are contending with the stresses of corporate culture, lifelong commitment, rampant depression, and crazy expectations to be successful at work and at home. But how can you hunt and gather in an open-plan office? Why do men make up to 95 percent of Fortune 500 CEOs yet 93 percent of the prison population? Why do men commit suicide at more than three times the rate of women?

Tim Samuels is an award-winning documentary filmmaker, broadcaster, and journalist. He won three Royal Television Society awards and best documentary at the World Television Festival as well as the “Making a Difference” award at the Mind Media Awards for his work on mental health. He created the BBC Radio 5 call-in show Men’s Hour and has been a host for eight years. He recently became a correspondent for National Geographic Channel’s Explorer, based out of New York, and he contributes to such US publications as GQ, New York Times Magazine, and Huffington Post. He lives in London. 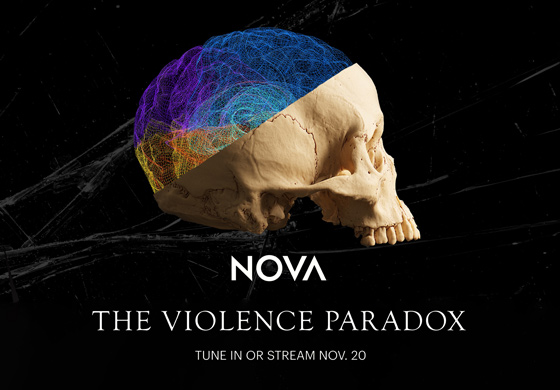 Michael Shermer reviews The Violence Paradox, a PBS NOVA film special based on Steven Pinker’s book The Better Angels of Our Nature. Shermer also addresses criticisms of Pinker’s theory of the decline of violence and updates readers on research since 2011. The two-hour PBS NOVA film special, a production of WGBH Boston, airs November 20, 2019.

On October 6, 1966 (Stardate: 1672.1), NBC aired Episode 5 of Star Trek, titled “The Enemy Within.” Captain James T. Kirk has just beamed up from planet Alpha 177, where magnetic anomalies have caused the transporter to malfunction (as it is wont to do as a plot device), splitting Kirk into two entities, one who is cool and rational and the other who is impulsive and violent. Angelic Kirk must make a command decision to avert disaster and save his crew but he is paralyzed with indecision, bemoaning to the ship’s doctor: “I can’t survive without him [demonic Kirk]. I don’t want to take him back. He’s like an animal — a thoughtless, brutal animal. And yet it’s me.” Dr. McCoy’s resolution unites the two: “We all have our darker side — we need it! It’s half of what we are. It’s not really ugly — it’s human.”1 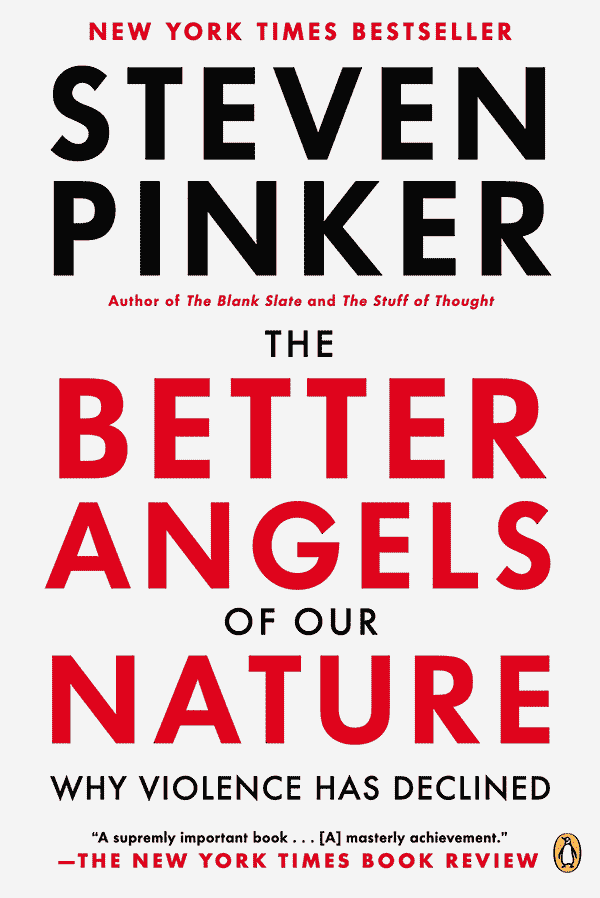 This vignette captures an underlying theme of the two-hour PBS NOVA film The Violence Paradox, based on Harvard psychologist Steven Pinker’s magisterial 2011 book The Better Angels of Our Nature, one of the most important works in the history of the social sciences.2 The film tracks the research of archaeologists, anthropologists, historians, neuroscientists, psychologists, policy makers, and activists around the globe studying violence and working to reduce it. It answers in the affirmative the question Pinker set out to study: is it possible we are living in one of the most peaceful eras in human existence? 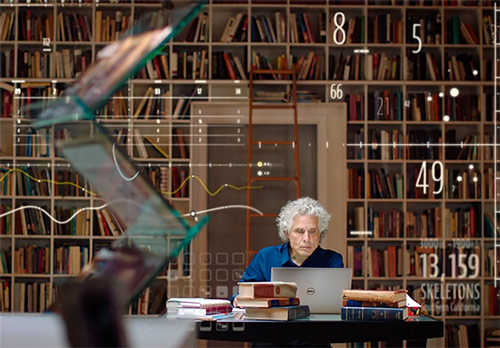 Steven Pinker in The Violence Paradox

The story of human violence spans the entirety of our species’ existence, and the film reviews the evidence Pinker amassed that demonstrates just how violent our Paleolithic ancestors were. Far from cherry-picking his data from scarce archaeological and anthropological sources (as some critics have accused him of doing3), Pinker’s conclusion that humans were far more violent in the past than we are today is born out in studies published since 2011. NOVA added, for example, the results of a recent survey of some 600 archaeological sites spanning the last 50,000 years, which found rates of violent deaths were at least three times higher than today. The film continues its journey across space and time, demonstrating how once common and socially sanctioned ghastly practices such as human sacrifice, witch burning, torture, and infanticide have become rare in our world today, even if not completely eradicated.

The film then considers what forces may have prompted the better angels of our nature to ride herd over our inner demons, proposing (pace Pinker) the theory that widening notions of equality, alongside shifting social norms emphasizing self-control, changed public attitudes and behavior that led people to act more civilized and thus less violent. This theory was first proposed in 1939 in a book called The Civilizing Process by the sociologist Norbert Elias, whom Pinker calls “the most important thinker you’ve never heard of.” Pinker summarizes the theory succinctly:

Beginning in the 11th or 12th and maturing in the 17th and 18th [centuries], Europeans increasingly inhibited their impulses, anticipated the long-term consequences of their actions, and took other people’s thoughts and feelings into consideration. A culture of honor — the readiness to take revenge — gave way to a culture of dignity — the readiness to control one’s emotions. These ideals originated in explicit instructions that cultural arbiters gave to aristocrats and noblemen, allowing them to differentiate themselves from the villains and boors. But they were then absorbed into the socialization of younger and younger children until they became second nature.4

Second nature. Our first nature is to be selfish, greedy, and nasty — our inner demons. Our second nature — our better angels — requires a little coaxing and persuading to come out. Analysis of medieval books of etiquette, for example — which Elias analyzes — reveal numerous impulse control prohibitions, including […]