Michael Shermer with Judith Finlayson — You Are What Your Grandparents Ate: What You Need to Know About Nutrition, Experience, Epigenetics and the Origins of Chronic Disease In this wide ranging conversation Judith Finlayson reviews the research she writes about in her new book that takes conventional wisdom about the origins of chronic disease and turns it upside down. Rooted in the work of the late epidemiologist Dr. David Barker, it highlights the research showing that heredity involves much more than the genes your parents passed on to you. Thanks to the relatively new science of epigenetics, we now know that the experiences of previous generations may show up in your health and well-being. Shermer and Finlayson discuss:

Judith Finlayson is a bestselling author who has written books on a variety of subjects, from personal well-being and women’s history to food and nutrition. She is a former national newspaper columnist for The Globe and Mail, magazine journalist and board member of various organizations focusing on legal, medical and women’s issues. Judith lives in Toronto, Canada. 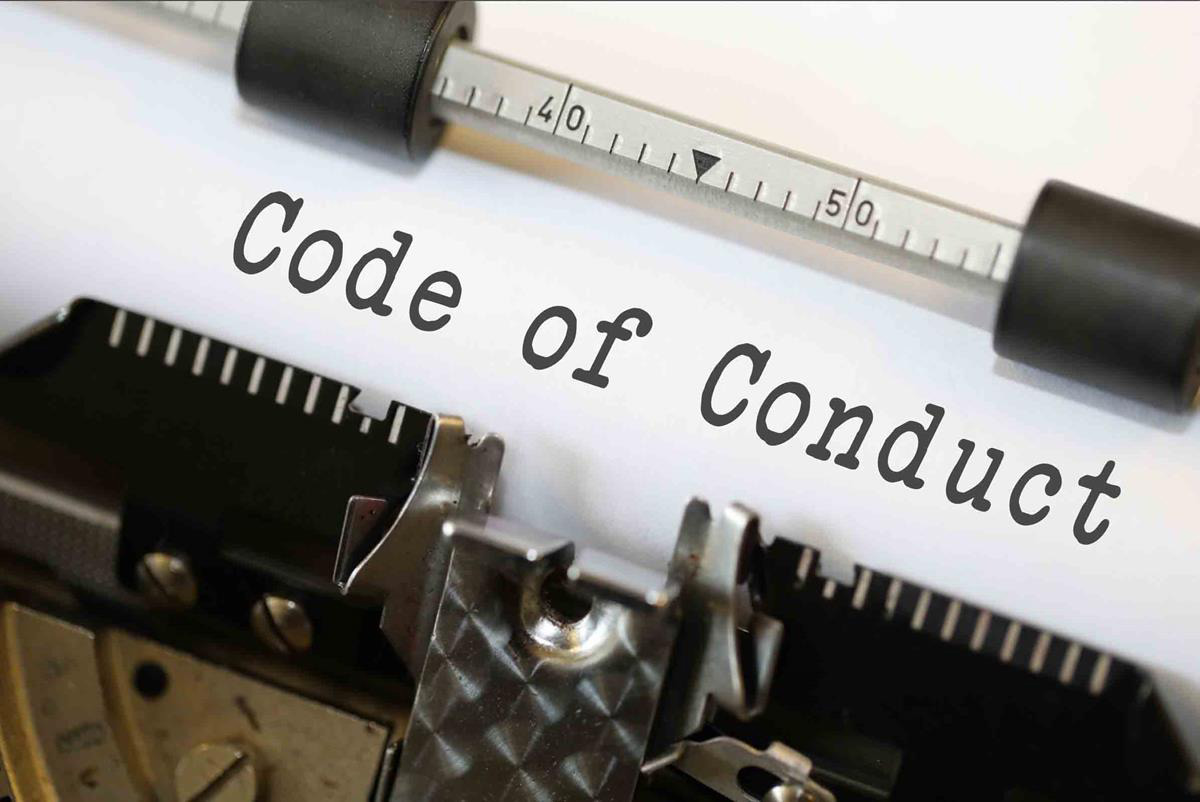 Carol Tavris avers that organizations’ Codes of Conduct that try to specify each and every possible behavior they wish to prohibit (or encourage), will find themselves in linguistic and psychological quicksand.

ABOVE: Code of Conduct by Nick Youngson CC BY-SA 3.0 ImageCreator

How Would You Design a “Code of Conduct”?

If you have attended a conference in the past decade, you undoubtedly will have been alerted to the sponsoring organization’s Code of Conduct, detailing how you must behave, or what you must not do, or what other people must not do. Organizations are spending considerable time and effort to create Codes of Conduct meant to govern the behavior of their members at meetings. The codes try to specify precisely what behavior will evoke censure, if not ejection from the meeting (or even the organization).

Words matter. An organization’s statement of its mission and values tells members which truths it holds to be self-evident. Yet once an organization tries to specify each and every one of the possible behaviors it wishes to prohibit (or encourage), it will find itself in linguistic and psychological quicksand. It’s like telling a child not to eat the gumballs, muffins, or chocolates on the table, but failing to forbid the ice cream and pie. The overall concept — no sweets — is lost.

I had assumed that organizations produce codes of conduct to reduce the risk of being sued for harassment. “Look how we meticulously specified inappropriate behavior that will not be tolerated,” they can say. But when Sarah Brookhart, Executive Director of the Association for Psychological Science, consulted their attorney, she was strongly advised against having any kind of such code or policy “because of the liability it creates.” Brookhart told me that the code of conduct issue varies among science organizations. “For some it comes out of rampant harassment at their conferences,” she wrote in an email. “For others it seems more symbolic than a response to an actual problem at conventions. I also think it reflects conditions for women in many academic departments.” For example, she said, harassment is an especially serious problem for disciplines where women are very much the minority.

Consider two very different Codes of Conduct, which anchor the ends of the spectrum of approaches. One comes from the Society for the Scientific Study of Sexuality (SSSS) and its Sexual Harassment Task Force, which recently created a Statement of Values and Expectations, a Code of Conduct, and a set of procedures for handling violations of the code. When a draft of the document was sent to all members for their comments, president Eric R. Walsh-Buhi reported that “approximately half of those that responded wanted a less restrictive policy and the other half wanted a more restrictive policy.” That alone might have made the board question the very plausibility of its efforts to specify every kind of behavior that all would agree is a “violation,” but no. The final document, approved by the organization’s Board of Directors and its attorney, is five single-spaced pages. The president acknowledged the length problem in his message to members, justifying it by asserting that “these documents have important legal implications,” and therefore “must be as precise as possible to ensure that cases of reported misconduct are handled consistently, predictably, and fairly.” […]