Michael Shermer with Brian Greene — Until the End of Time: Mind, Matter, and Our Search for Meaning in an Evolving Universe Until the End of Time is Brian Greene’s breathtaking new exploration of the cosmos and our quest to find meaning in the face of this vast expanse. Greene takes us on a journey from the big bang to the end of time, exploring how lasting structures formed, how life and mind emerged, and how we grapple with our existence through narrative, myth, religion, creative expression, science, the quest for truth, and a deep longing for the eternal. From particles to planets, consciousness to creativity, matter to meaning—Brian Greene allows us all to grasp and appreciate our fleeting but utterly exquisite moment in the cosmos.

Dr. Greene is a professor of physics and mathematics and director of Columbia University’s Center for Theoretical Physics and is renowned for his groundbreaking discoveries in superstring theory. He is the author of The Elegant Universe, The Fabric of the Cosmos, and The Hidden Reality, and he has hosted two Peabody and Emmy Award winning NOVA miniseries based on his books. With producer Tracy Day, Greene cofounded the World Science Festival. He lives in New York. Greene and Shermer also discuss: 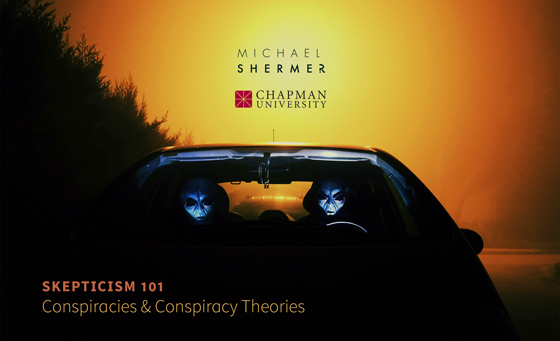 During the Coronavirus outbreak, while many schools are closed, Michael Shermer will be teaching remotely his Skepticism 101 course How to Think Like a Scientist from his recording studio in California instead of from Chapman University. He has chosen to share some of these lectures with you that he recorded for his students practicing social distancing at home.

The course was 7 weeks into the 15-week semester when the pandemic hit, so this lecture picks up where he was in the course. He thought he would would make these lectures public inasmuch as all of us are now in search of content to consume while we’re stuck inside for the next few months. Enjoy.

Resources mentioned in this lecture

Note: There was a technical glitch at the end of the lecture, cutting out most of the points of the final slides of my Conspiracy Detection Kit. Here are those slide as expanded text:

Parallel to my Baloney Detection Kit, I have put together a 10-point list for a Conspiracy Detection Kit. The more that a conspiracy theory manifests the following characteristics, the less likely it is to be a real conspiracy. 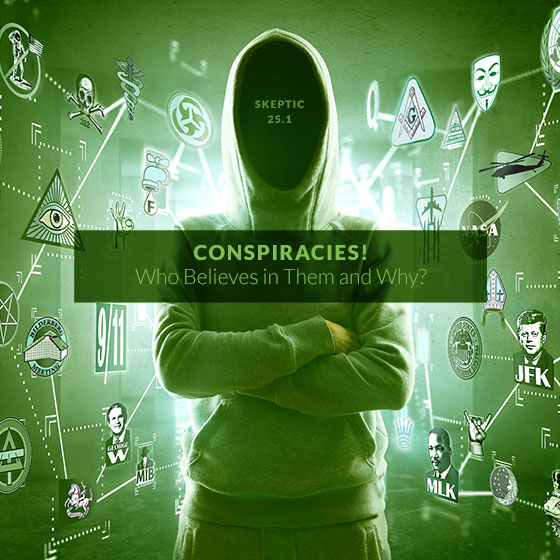 Order the print edition, or download the digital edition today!

Who believes in conspiracies and why? Read real conspiracy theories and conspiracies with no theories in Skeptic magazine 25.1, available now in print and digital formats.