Michael Shermer with Katherine Stewart — The Power Worshippers: Inside the Dangerous Rise of Religious Nationalism For too long the Religious Right has masqueraded as a social movement preoccupied with a number of cultural issues, such as abortion and same-sex marriage. But in her deeply reported investigation, Katherine Stewart reveals a disturbing truth: America’s Religious Right has evolved into a Christian nationalist movement. It seeks to gain political power and to impose its vision on all of society. It isn’t fighting a culture war, it is waging a political war on the norms and institutions of American democracy. Stewart shows that the real power of the movement lies in a dense network of think tanks, advocacy groups, and pastoral organizations, embedded in a rapidly expanding community of international alliances with likeminded, anti-democratic religious nationalists around the world, including Russia. She follows the money behind the movement and traces much of it to a group of super-wealthy, ultraconservative donors and family foundations. The Christian nationalist movement is far more organized and better funded than most people realize. It seeks to control all aspects of government and society. Its successes have been stunning, and its influence now extends to every aspect of American life, from the White House to state capitols, from our schools to our hospitals. Shermer and Stewart also discuss:

Katherine Stewart’s work has appeared in The New York Times, Washington Post, American Prospect, The Atlantic and other publications. She is the author of The Good News Club, an investigation of the religious right and public education. 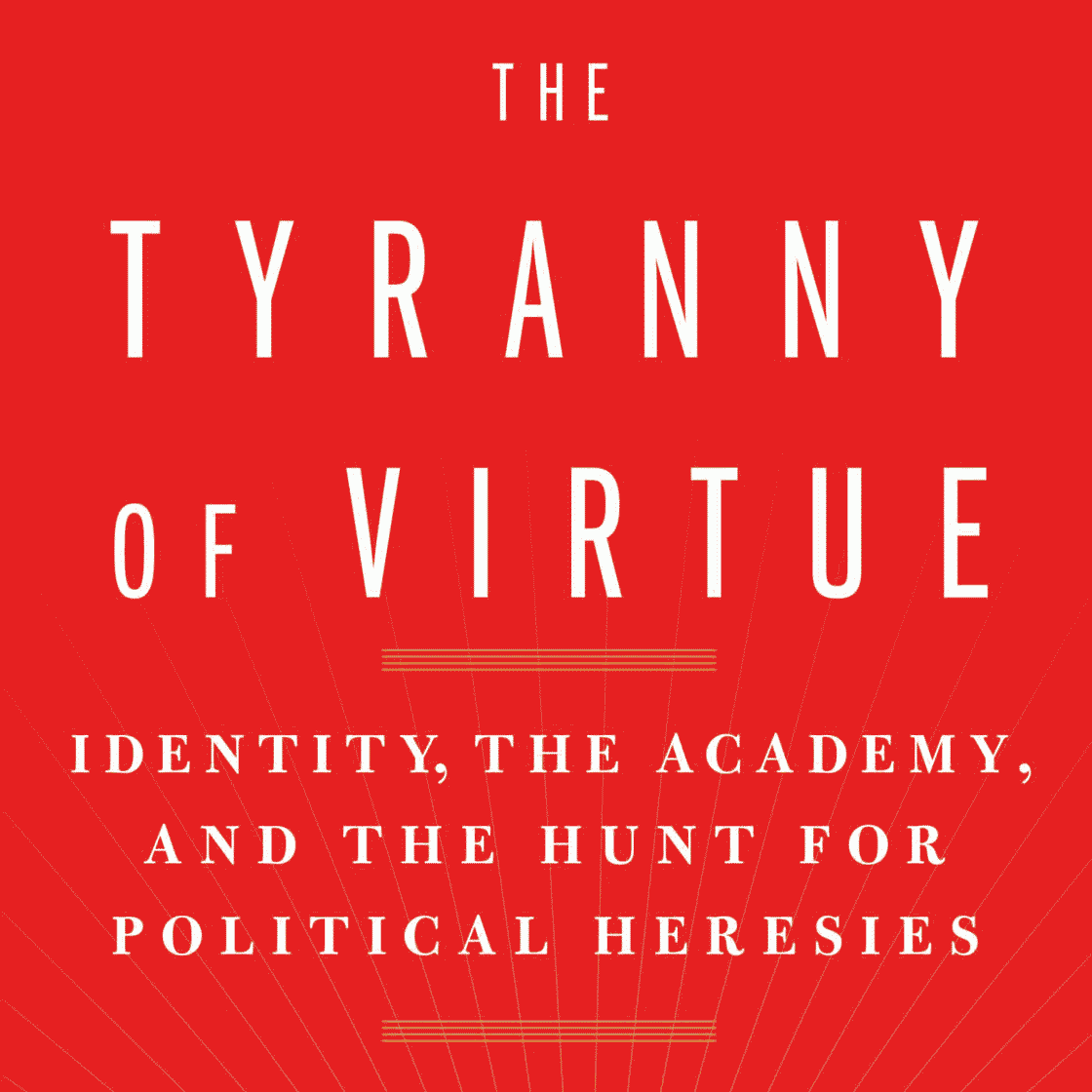 Frank S. Robinson reviews The Tyranny of Virtue: Identity, The Academy, and the Hunt for Political Heresies by Robert Boyers.

A regime-imposed ideology, tolerating no dissent, enforced by a surveillance state and thought police, with transgressors punished. Welcome to Nineteen Eighty-Four. China? Yes. But increasingly such illiberalism has infiltrated America’s “liberal” universities. If nothing else, surely liberalism means promoting human liberty, with freedom of thought and expression essential. Yet over the past decade college campuses have seen the rise of speech codes, speakers disinvited or shouted down, professors offending against the approved catechism forced to apologize, submit to re-education, or even to resign. And an obsession with “diversity” while suppressing the kind that should matter most—diversity of viewpoint.

Documenting these disturbing trends is Robert Boyers, who has taught in academia for half a century, currently at Skidmore. He’s the longtime editor of Salmagundi, Skidmore’s quarterly magazine of politics, culture, literature and the arts, and he is very much a man of the left. His 2019 book, The Tyranny of Virtue: Identity, The Academy, and the Hunt for Political Heresies, calls out the perversion of liberal ideals he sees in American universities—political correctness metastasizing into a rigid party line that brooks no dissent, while plunging down rabbit holes of absurdism. The book is full of horror stories from the author’s own experience. Contradictions and ironies abound. The reader enters a hall of mirrors.

The book’s main theme is dismay at the suppression of argument, with key issues deemed settled beyond dispute, no discussion allowed. How to justify this? Postmodernism promoted the idea that argument itself is suspect because nothing is really true and reason cannot surmount that. Hence a refusal to countenance debate. And while postmodernism encouraged a fetish for nonjudgmentalism, in academia this strangely transmogrified into a judgmentalism of the harshest sort—against any deviation from the canonical ideology.

Boyers relates a cautionary tale of how his own younger self once swallowed an apologia by Herbert Marcuse that freedom of speech must yield to an enlightened minority whose virtue entitles it to suppress divergent views deemed harmful. Fortunately, Boyers himself ultimately gagged on this bilge. Unfortunately, such intellectual arrogance is at the heart of today’s academic culture.

If the PC catechism is really as manifestly correct as its woke minions seem to think, then how is it threatened by debate? Maybe they fear they’ve built a house of cards that cannot withstand scrutiny, so scrutiny is barred. […]