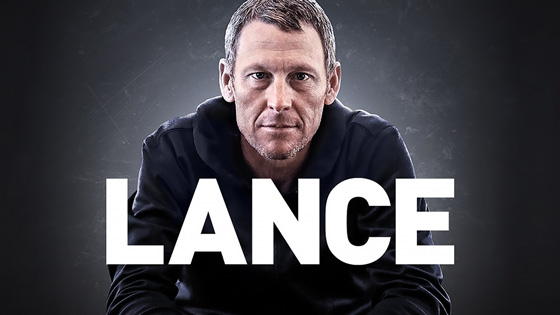 Part 2 of the documentary film “Lance” airs tonight on ESPN and served as a catalyst for this article that employs game theory to understand why athletes dope even when they don’t want to, as well as thoughts on forgiveness and redemption. The article is a follow up to and extension of Dr. Shermer’s article in the April 2008 issue of Scientific American.

All images within are screenshots from Marina Zenovich’s 3 hour and 22 minute film and are courtesy of ESPN, who provided a press screener. In appreciation. Zenovich also produced Robin Williams: Come Inside My Mind (2018), Water & Power: A California Heist (2017), Richard Pryor: Omit the Logic (2013), and Roman Polanski: Odd Man Out (2012).

Wicked Games
Lance Armstrong, Forgiveness and Redemption, and a Game Theory of Doping

Toward the end of Marina Zenovich’s riveting documentary film on Lance Armstrong, titled simply Lance and broadcast on ESPN May 24 and May 31, 2020, the former 7-time Tour de France champion grouses about the apparent ethical hypocrisy of why TdF champions like the German Jan Ullrich (1997), the Italian Marco Pantani (1998), and himself (1999–2005) were utterly disgraced and had their lives ruined because of their doping, whereas cyclists such as the German Eric Zabel, the Italian Ivan Basso, and the American George Hincapie are “idolized, glorified, given jobs, invited to races, put on TV” even though they’re “no different from us” inasmuch as they doped as well. Of Pantani, whom Armstrong famously battled up many a mountainous climb, Lance scowls that “they disgrace Marco Pantani, they destroy him in the press, they kick him out of the sport, and he’s dead. He’s fucking dead!” Ditto Ullrich. “They disgrace, they destroy, and they fucking ruin Jan Ullrich’s life. Why? … That’s why I went. Because that’s fucking bullshit.” 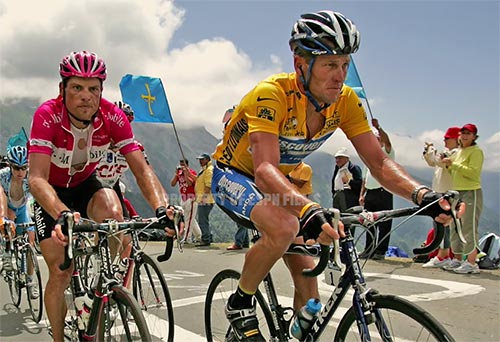 This invective, in fact, comes on the heels of the most touching moment of the nearly 3.5-hour film, in which a lachrymose Armstrong loses his tough-guy composure when asked why he spontaneously flew to Europe to support his former rival in his time of need. Ullrich’s life was unraveling after a series of incidents involving drugs, alcohol, and violence, and Armstrong’s emotional fracture in recalling it is so out of character from his public image that it may give even his most cynical critics pause. His answer? “I love him.” 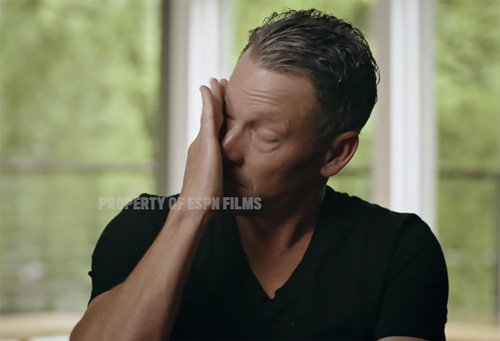 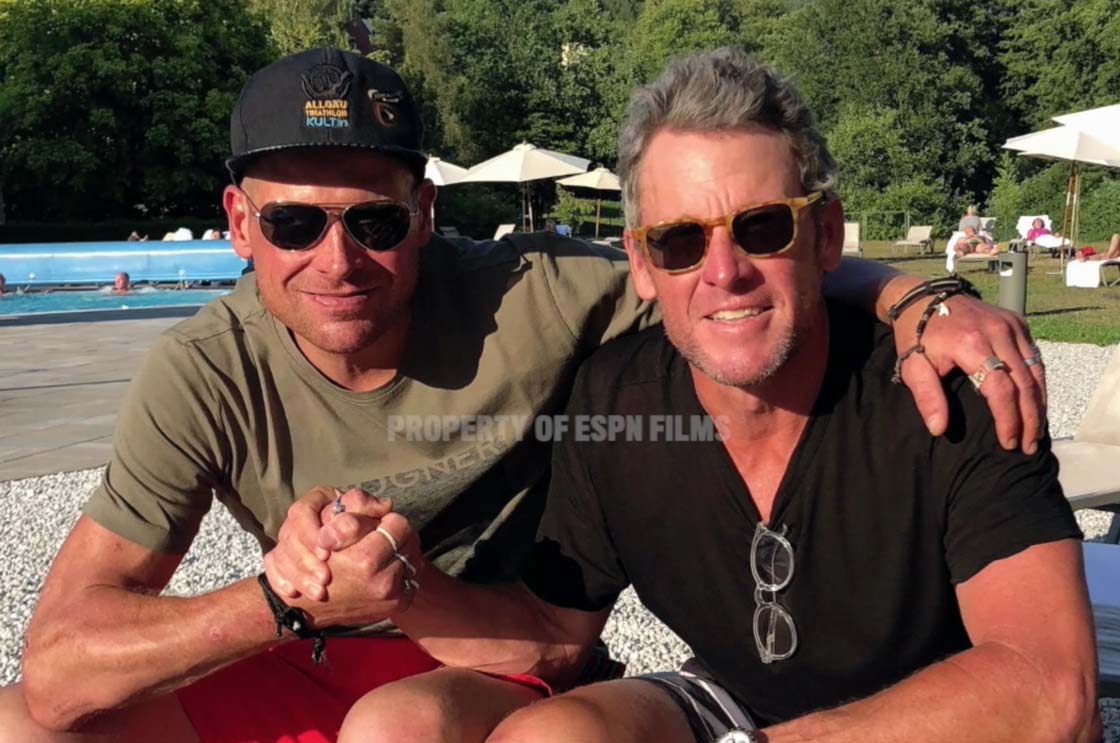 That a quintessentially straight jock from Texas would admit on camera that he loves another man surely humanizes someone who has otherwise for decades been a picture of leather-neck toughness, a “badass motherfucker” as his former teammate Floyd Landis describes him. If he were a 1950’s test pilot he’d be a steely-eyed missileman staring down the sound barrier. If he were a boxer he’d be Jake LaMotta mercilessly pounding opponents into the canvas. If he were a basketball player he’d be Michael Jordan, entering each sporting contest like it was a matter of life and death, which it was for Lance. “I like to win,” he told filmmaker Alex Gibney, “but more than anything, I can’t stand this idea of losing. Because to me, losing means death.”

That such a film as this is so widely viewed, coming as it is on the heels of the most-watched show in ESPN history, on Michael Jordan’s final season with the Chicago Bulls, is one answer to Lance’s puzzlement about the asymmetrical treatment he has received. It was over two decades ago (1999) that Lance won his first Tour de France and was invited to Bill Clinton’s White House. To put this into further perspective, Armstrong won his 7th and last Tour de France two years before Steve Jobs introduced the iPhone in 2007. That seems a lifetime ago, and yet we’re still talking about Lance Armstrong. Why? 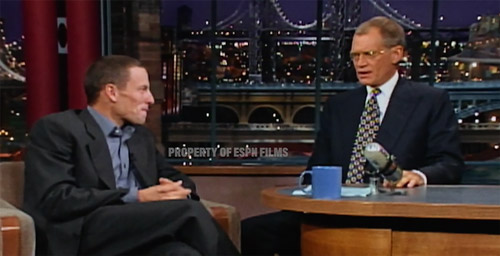 To answer the question I think we must distinguish between Lance’s doping that was, in fact, a logical outcome of a corrupt system that forced most top cyclists at the time to choose between cheating and quitting, from his mendacity and intimidation to enforce Omerta that included threats, lawsuits, libelous public statements, and alleged backroom deals that harmed anyone who threatened to break their silence. As well, to invoke the title of Armstrong’s bestselling memoir, it was never about the bike and always about Lance. As the idiom suggests, those who reach great heights have further to fall. In short, the continued interest in the rise and fall of Lance Armstrong has more to do with the human condition and what it reveals about our species and the wicked games we play.

The Dope on Doping

Doping has long been a part of cycling. From the 1940s through the 1980s stimulants and painkillers were ubiquitous. As the 5-time Tour winner Jacques Anquetil snorted, “You can’t ride the Tour de France on mineral water.” And when challenged to elaborate, quipped: “Everyone in cycling dopes himself. Those who claim they don’t are liars.” With that as the norm, doping regulations were virtually nonexistent until the British champion Tom Simpson keeled over dead on the climb up the legendary Mont Ventoux in the 1967 Tour. An autopsy revealed a pharmacopoeia of drugs in his body and a vial of amphetamines in his jersey pocket. But even after that tragedy and the implementation of incipient testing, the dopers were always ahead of the doping controls. When I was competing in the 3,000-mile nonstop transcontinental bicycle Race Across America in the 1980s blood doping was both popular and allowed until after the 1984 Olympics and was a quantum leap over earlier techniques, but I begged off it because it seemed medically risky to inject a bag of your own or someone else’s blood in order to boost the amount of oxygen-carrying red blood cells in your system. Lance’s teammate Tyler Hamilton, in his 2012 book The Secret Race, recounts horror stories about injecting bags of spoiled blood and the illness that followed. […]