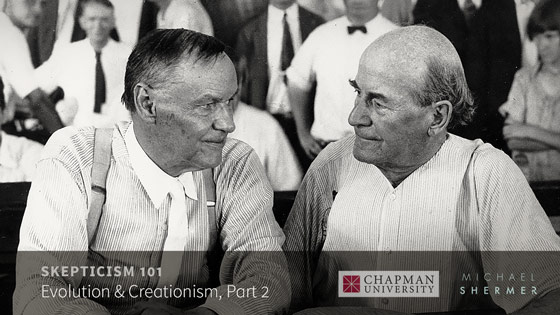 Michael Shermer on Evolution & Creationism, Part 2: Who says evolution never happened, why do they say it, and what do they claim?

Dr. Michael Shermer continues the discussion of evolution and creationism, focusing on the history of the creationism movement and the four stages it has gone through: (1) Banning the teaching of evolution, (2) Demanding equal time for Genesis and Darwin, (3) Demanding equal time for creation-science and evolution-science, and (4) Intelligent Design theory. Shermer provides the legal, cultural, and political context for how and why creationism evolved over the 150 years since Darwin published On the Origin of Species in 1859, thereby providing a naturalistic account of life, ultimately displacing the creationist supernatural account. Finally, Shermer reviews the best arguments made by creationists and why they’re wrong.