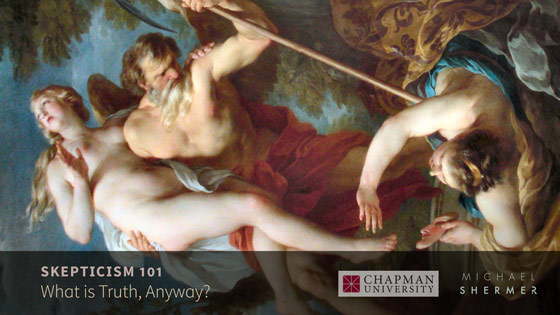 What is Truth, Anyway? Michael Shermer gives a remote lecture that anyone can watch for free.

In this lecture Dr. Michael Shermer addresses one of the deepest questions of all: what is truth? How do we know what is true, untrue, or uncertain? Given that none of us are omniscient, all claims to knowledge carry a certain level of uncertainty. Given that fact, how can we determine what is true? Included: subjective/internal vs. objective/external truths, Hume’s theory of causality, correlation and causation, the principle of proportionality (or why extraordinary claims require extraordinary evidence), how to think about miracles and the resurrection, mysterian mysteries, post-truth, rational irrationalities, the man who saved the world, Bayesian reasoning, and why love depends on evidence.

Are we living in a Post-Truth era of fake news and alternative facts? Has Left-Wing postmodernism and Right-Wing politicization of the world distorted reality beyond recognition? In response to the cover story of Skeptic magazine 25.1 (2020) by Steven Pinker that we are not living in a post-truth era, Dr. Lee McIntyre avers that we must take seriously the threat to truth posed both by those who would subvert the truth for political gain, and also by those who would deny that such a threat actually exists. McIntyre’s essay is followed by a response from Dr. Michael Shermer.

Why We Are Living in a Post-Truth Era

Consider the statement “We are living in a post-truth era.” Is it true? If so, it cannot be true.

That is, to say we are living in a post-truth era is itself to make a truth claim…which demonstrates that truth must matter after all.

But who said that it didn’t? The idea of post-truth has often been misunderstood, by Pinker and others, to reduce to one of several straw men:

Instead, the claim that we live in a post-truth era is properly based on the idea that truth today is under threat. Our society has an infection that needs to be treated, even if it is not quite yet lifethreatening. Isn’t it therefore possible that claims 1–4 above are false, yet we should still take the idea of post-truth seriously?

We live in a time when far too many people— especially those in positions of power—lie about or ignore reality, and seem to pay no political price for it. In my book Post-Truth (MIT Press, 2018), I define post-truth as the “political subordination of reality.” It is a tactic in the authoritarian toolbox, whereby disinformation is used not simply to convince someone that a falsehood is true, but to so overwhelm the information stream with fakery that it can cause the citizenry to give up on the idea of facts and truth all together. As Jason Stanley points out in his outstanding book How Propaganda Works, propaganda is not meant to convince you, but to show you who’s boss. A true authoritarian does not need your cognitive consent. Instead, their message is: “I am so powerful that I can dominate your reality, and there is nothing you can do about it.” […] 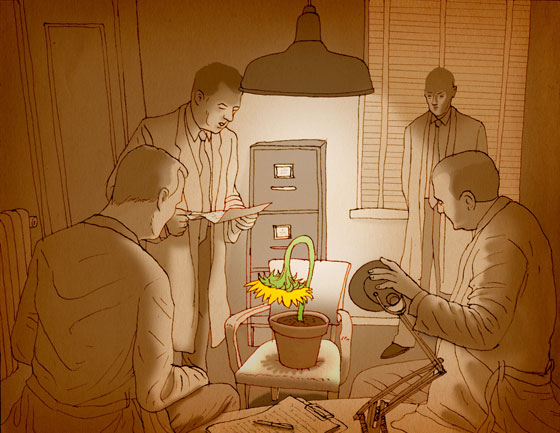 Is post-truth the political subordination of reality? Is truth itself any more under threat today that in the past? Have the populists & postmodernists won the day? In response to Dr. McIntyre’s essay (above), Dr. Michael Shermer asserts that people are not nearly as gullible as some believe.

The Truth About Post-Truth Truthiness

Words embody ideas, and their changing usage and meaning are tracked by lexicographers in dictionaries, which therein become barometers of cultural trends. In 2006, for example, the American Dialect Society and Merriam-Webster’s both chose as their word of the year the neologism “truthiness”, introduced by the comedian Stephen Colbert on the premiere episode of his satirical mock news show The Colbert Report (on which I appeared twice1), meaning “the truth we want to exist.”2 It was a prescient comedic bit as a decade later three examples of truthiness entered our lexicon.

After Donald Trump’s Presidential inauguration on January 20, 2017, his special counselor Kellyanne Conway concocted the term “alternative facts” during a Meet the Press interview while defending White House Press Secretary Sean Spicer’s inaccurate statement about the size of the crowd that day. “Our press secretary, Sean Spicer, gave alternative facts to that [the inaugural crowd size], but the point remains that….” at which time NBC correspondent Chuck Todd cut her off: “Wait a minute. Alternative facts? … Alternative facts are not facts. They’re falsehoods.”3 German linguists deemed it the “un-word of the year” (Unwort des Jahres) for 2017. Later that year the related term “fake news” became common parlance, leaping in usage 365 percent and landing it on the “word of the year shortlist” of Collins Dictionary, which defined it as “false, often sensational, information disseminated under the guise of news reporting.”4

Such words (or un-words) are often invoked as evidence that we are living in a “post-truth” era brought on by Donald Trump (according to liberals) or by postmodernism (according to conservatives). Are we living in a post-truth world of truthiness, fake news, and alternative facts? Have the populists and postmodernists won the day? Is all the political, economic, and social progress we have achieved over the past several centuries in reversal—the abolition of slavery and torture, the decline of homicide, crime, and violence, the cessation of the European Great Powers wars, and the expansion of the moral sphere to include civil rights, women’s rights, children’s rights, worker’s rights, and gay rights for more people in more places more of the time? Are we lurching backwards to the Middle Ages when bigots lighted faggots to torch women as witches? 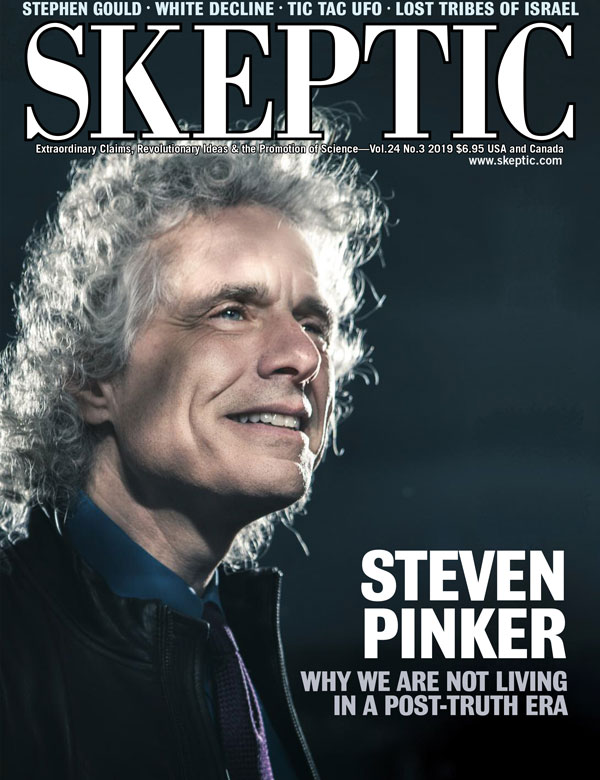 No. The Fall 2019 cover story of Skeptic by the Harvard psychologist Steven Pinker, “Why We Are Not Living in a Post-Truth Era,” explains why, starting with this question: Is the statement “We are living in a post-truth era”…true? If it is, then it isn’t! That is, if you argue that the statement is true then you are making an argument, which means you are committed to determining whether the statement is true or false, which means we have not passed into a post-truth world. Similarly, is the statement “humans are irrational” rational? If it is, then it can’t be because, as Pinker asks rhetorically, “If humans were truly irrational, who specified the benchmark of rationality against which humans don’t measure up?”5 As Pinker reflected in his 2018 book Enlightenment Now: The Case for Reason, Science, Humanism, and Progress, “Mendacity, truth-shading, conspiracy theories, extraordinary popular delusions, and the madness of crowds are as old as our species, but so is the conviction that some ideas are right and others are wrong.”6 […]