Michael Shermer with Walter Scheidel — Escape from Rome: The Failure of Empire and the Road to Prosperity What has the Roman Empire ever done for us? Fall and go away. That is the striking conclusion of historian Walter Scheidel as he recounts the gripping story of how the end of the Roman Empire was the beginning of the modern world. The fall of the Roman Empire has long been considered one of the greatest disasters in history but Scheidel argues that Rome’s dramatic collapse was actually the best thing that ever happened, clearing the path for Europe’s economic rise and the creation of the modern age. Shermer and Scheidel range across the entire premodern world and up to the present, discussing:

Dr. Walter Scheidel is an Austrian historian who teaches ancient history at Stanford University. His main research interests are ancient social and economic history, pre-modern historical demography, and comparative and transdisciplinary approaches to world history. He is the author of The Great Leveler: Violence and the History of Inequality from the Stone Age to the Twenty-First Century, On Human Bondage: After Slavery and Social Death, The Science of Roman History: Biology, Climate and the Future of the Past, The Cambridge Companion to the Roman Economy, The Oxford Handbook of Roman Studies, and Rome, China: Comparative Perspectives on Ancient World Empires, and more. 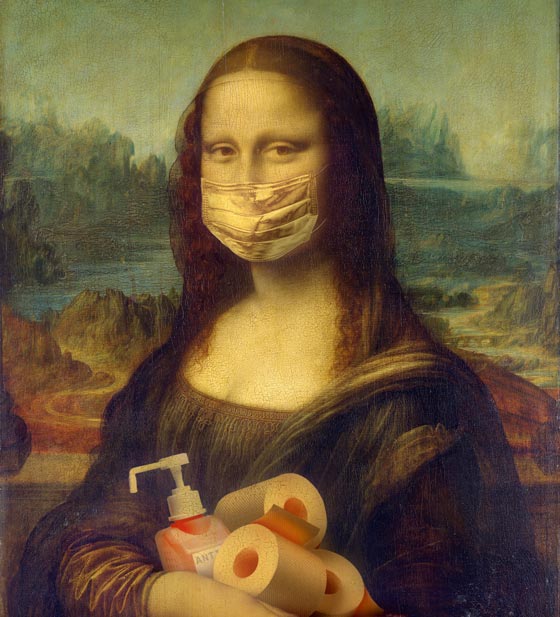 Photo by Yaroslav Danylchenko from Pexels

Masks have been proven to reduce the spread of COVID-19, but instead of believing the evidence and following public health guidelines, many people have turned mask wearing into a political statement. They are refusing to wear masks for reasons that are laughable. Rejecting masks is selfish: it means they don’t care if other people get sick and die. Here’s what Harriet Hall, M.D., The SkepDoc, has to say about it.

Wear a Mask, But Act as If It Doesn’t Work

As I write this on June 29, 2020, we are in the midst of a global pandemic with a scary, rapidly spreading new virus that we don’t understand very well yet. Globally, 10,199,798 have become infected and 502,947 have died, for a 4.93% death rate. In the U.S., 125,928 people have died out of 2,564,163 infections, for a 4.91% death rate. The bad news is that the actual number of infected people is very likely much higher, inasmuch as testing has been hit and miss, so that means the death rate may not be so high. Nevertheless, the raw number of deaths is a staggering figure and everyone is, or ought to be, worried about getting COVID-19. What can you do to prevent catching the disease?

The rational response would be to listen to expert advice and follow the best public health precautions to minimize the risk of catching or spreading COVID-19, which includes frequent handwashing, remaining isolated as much as you can, social distancing when out in public, and wearing a mask around others. But this relatively simple advice has morphed from a public health recommendation to a political hot-button issue. Medical experts recommend masks, for example, but the President sets a bad example by refusing to wear one. Medical authorities recommend social distancing, but people are still crowding together in many settings, and many of them are not wearing masks. Where this has happened in places that began to reopen in May, most notably Florida, Arizona, and California, COVID-19 has come roaring back. Here are some reasons why wearing masks is important.

Surgeons wear surgical masks for many hours a day, day after day. They don’t have any trouble breathing. They are well trained. They know they have to keep their meticulously scrubbed and gloved hands sterile. They know they can’t touch their eyes or their faces and must not touch the mask. If it needs adjusting, they get a nurse or technician to do if for them. If something itches, they know they mustn’t scratch; they ask someone who is not scrubbed in to scratch it for them. They tolerate these minor annoyances not for their own personal benefit, but for the benefit of others. They know the precautions are necessary to minimize the risk of infection in the patients they are operating on.

I wonder how mask refusers would react if their surgeon wanted to perform major surgery on them without wearing a mask. Can you imagine the reaction if a surgeon said, “This is America and I am free to not wear a mask in surgery if I don’t feel like it!” Hopefully mask deniers would realize that would not be a good idea, but I’m not so sure they would.

Surgeons themselves were slow to adapt. In the not so “good old days,” they operated in street clothes with no gowns or gloves, and with unwashed hands. Sometimes the street clothes were visibly filthy or even blood-stained. When Ignaz Semmelweis (1818–1865) discovered that doctors had been causing puerperal fever, they refused to believe they were at fault. They had been going directly from autopsies to the wards, where they touched obstetrical patients, transmitting the deadly bacteria. No wonder they resisted Semmelweis: they didn’t believe in germs (the germ theory of disease wasn’t established until long after his death). Handwashing was shown to reduce mortality to less than 1%, but they refused to believe the evidence. A frustrated Semmelweis had a nervous breakdown and died in a mental institution.

Surgeons didn’t start consistently wearing gowns until 1901, caps until 1930, gloves until 1937, and masks until 1937. Today, no one in medicine is a mask denier. Not only because they have pledged an oath to “first, do no harm,” but also because they understand the principle of freedom: that the freedom for me to swing my fist ends at your nose. People should be free from other people’s germs where possible, and that is why masks and social distancing are advised. […]