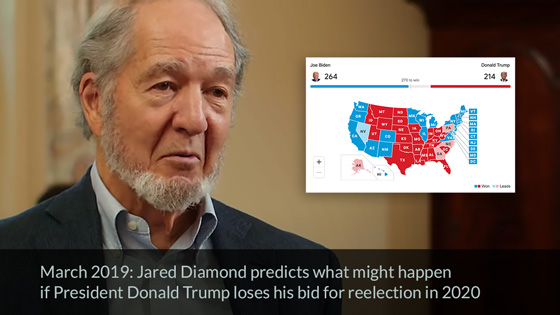 What might happen if President Trump loses his bid for reelection? Michael Shermer asks Jared Diamond this very question in his Science Salon conversation recorded on March 13, 2019, in Dr. Diamond’s home, in the context of discussing his book Upheaval: Turning Points for Nations in Crisis. As you will see in this two-and-a-half minute clip, Dr. Diamond perfectly predicts what is unfolding before our very eyes this week. (This clip is from Science Salon # 65.) 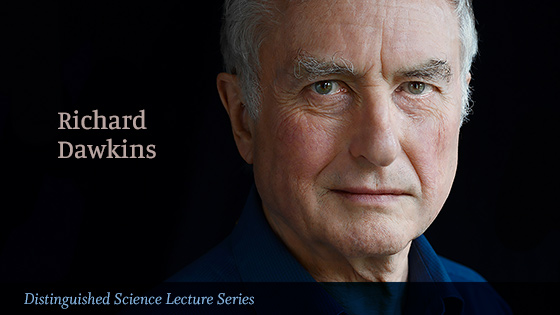 Dr. Richard Dawkins in Conversation with Dr. Michael Shermer — The Greatest Show on Earth: The Evidence for Evolution 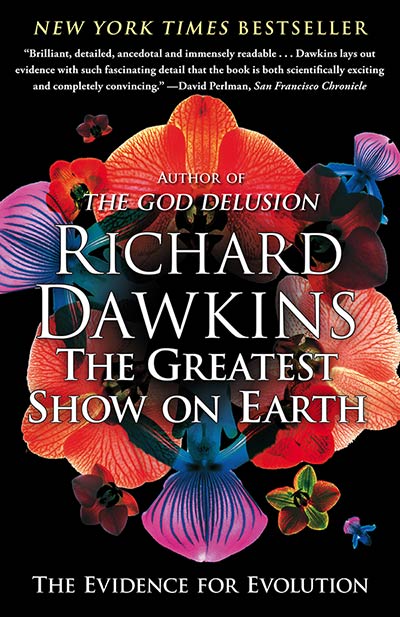 This lecture was recorded on October 6, 2010 as part of the Distinguished Science Lecture Series hosted by Michael Shermer and presented by The Skeptics Society in California (1992–2015).

Richard Dawkins, discussing his book The Greatest Show on Earth: The Evidence for Evolution, begins by explaining that all of his previous books naïvely assumed the fact of evolution, which meant that he never got around to laying out the evidence that evolution is true. Dawkins also came to realize that a disturbingly large percentage of the American and British public didn’t share his enthusiasm for evolution. In fact, they actively abhorred the idea, since it seemed to contradict the Bible and diminish the role of God. So Dawkins decided to write a book for these history-deniers, in which he would dispassionately demonstrate the truth of evolution beyond sane, informed, intelligent doubt. If Charles Darwin walked into a 21st-century bookstore and wanted to know how his theory had fared, this is the book he should pick up. As Darwin famously noted, “There is grandeur in this view of life.” What Dawkins demonstrates is that this view of life isn’t just grand: it’s also undeniably true.

You play a vital part in our commitment to promoting science and reason. If you enjoy this lecture from our Distinguished Science Lecture Series, please show your support.