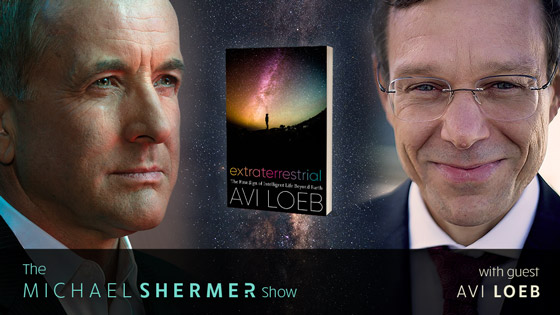 According to the Harvard astronomer Avi Loeb, we have proof of alien existence, and more sightings are coming soon. In late 2017, scientists at a Hawaiian observatory glimpsed an object soaring through our inner solar system, moving so quickly that it could only have come from another star. Loeb argued that it was not an asteroid; it was moving too fast along a strange orbit and left no trail of gas or debris in its wake. There was only one conceivable explanation: the object was a piece of advanced technology created by an ancient alien civilization. This was a shocking claim, and many were vehemently opposed to Avi’s view. In his new book, and in this conversation, Loeb outlines his controversial theory and its profound implications for science, religion, and the future of our species and our planet. Also highlighted, and perhaps at the heart of his message, is Loeb’s plea for open and eager scientific inquiry into this field of study, and his calls for deeper faith in science and the breaking down of barriers between the scientific community and the non-scientific community.